Eight Guernsey Athletes have been selected to represent Hampshire in the Inter Counties Cross Country to be held at Cofton Park, Birmingham on Sat March 7th.

Louise Perrio and Sarah Mercier are named alongside Louise Damen and Kath Bailey in a team of 9, together they make 4 of the 6 scorers that won County team gold in 2013.  Louise Damen was also the 2013 individual race winner.

Richard Kowenicki, who was an impressive 4th place in the January’s county championship, is named in the Senior men’s squad and George Mason in the Under 20’s.

Dan Galpin(U17)  is rewarded for his hard work with his first county selection and Oscar Bell makes the U13 squad with a year left in the age bracket.  Alex Rowe(U15B)  and Katie Rowe(U17G) are also both selected. They made the top 25 last time they raced at Birmingham and are both returning to the sort of form that may well see them repeat that feat.  Danny Ray, now tentatively returning from injury, is named as a reserve for the U17 squad. Amelia Lees and Eliza Mason are named in the reserves for the U13 Girls team. 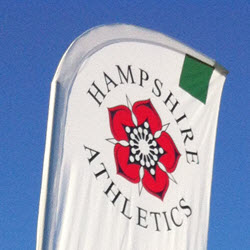