Another Olympic athlete has confirmed her attendance for the Intertrust 10th Anniversary Games on Saturday. Montell Douglas, who competed in the 100m and 4x100m relay in Beijing in 2008, will line up in the 100m at Footes Lane on Saturday.

Alongside the former British record holder will be a current national record holder. Charlotte Wingfield of Malta is on an upward curve and is looking to hone her form ahead of the World Championships in Beijing later this month. Her Maltese record stands at 11.69sec and Wingfield is hopeful of breaking the mark on the Footes Lane track.

The 100m section of the meeting begins at 15:45 (provisionally) and the final timetable will be published here shortly. 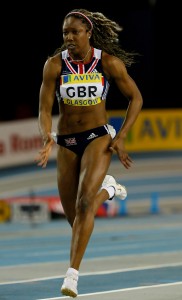 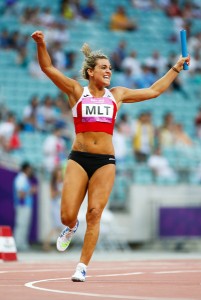