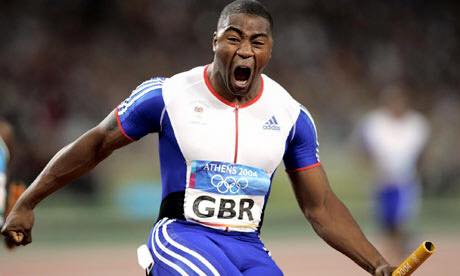 Mark Lewis-Francis, one of Great Britain’s finest ever sprinters, has been confirmed for the event taking place on Saturday. MLF took silver medals in the European Championships and Commonwealth Games in 2010 but is most well known for his anchor leg in the Beijing 2004 Olympic 4x100m relay final. Matched up against the USA’s world record holder* Maurice Greene, Lewis-Francis gritted his teeth and held off the 9.79-man to secure Britain a glorious gold medal.

Lewis-Francis’ official PB stands at 10.04sec but he was a faulty wind gauge away from joining the sub-10sec club when he posted 9.97sec at the World Championships in 2001. It would have made him the world junior record holder had it been ratifiable.

Saturday’s 100m section begins at 15:45. See the event webpage for the full timetable. 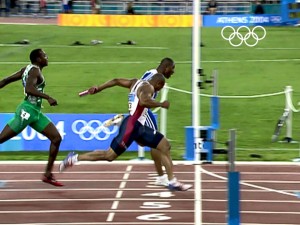 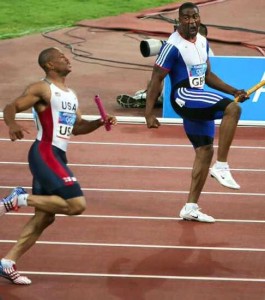 *The 100m world record stood to Tim Montgomery in 2004 but was subsequently removed from the record books due to Montgomery’s involvement with the BALCO drugs scandal, thus Greene did hold the fastest legitimate 100m time until Asafa Powell beat his record in 2005.