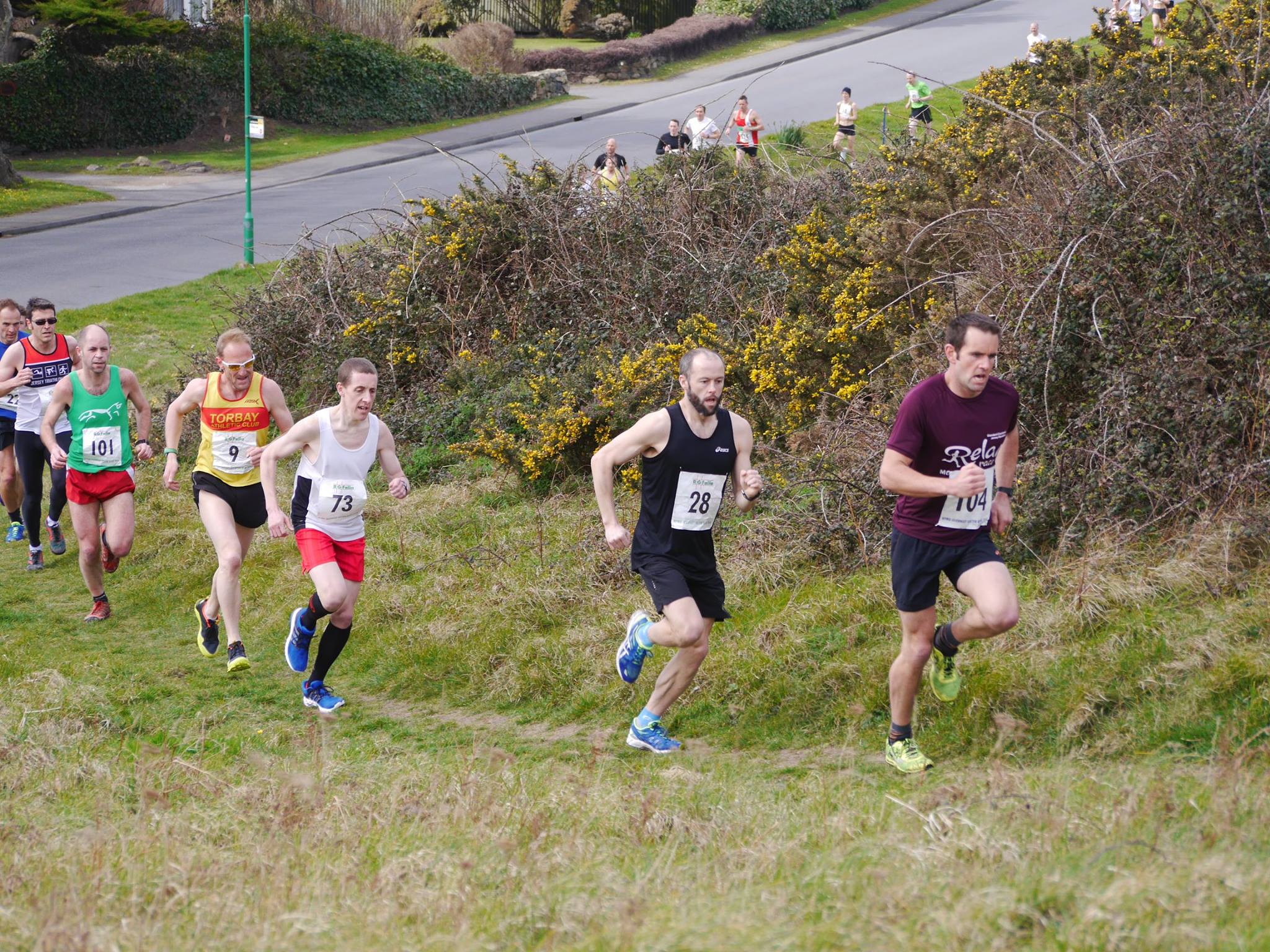 After an initial lead, Jason James took a slight wrong turn at 2 miles and had to ‘clamber over a bush to get back in place’. James re-joined the group with Peter Amy and Tristan Robilliard, then pushed on to secure first place in 27:18. This is James’ second consecutive year of winning this race. Robilliard and Amy shifted places several times but ultimately took 2nd and 3rd places respectively.

Jersey triathlete Dave Holmes was the first visitor to finish, placing 5th with 28:20. David Tomlin of Torbay AC was first veteran runner. 16-year old Sammy Galpin was the first Junior finisher,  four seconds ahead of his coach, Alan Rowe, who was first V50.

Louise Perrio was again the first woman to finish, with a time of 29:47. Over 2 minutes separated her from runners-up Helen Dyke (2nd) and Chantal Green (3rd).

This year’s race had the added challenge of strong wind, although conditions were otherwise benign, with the rain holding off until after the race. There was a crosswind for the majority of the race which became a strong headwind in the final kilometre. Veteran Simon Ingrouille claimed that ‘he really had to dig in at the end’ but felt that the conditions were not severe enough to cost more than 20 seconds.

Due to adverse conditions, tomorrow’s relays will take place on the Stonecrusher course at L’Ancresse rather than the planned location at Herm Island.