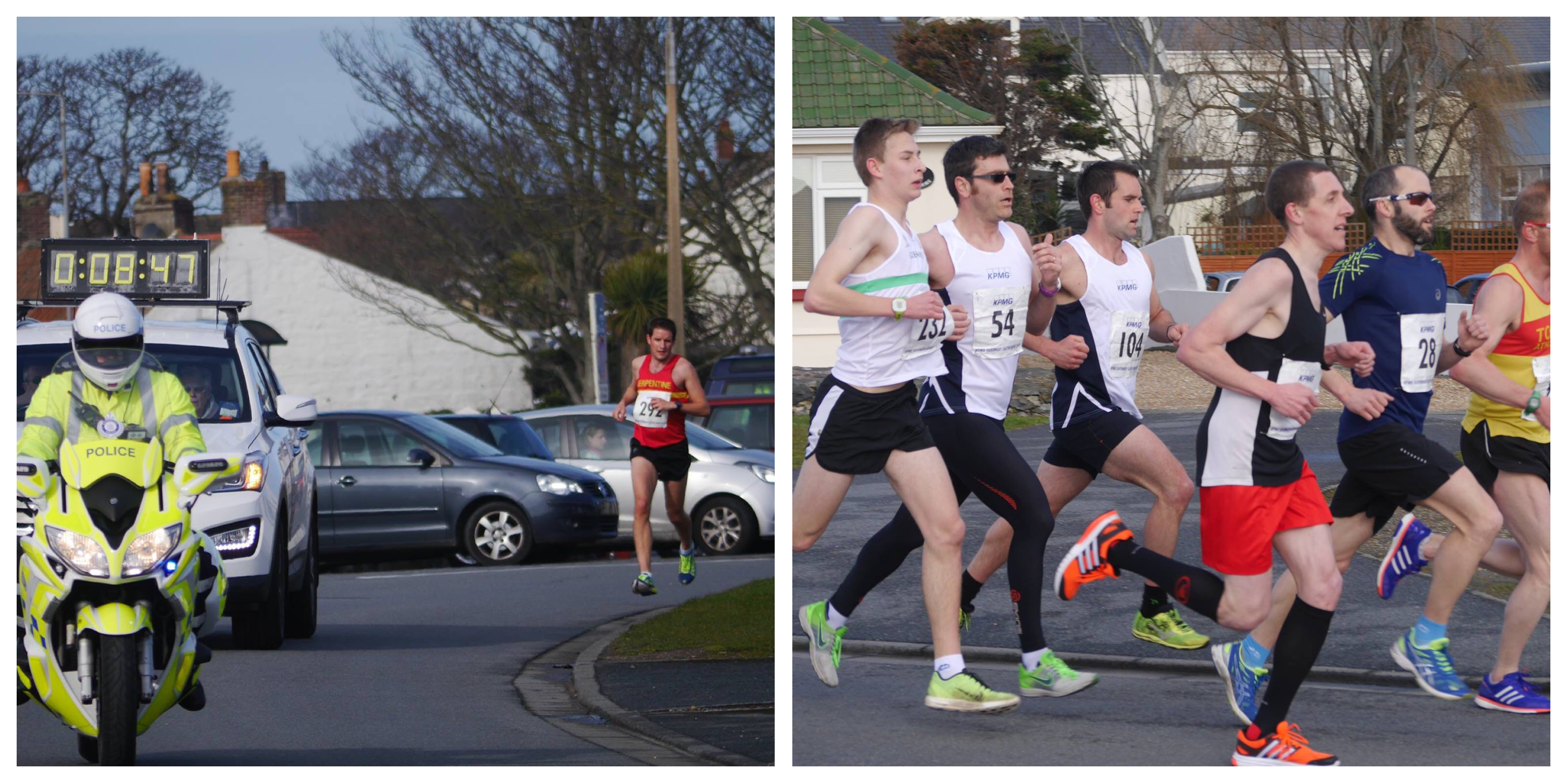 In today’s 10k road race, the final event of the weekend, Serpentine AC’s Rick Weston was clear from the start, creating a 30 second gap by the 3-kilometre mark and finishing in 34:28. The real race today was the one for second place. A sizeable chase pack had amassed just behind him, taking turns to fight the wind in the second half.

In the closing stages, the chase pack had been reduced to 3 Guernsey runners- Tristan Robilliard, Jason James and Dan Galpin. It was in the final kilometre that the group began to shift. Robilliard described the race as ‘a good group race up until 9k then every man for themselves’. James proved to have the strongest kick, and took second place today along with the overall men’s title. Galpin placed third, just a second behind James. Robilliard finished fourth. ‘It was one of the hardest sprint finishes I’ve ever done’ says Galpin, who was happy with his race despite facing illness in the days before the race. Torbay AC’s David Tomlin was again the fastest veteran of the day, finishing in 35:33.

Sarah Mercier ran a well-paced race to become first female finisher by a good margin, with a time of 36:36. Helen Dyke and Chantal Green were next to cross the line, with Dyke’s consistency and commitment to all four races earning her the overall female title.

Thankfully, the race conditions were not as bad as first expected. The forecast heavy rain was limited to slight drizzle after the race had finished. Although athletes faced a headwind for most of the second half, wind force had dropped considerably from last night’s gales. Today’s event proved a great way to close off a successful weekend of competition for large numbers of local and visiting athletes.