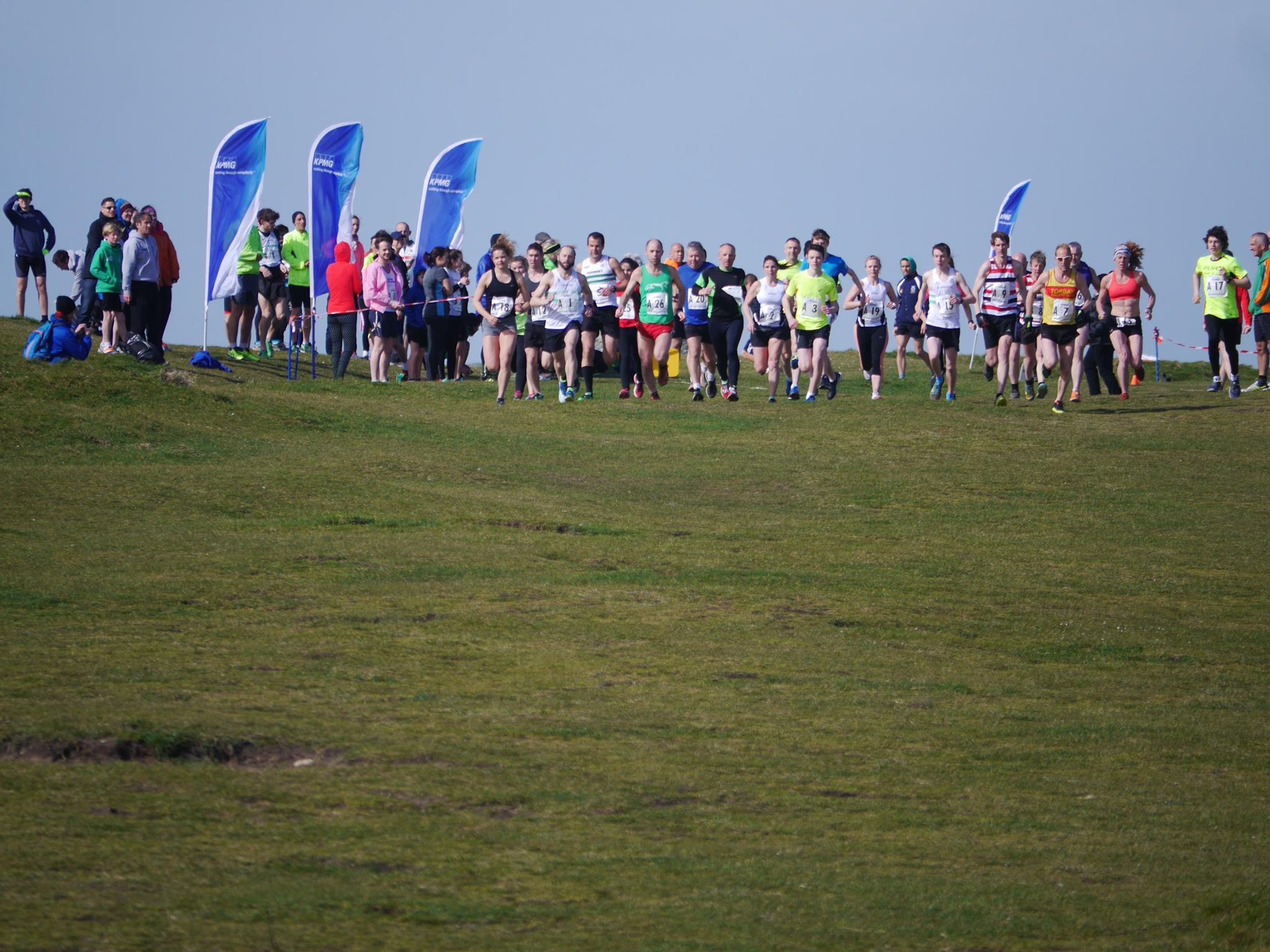 In today’s event, teams of four fought for positions around a shortened Stonecrusher loop. Each leg was around 1.1 miles in length. The morning saw tight competition between GIAAC’s senior Dogs and junior Wolves.

Tristan Robilliard led ‘GIAAC Dogs of War’ to an early lead, trailed closely by Sammy Galpin of ’The GIAAC Wolf Pack’. The senior men managed to maintain a small but significant lead through legs two and three. Yesterday’s winner Jason James began the senior men’s anchor leg with 11 seconds to his advantage. While James ran the fastest leg of the day (6:06) for eventual victory, junior Richard Bartram kept him in his sights, running the second fastest leg of the day (6:14). ‘It was a really good race’ claimed Bartram, adding that he ‘unfortunately could not close (the gap)’. The seniors took first place with a composite time of 25:21 while the juniors finished second, clocking in at 25:40.

Amongst an array of mixed teams, ‘Who rules the world, Girls!‘ was the lead female-only team with a time of 31:23. Louise Perrio, representing ’The Team with No Name’, ran the fastest individual women’s leg in a time of 6:53. The next two fastest women’s times were taken by Aldershot’s two Grice girls, Maisie and Evie.

The strong wind continued but the timing of the race was otherwise fortunate, hitting a sunny patch after downpour earlier in the day. It is hoped that conditions will remain this way for tomorrow’s 10k road race, held on a potentially fast course starting and finishing at North Beach, St. Peter Port.