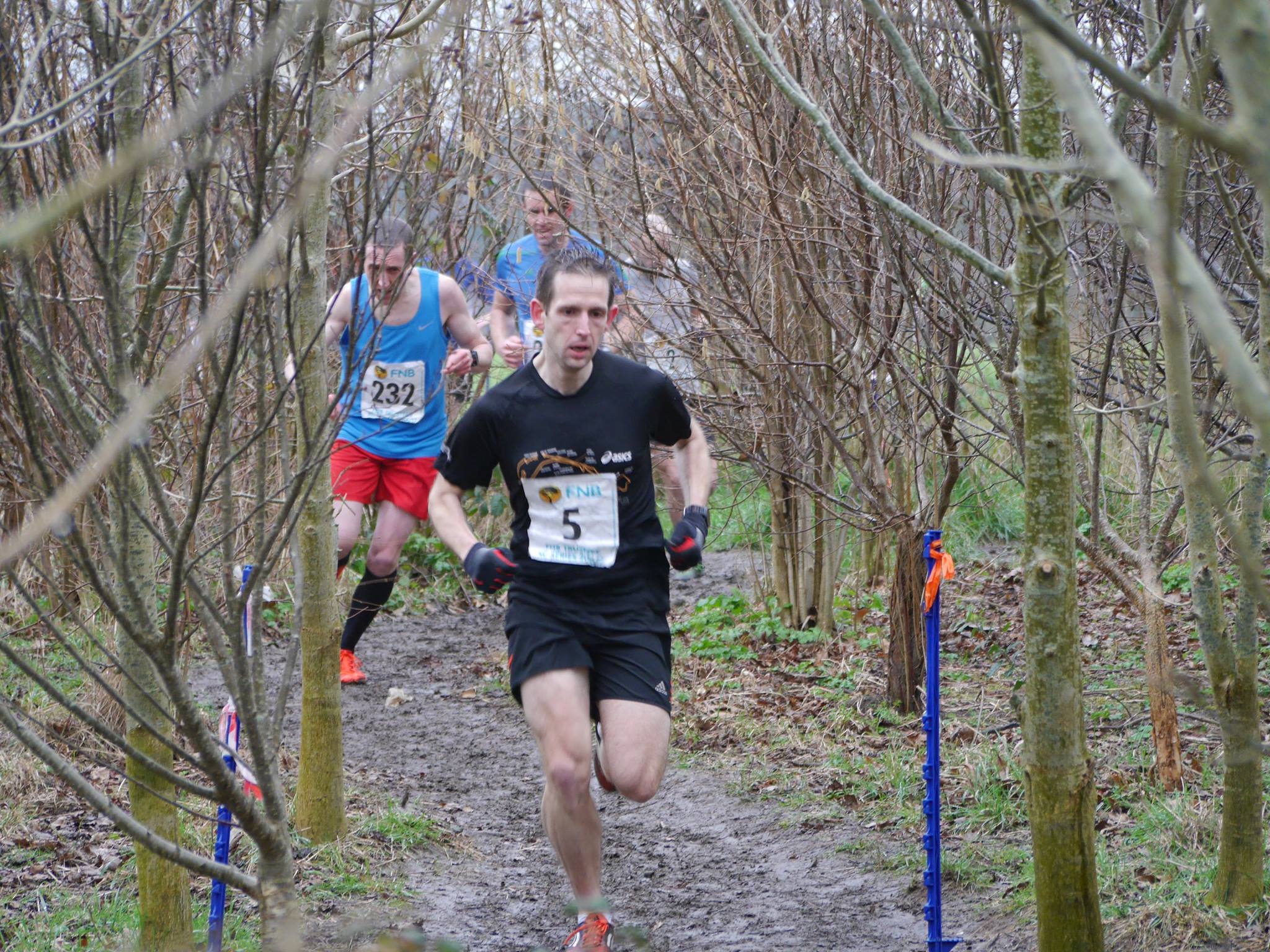 David Emery claimed his first XC Championship title in dominant fashion with an emphatic win in the 5th and final race of the 2016/17 FNB Series and Louise Perrio claimed her 11th women’s title.

The race started in sleet and a windchill temperature of just above zero but Emery made light work of the slippery and sometimes technical course to win by well over a minute from Jason James and Tristan Robilliard. It has been a strong season for Emery who won 3 of the 5 events. Robilliard’s strong run and third placing in the final event was enough to make him series runner up. Emery was in jubilant mood after the event and via social media commented on “it being the best cross Country course in Guernsey”.  Certainly the Home Farm course has a bit of everything from twisting muddy paths, to stiff climbs and open fast firm ground.

Meanwhile 17 year old Sammy Galpin was also liking the course and ran a strong race to win the Four mile race but in overall terms could not do enough to topple Sam Culverwell, who although absent in the final event had done enough in the earlier races to use this as his one race discard.  Behind Galpin Louise Perrio led the women home again on the way to an amazing 11th title.  Just 50 metres behind Jenny James was second woman across the line with Nikki Neal over two minutes further behind in third.

Mikey Ingrouille ran his best race to date to win the Division 3 Four mile  race but could not do enough to get on the podium as  Dan Armsden, Tom De Kooker and Jon Sexton did enough to seize the prize placings.

The best divisional race was arguably between Isaac Powers and Chris Bain for Div 3.1 (U15) 3 mile event, running side by side for much of the race no effort was spared as the young teenagers headed for the line but Powers just held off his younger rival.  Though absent for the race Louis Le Cheminant had done enough earlier in the series to claim the overall title.