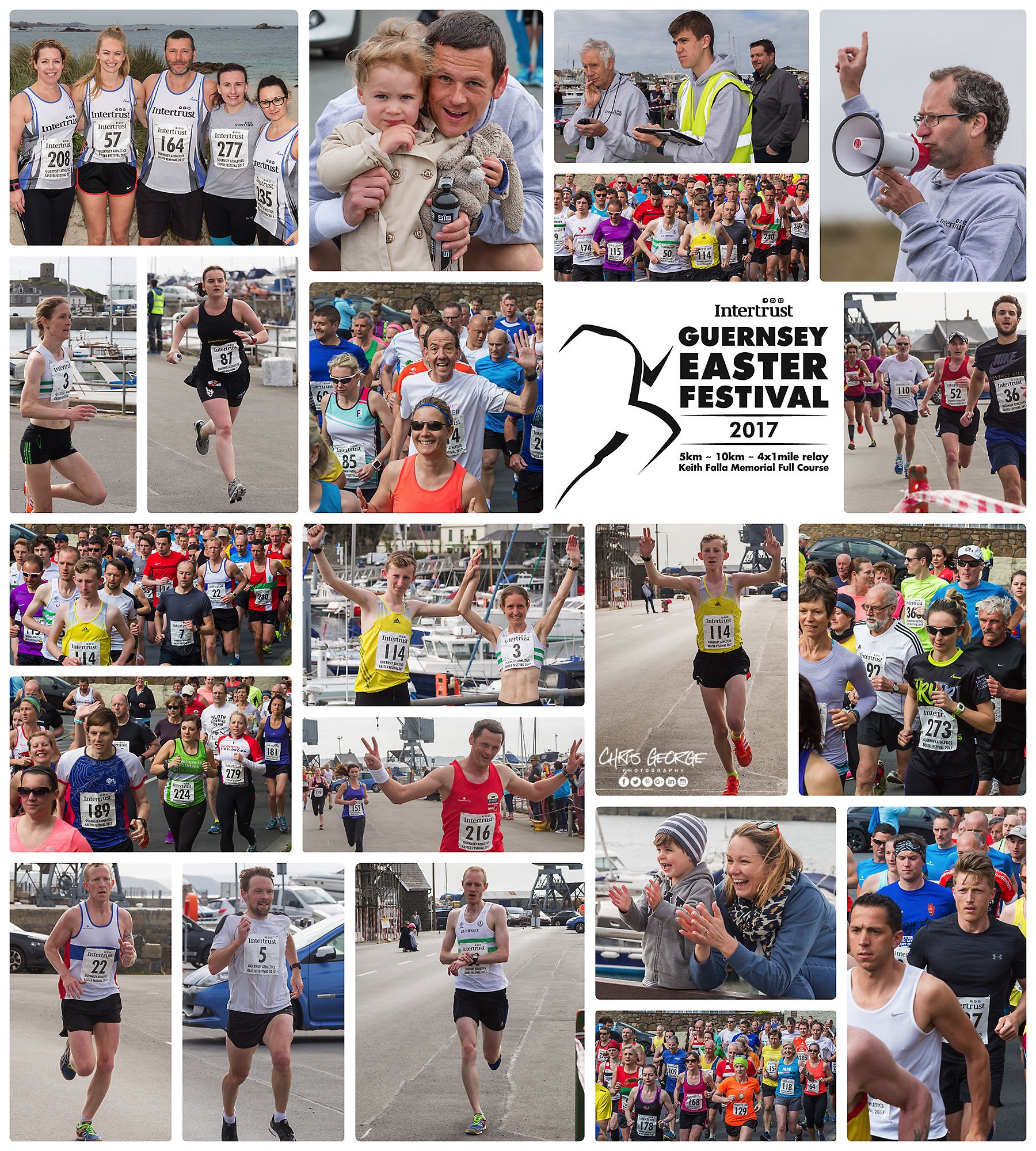 Young Portsmouth athlete Jacob O’Hara broke clear early in the 10k race to draw 200m clear of Carl Holden and continue his domination of the weekend and break the tape in a personal best time of 32 minutes 37 seconds.  In similar fashion Louise Perrio clocked up her 4th women’s win of the weekend with a fast run of 35 minutes 15 seconds to place 9th of the 185 finishers.

Behind Holden Richard Bartram just got the better of Dan Galpin after the latter produced his best run of the weekend, finally showing he is getting over the bronchial problems that have hampered his training for the last 8 weeks.    The Bath based students drew clear of a large group that included fellow Guernsey athletes Richard Friedrich, Ben Wilen, Tristan Robilliard and James de Garis but it was the middle distance speed of Bartram that saw him claim the final podium place with a strong final 400m.

Personal best times by Jenny James(38:13) and Laura McCarthy(38:38) saw them again finish second and third women athletes. The improving duo were not the only runners to set bests though as the race went ahead in near perfect conditions and a mild tailwind aided the runners for much of the new Grandes Rocques to Northside route.

After claiming the overall title 16 year old O’Hara said “I was very pleased with how I ran, my legs felt quite tired but I gritted through and was very happy with my performances overall, it wan nice to keep a winning streak.”  When asked if he would do the event again, he replied “Hopefully I’ll come back faster and fitter – there was a great atmosphere.”

Prior to the main race a large number of eighty colts and juniors raced their final event of the weekend over a  Bordeaux headland cross country course. In one of the most competitive races  Rupert Wilson eventually got his win over visiting jersey youngster Luke Holmes in the under 11 category – but in a well contested series they, like all the younger athletes, must be congratulated for their effort and sportsmanship.