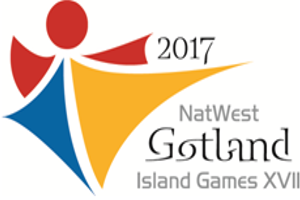 Chalmers was expected by some to withdraw from the Games following a breakthrough performance at the British Universities Championships at the start of the month, but he is fully committed to retaining his Island Games 400m title alongside his other international goals for 2017.

As well as Merrien, other previous medallists Kylie Robilliard, Sarah Mercier, Louise Perrio, Josh Allaway and Sam Wallbridge add experience to what is, like in Jersey two years ago, an exciting young team.

The team will again be managed by Tom Druce, Nick Marley and Dale Garland. Druce said of the team: “It is a stronger team than two years ago, many of the youngsters from Jersey 2015 are back again and will be much better off for their experiences last time. We also have some more debutants and I hope they will embrace the opportunity and go out there and express themselves. There is definitely big medal potential from the more experienced athletes.”

Guernsey Athletics is apologetic to its athletes that its management team and selectors were forced to deviate from the previously confirmed selection process which was scheduled to run until the end of the month. No other public explanation will be made other than to say that GIGA shall, on Guernsey Athletics’ behalf, continue to work with the International Island Games Association and other member islands in order to seek a solution to the issues encountered.