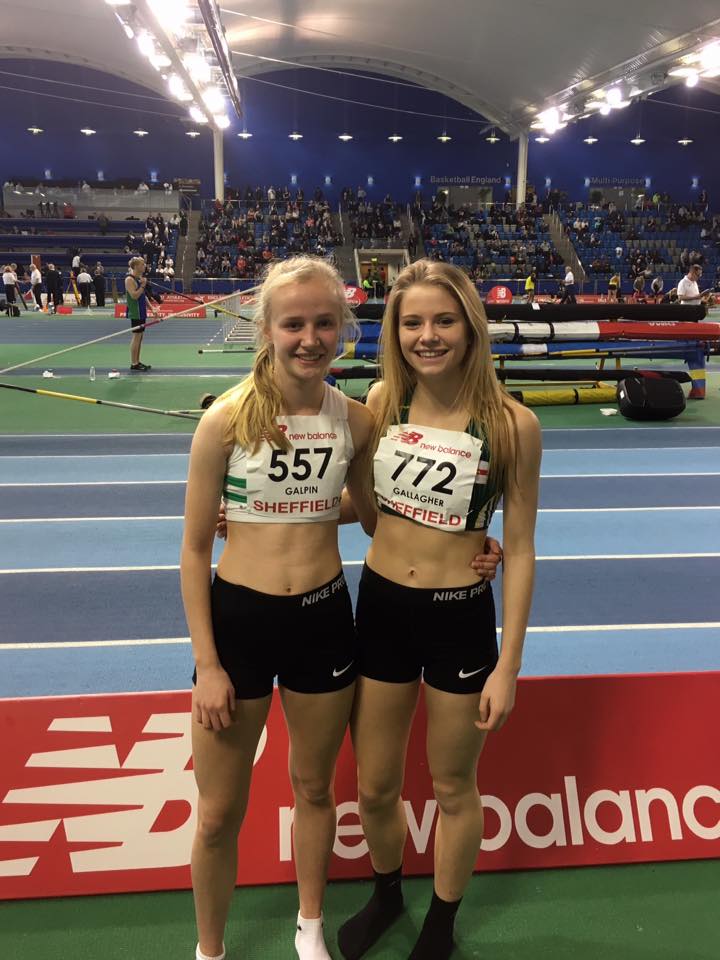 Hampshire U17 100m champion Abi Galpin (above, left) has been handed a late call-up to the athletics team for the Commonwealth Youth Games taking place in Nassau, Bahamas in July.

The sprinter had been listed as a reserve after athletics were initially handed three spots – with Alastair Chalmers, Sophie Porter and Indi Gallagher (above, right) initially named. The unfortunate late withdrawal of cyclist Alex Van Katwyk meant that Galpin was drafted in as a replacement.

The 16 year old has already shown some great form in 2017 as she raced to Hampshire gold with a fast wind-assisted time of 12.41sec (+2.5), a time which would put her 5th in the Guernsey all-time senior lists had it been achieved with a legal wind. Since then, she was also third in the high profile 200m event held at Footes Lane which saw Hannah Lesbirel take the island record – Galpin’s time of 25.80 making her the 8th fastest Guernsey women over that distance. She is also the 3rd fastest Guernsey woman of all-time over 60m indoors with a new 2017 best of 7.99sec.