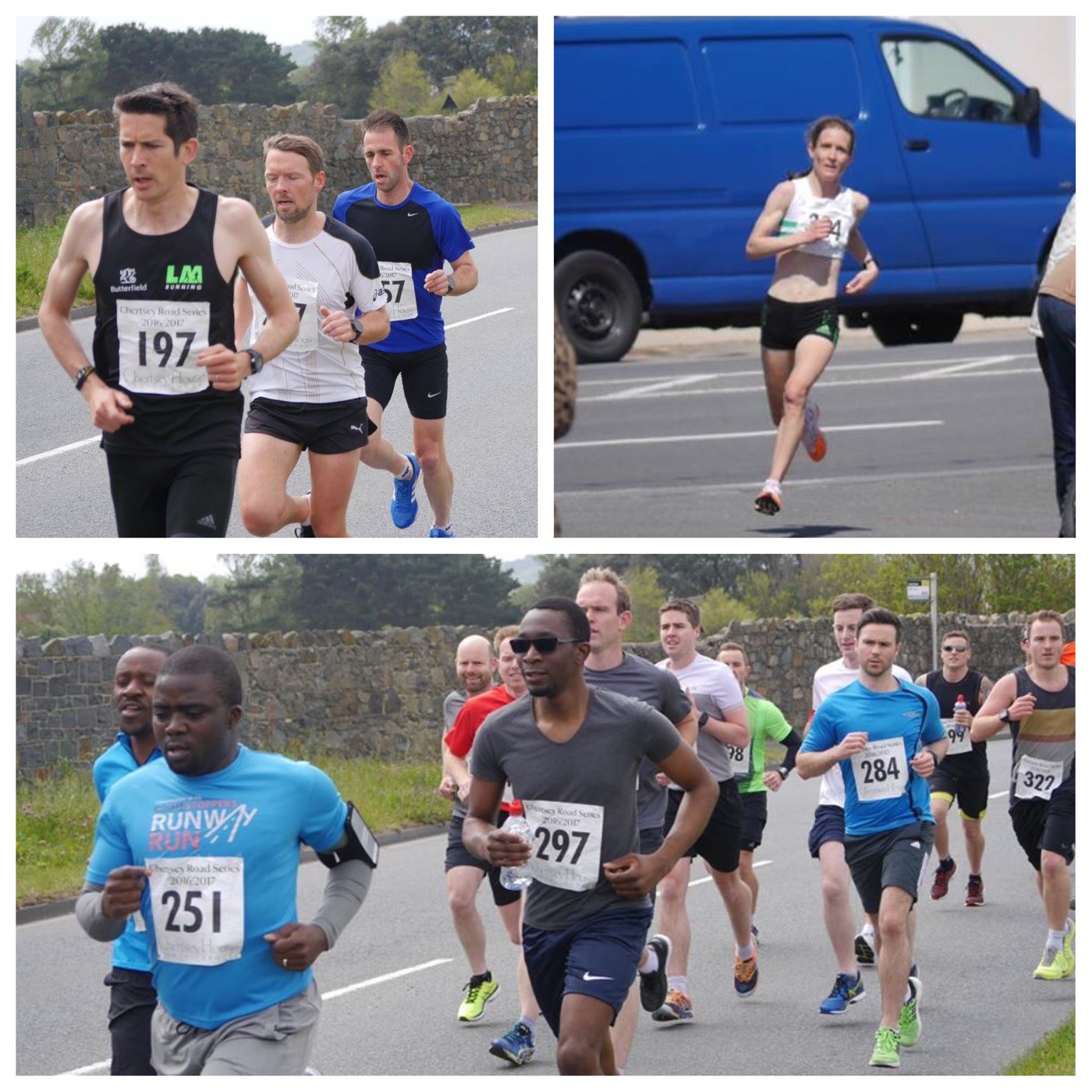 Lee Merrien cruised to a predictable victory from a record sized field of 183 finishers but it was Louise Perrio who had the broadest smile after demolishing her own women’s record for the Liberation Day 7m Road race.   (images Phil Nicolle)

Merrien stayed with Richard Friedrich and Steve Dawes, making a trio of quality returning runners at the head of the field, but just before the 2 mile mark the 2012 Olympian took control of the race and forged a 80 second victory margin.   Behind the leading trio Perrio was exceeding her own expectations and  explained  “Alan (coach-Alan Rowe) suggested running my half marathon pace for the first 3 miles then trying to speed up to 10k pace. I got in a group with Steve (Bienvenu) & Jim(De Garis)  and was quicker than expected”.  With the wind predominantly behind her in the latter stages the in-form island games hopeful flew over the second half and removed nearly a minute from her  2012 mark to cross line line in 4th overall  in a new women’s record of 40:24.

The return of Dawes has generated much interest in athletics circles and the multiple event winner did not disappoint with a quality run for third. “I got in the group with Mez and Richard and looked round before the two mile mark. We had drawn well clear of the next group so I thought “I’d better try and stay here then”  ”

The massive field of 183 finishers far exceeded organisers’ expectations – the previous largest being less than 140.

Thanks are extended to the many volunteer helpers who ensured such a large event ran smoothly.