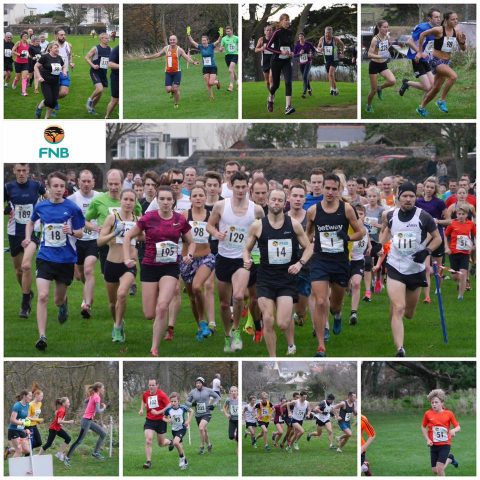 Entries from athletes  covering all ages and all standards have been streaming in and the 2017/18 FNB Cross Country league looks to be heading for its biggest fields yet.

Reigning Champions Louise Perrio and David Emery have already registered but the event’s appeal extends beyond such island games level athletes and entries are also coming in from athletes of a variety of standards and ages.  Event and Entry details Here

At the more experienced end of the spectrum septuagenarian Ray Scholes will return for another year whilst at the younger end of the spectrum Summer Woodhead – who progressed so well of the back of the league to become County under 13 Champion –  is also entered.

Staged over 5 races between October and January the courses progress in difficulty and runners are split into divisions after the second race and the top island athletes then extend themselves on courses up to six miles whilst younger, newcomer and participatory runners race over distances ranging from 2 miles to 4 miles.  Races for 5-10 year olds(Reception to Year 6)  are staged by the Club’s Colts section in conjunction with the junior and adult fixtures and over 250 runners are expected at the Delancey Opener on October 14th.

The placings at the leading end is always difficult to predict but this year should prove even more interesting as title holder Emery is expected to do battle with returning athletes such as Mike Wilesmith and Steve Dawes, recent in-form race winners Carl Holden and Pete Amy and  a range of talented junior athletes such as Alex Rowe, Sammy Galpin and Joe Yeaman who move up from last year’s division 2 to compete at the top level this year.   Leading cyclist Sam Culverwell has often shown his running prowess in the series and there are rumours that he will race again – though still being only 16 years old he may be restricted to division 2.

Entry will be taken on the day of the opening race compeitirs are requested to pre-enter  Here as this minimises any on-the-day queueing.

Credit to Phil Nicolle for images.