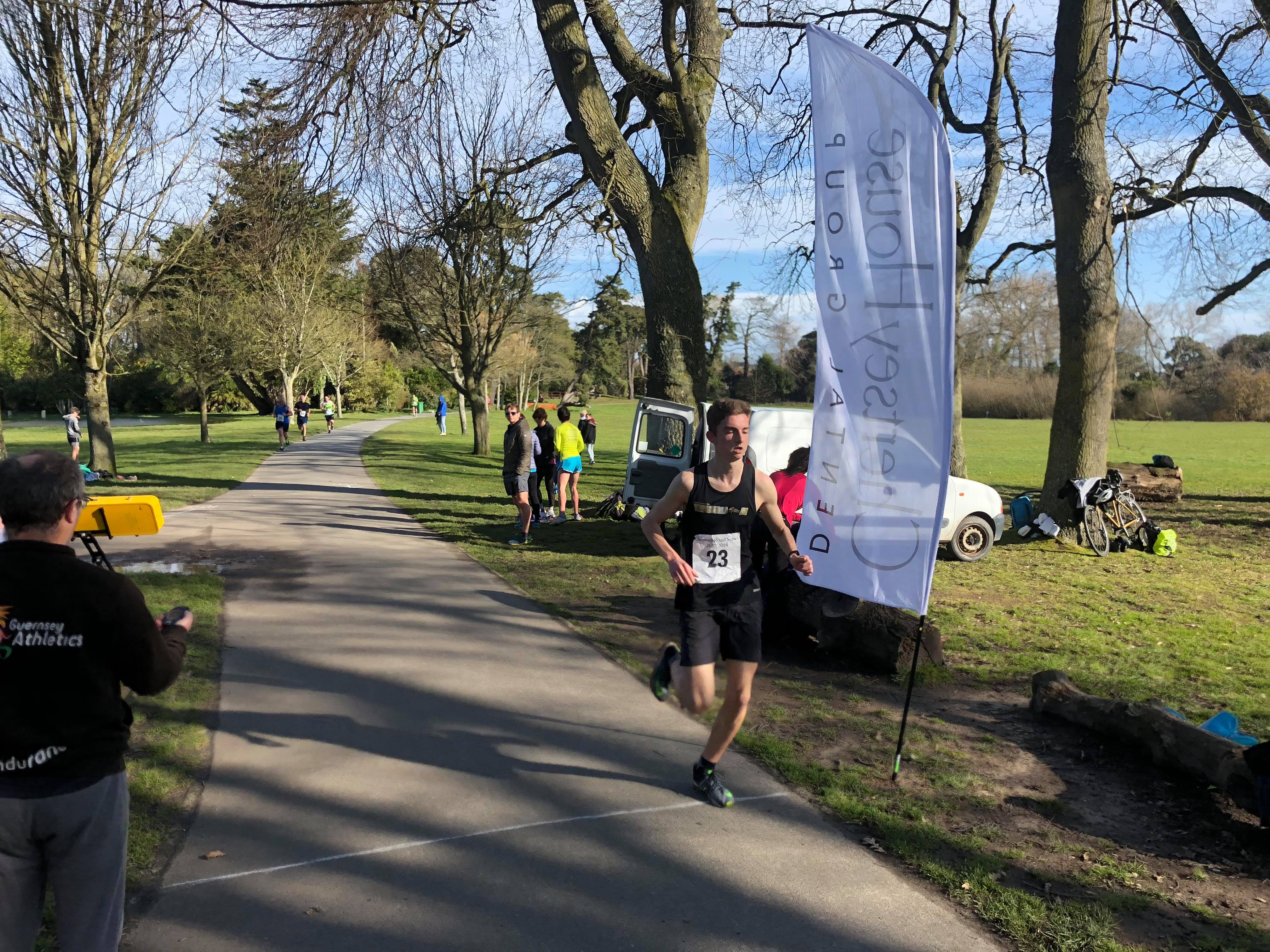 Alex Rowe quite literally made great strides last year over the middle distances and looked well at home as he eased to victory in the fourth and final race of the Chertsey House series.

The rangy eighteen year old Elizabeth College student was joined by Jim De Garis on the opening of four laps of the Saumarez Park course but soon edged away to cross the line in 17 minutes 4 seconds.    The normally sheltered 5 k route was for once impacted by a southerly wind that was into the runners faces on the one open section of the course towards the end of each lap.

Sam Lesley, who like the race winner increasingly looks at his best on the shorter track distances, was a good third and Simon Ingrouille came through for fourth.

Nikki Neal ran a well paced race to just dip below 20 minutes and lead the women in  whilst young Kate Bain took advantage of Elaine Graham’s slight misreading of the finish line to nip into second place.  Both runners were given the same 21:45 finish time.

Tom and George Nichols who reaped the rewards of a hard winter’s training to both meet their target of a sub 20 minute 5k.

Evergreen veteran Julie Lawlor again impressed, just failed to break 25 minutes and topped the age graded tables but the top 10 age and gender graded performances made interesting reading. Behind the septuagenarian the places were filled by a healthy mix of veterans, seniors and juniors of both genders down to the youngest competitor Kate Bain who is just 12 years old. In graded terms Sean Galpin just edged Simon Ingrouille for second but both scored over 80% and joined Lawlor on the podium.