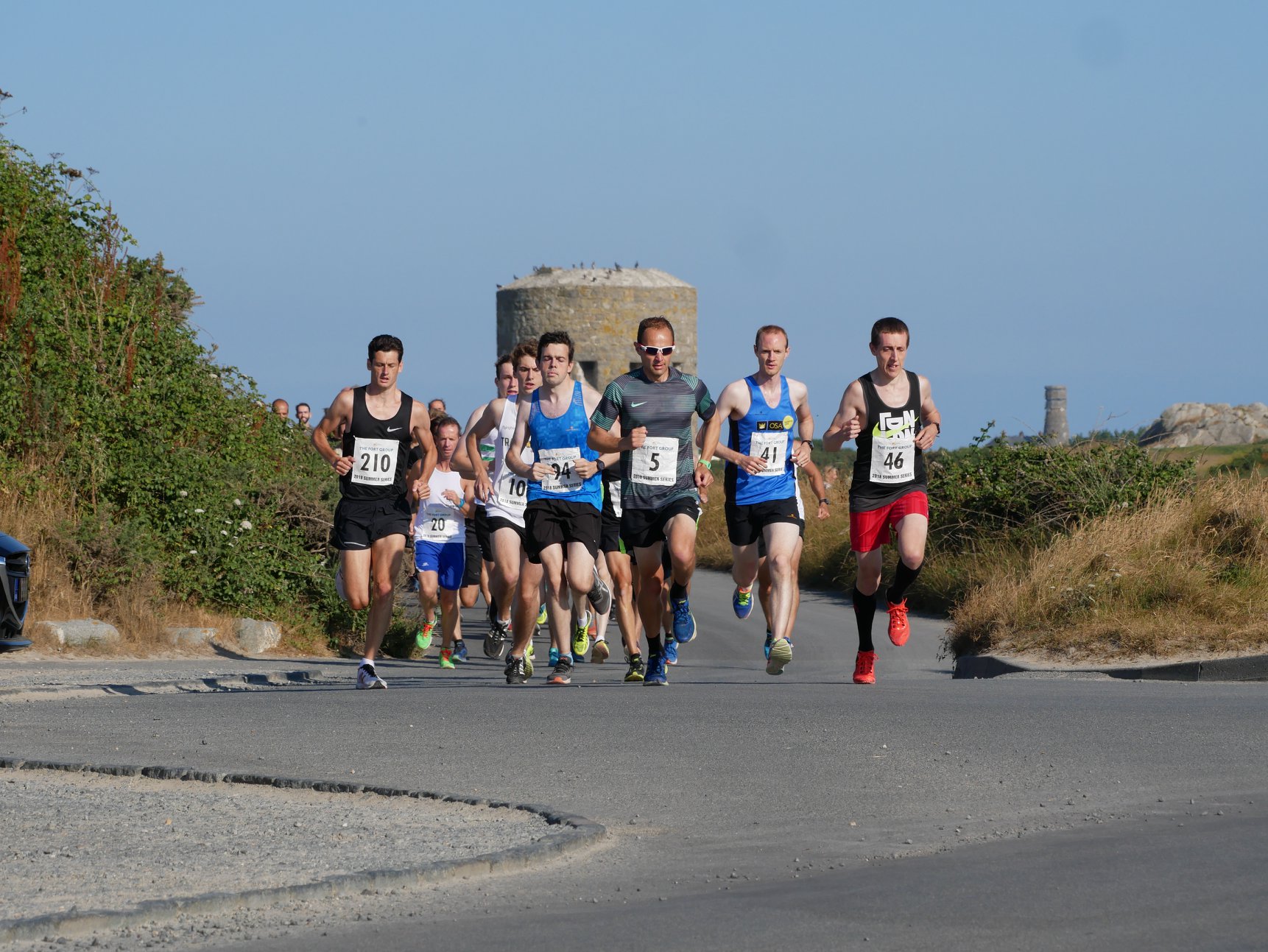 The summer edition of Guernsey’s definitive route produced a tight race as Carl Holden(41 in Phil Nicolle’s image) forced the pace in the final stages to draw clear of a pack of 5 runners and cross the line a mere two seconds clear in 26 minutes 27 minutes.    A mere 6 seconds separated the first four finishers.  Peter Amy(46) chased Holden to the line and ran a 15 second personal best for second.

Earlier in the 4.8 mile race Mike Batiste(210) had taken a prominent position in the lead group but the relentless pace of the lead duo over the last mile had broken up the group and both Batiste and Richard Bartram, both sub 2 minute 800m men,  where detached before they could draw on their fast finishes.  Bartram edged past Jim De Garis(5) in the final stages for third.

Junior runners raced over the 2.8 mile “Half Course” and Gian-Luca Robilliard mirrored his improvement shown over the track this summer to run over 2 minutes quicker than last year and finish in a fast 16 minutes 51 seconds.  Summer Woodhead ran a personal best to also dip below 17 minutes.