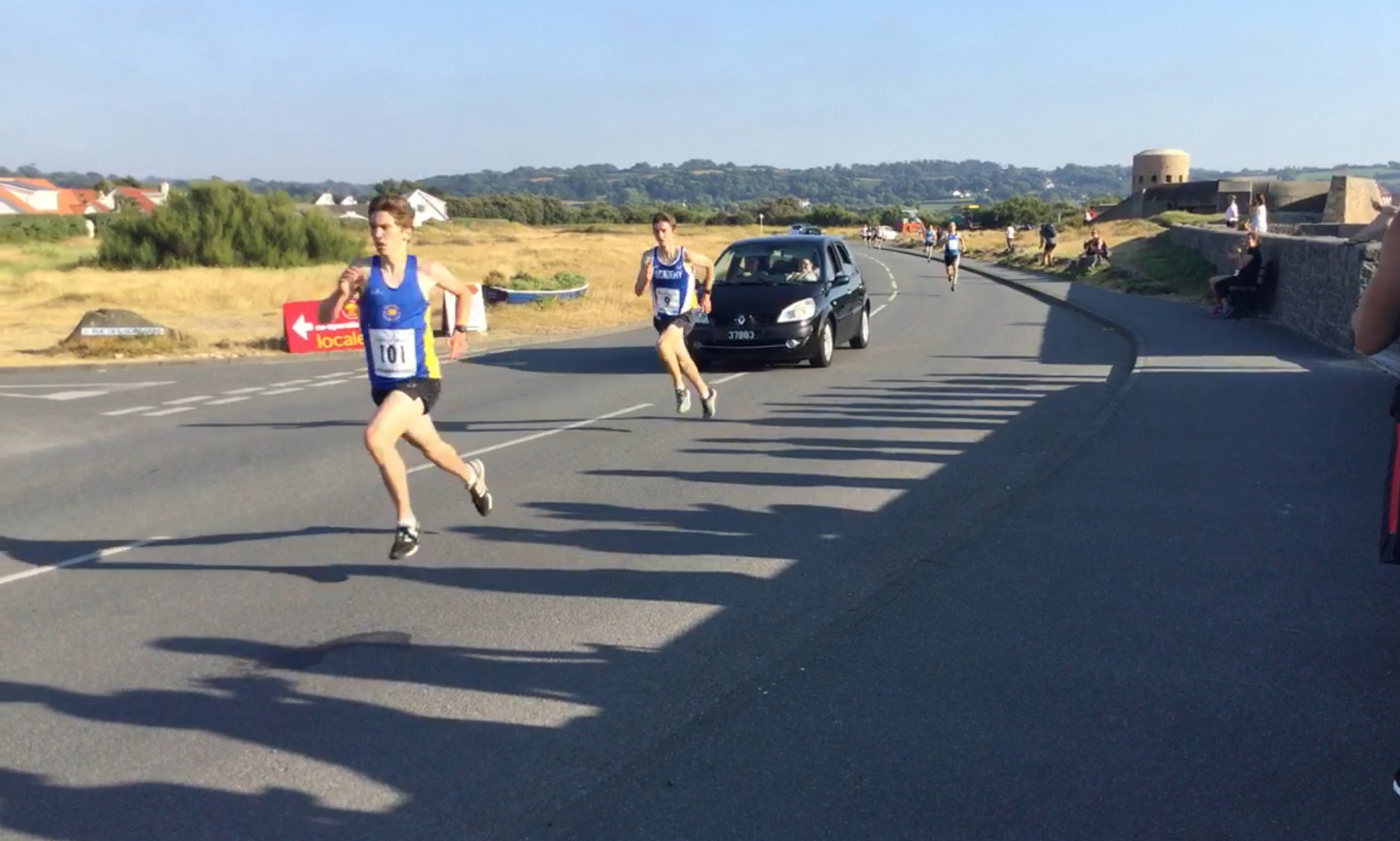 Staged in conjunction with This is Epic’s “Get Your Move on” week the classic Vazon Mile boasted its largest ever field but there was a familiar look at the front with Richard Bartram(4min25) and Sarah Mercier(4min50) repeating their wins and times from the previous year’s edition.

Bartram used his characteristic fast finish to sprint clear of Alex Rowe in the last 200m after Rowe had stretched the pace in the final 600m.

Staged over graded races the event boasted 96 finishers and raised over £1000 for the This is Epic Charity.  Thank you to Nordben for covering post race food and a big thanks to all volunteers helpers and marshalls.

A full report is expected in the weekend’s Guernsey Press.

The main podium places were.

« Ala heads a list of seven all-comers’ records Allaway holds off Chalmers but 10.66 still stands »