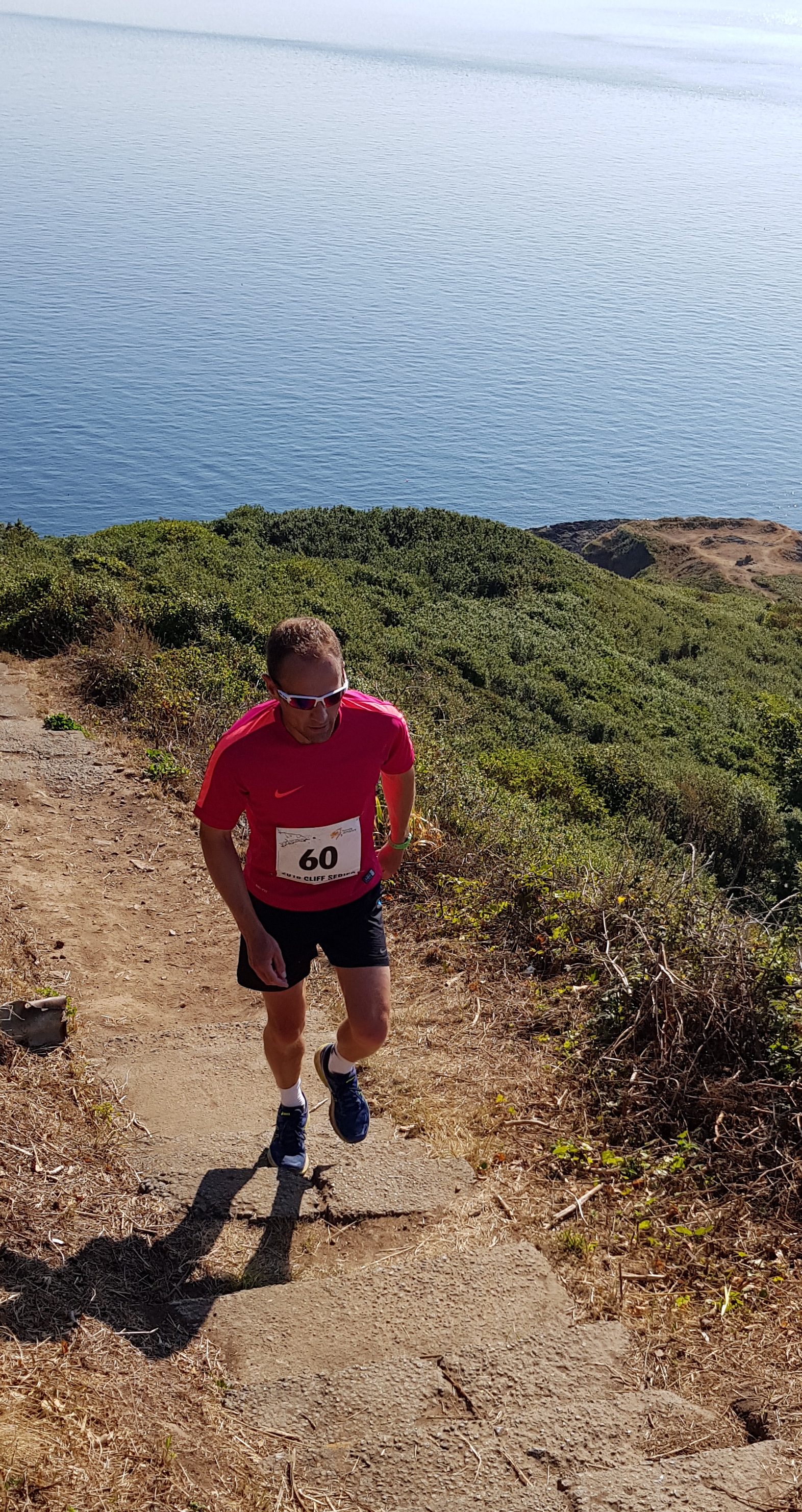 De Garis was already out of sight of his nearest contenders Ben Langlois and Jamie Ingrouille by the steep descents near Marble Bay and went on to win in 52:16.

The next two men jostled for positions throughout but Ingrouille pulled away on the Fermain climb to take second in 54:22 to Langlois’ 54:35.

Winner De Garis told The Guernsey Press: “It felt good, I was not looking to really push it, I just wanted to get a decent run in and that’s what it was.”

“It’s such beautiful scenery and one of my favourite races of the year really.”

Supervet Chris Travers won the battle for the first veteran across the line with a strong run of 58:45.

A big “thank you” to all the helpers. Particularly those from JP’s Running Group.