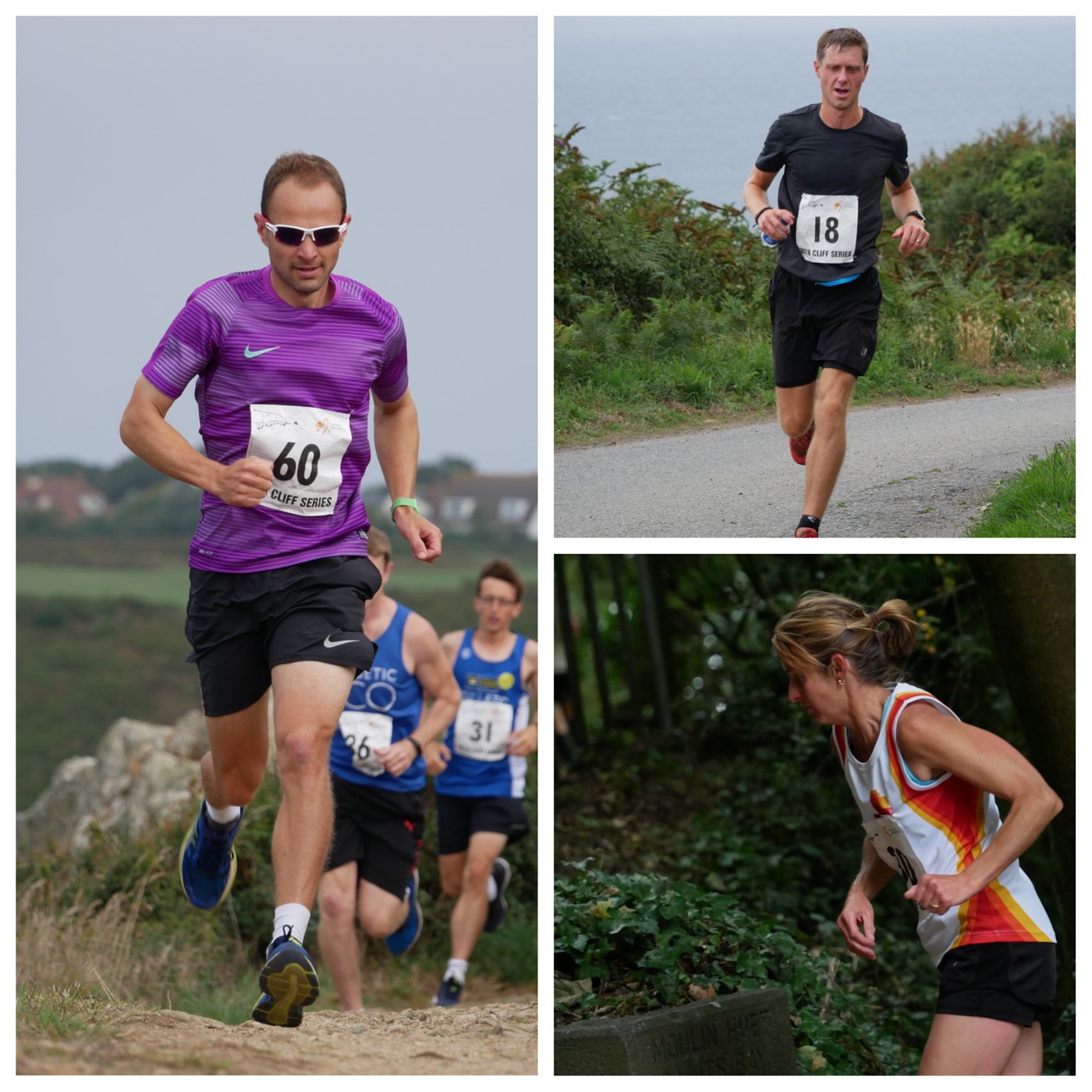 There was a familiar look about the main protagonists in the third of the four race Cliff Path series as Jim De Garis won again from Kirk Bourgaize  and Caroline Creed was again the leading woman. (Images Phil Nicolle).

De Garis never looked like being headed in the 10 mile race from Imperial (Pleinmont) to Icart and duly crossed the line first in 1 hr 13 minutes 23 seconds but Bourgaize stuck to his task and was rewarded with a well earned second place ahead of more recognised runners Tim Coates and Jamie Ingrouille.

Veteran Caroline Creed continues to post superb performances into her 50’s and with a finishing time of 1hr 28minutes 40seconds  was 11th overall of the 47 finishers. Nikki Neal was second woman and Dana Ujhazyova third.

Despite premium points being available in next month’s series finale and main race staged over the 15 mile full cliff path ‘Dogbreaker’ De Garis and Creed have already secured their top placings in the 2018 series.

Creed is not the only veteran athlete still drawn the the rougher terrain of the cliff paths. Septuagenarians Roger Naftel and Ray Scholes both completed the event which whilst taking in some of the flatter, flowing sections of the southern coastal paths also features a cruel hilly 4 kilometer section from Les Tielles to Corbiere .

Thanks and regards are again due to JPs Running Group for assisting in the staging of the event.