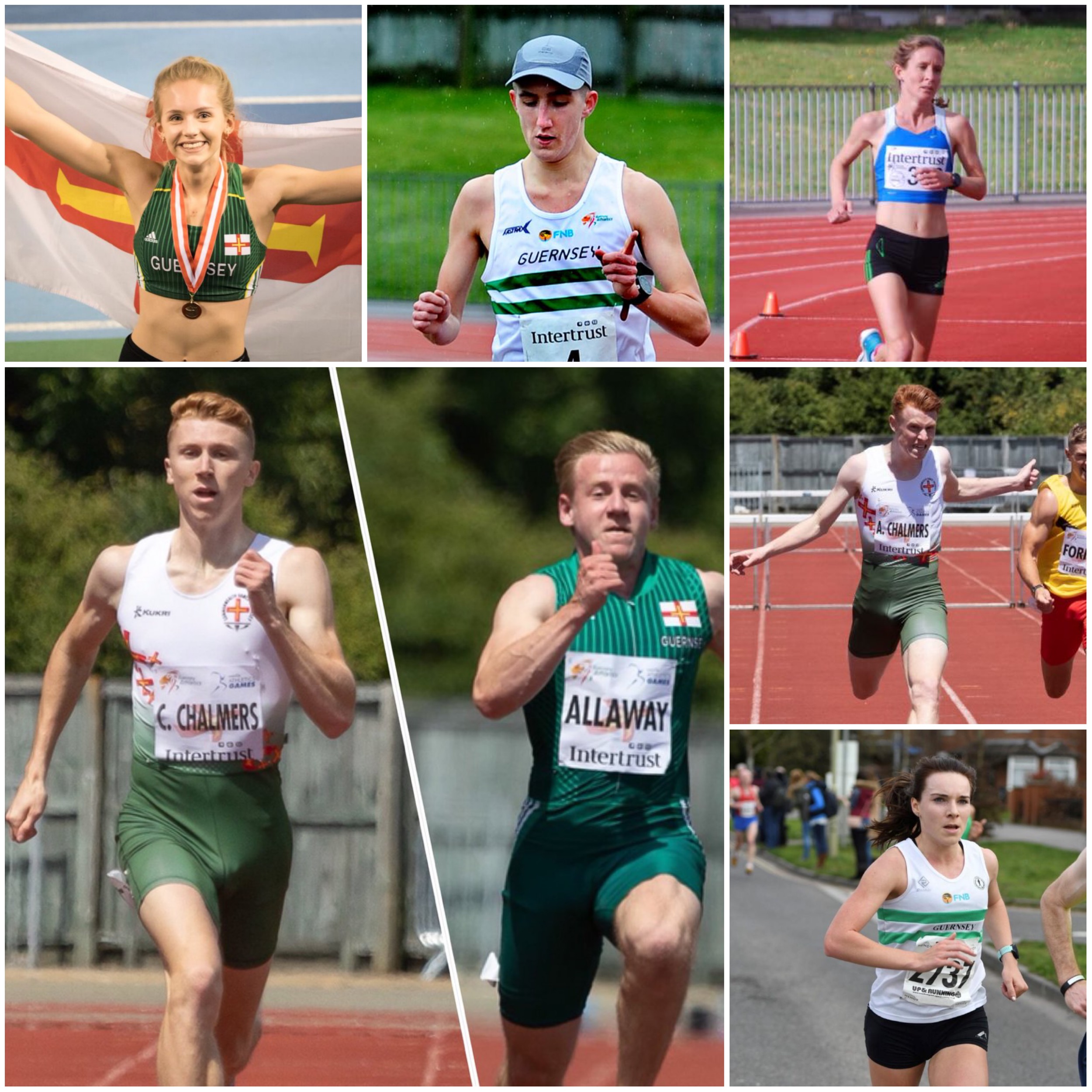 Guernsey Athletics has been getting some very good coverage recently and The Guernsey Press have kindly supplied their story on the recently compiled IAAF points rankings (GP Story shown below in italics).  The rankings use the IAAF outdoor tables to translate the best scoring event per athlete and the leading 25 athletes are listed.

14 athletes scored beyond 900 points, the highest number recorded in any single year but the average of the top 15 – used previously as a gauge of depth – at 961 points is slightly down on the best figure recorded, 2017’s 964 points.  Fewer athletes beyond 1000pts being one of the contributors.  Beyond that however all measures of depth are positive with even the 25th athlete scoring above 830 points. This athlete was 15 year old Rhiannon Dowinton, the youngest athlete on the list, and the performance was logged in her debut at the senior sprint hurdles specification.

Also of interest is a fairly balanced gender split – the top 25 featuring of 12 male and 13 female athletes.

Whilst many athletics bodies would not issue such tables it is of interest to trace depth of performances over time and notable that Canada’s T&F selection for 2018’s Gold Coast Commonwealth Games was linked to IAAF points.

For interest and comparison with GB Athletes the GB ranking of each athlete and  ‘% off 3rd place GB” is also listed.

IT HAS been a year of superior depth for Guernsey Athletics.

That’s one key take from the club’s 2018 points rankings, based on the world-standard IAAF scoring system, though the Chalmers brothers remain head and shoulders above the rest in the impressive performance haul.

‘There are no other performances beyond 1,000 points, which are seen by many as national or Commonwealth level performances, but there are several just below that – in fact, 14 athletes scoring above 900 is the highest ever measured in a single year.’

The IAAF points tables remain a popular means of measuring performances, although they aren’t intended to provide a perfect comparison between events.

‘The tables themselves use a combination of world record to set the top score and the volume of competitors near world record level to set the gradient beneath that,’ explained Ingrouille.

‘The field events seem to be particularly harshly treated, with perhaps the reason being the large percentage variation seen between the best few in the world and the next tranche in many disciplines.

‘The scoring can’t account for race conditions, so Lee Merrien’s marathon, run in near 30 degree temperatures in Melbourne, is underestimated – but that’s the nature of the tables.’

THE CHALMERS brothers remain uncontested despite a superb late bid by Ryan Burling.

Cam Chalmers has just about kept his advantage, by a mere four points, on his rapidly-improving brother.

Even this barely held up to a siege from 18-year-old Alastair Chalmers, who set the current British U20 400m hurdles record of 50.11 during an outstanding World Junior Championships campaign the following month.

New top distance man Burling is best among the rest with his breakthrough 2-20-10 performance in the recent Frankfurt Marathon.

Guernsey’s fastest man Josh Allaway recently moved away for a new life in Mauritius but June’s 100m PB of 10.71 remains a valuable memento.

Olympian Lee Merrien signed off his illustrious international career at this year’s Commonwealth Games and can also credit the marathon distance for his placing.

His superbly paced 2-24-10 on the roads of Australia stands out, despite being over 10min. outside his PB from 2012’s London Marathon.

THREE island records are the crowning marks of a stellar year for GAC’s women athletes.

Commonwealth Games athlete Sarah Mercier, with her island record over 10,000m, heads the show over her distance rival and several rising sprinters.

Mercier set her mark of 35-02.55 in September at a Kentish open meet to secure the highest point score of any woman this year.

Sophie Porter spent most of the year out through injury but can fall back on her superb island 400m record of 56.32, set in taking bronze at the indoor England Athletics U20 Championships in February.

Mercier’s frequent rival Louise Perrio has furthered her niche in the half marathon this season, lowering her own island record down to 78-12 in Manchester.

Indi Gallagher lost her 400m record to Porter this season, but has raced well over the shorter distances and still recorded a creditable 57.38 in July. Fellow U20 Abi Galpin has given Gallagher several close runs and also ranks highly.