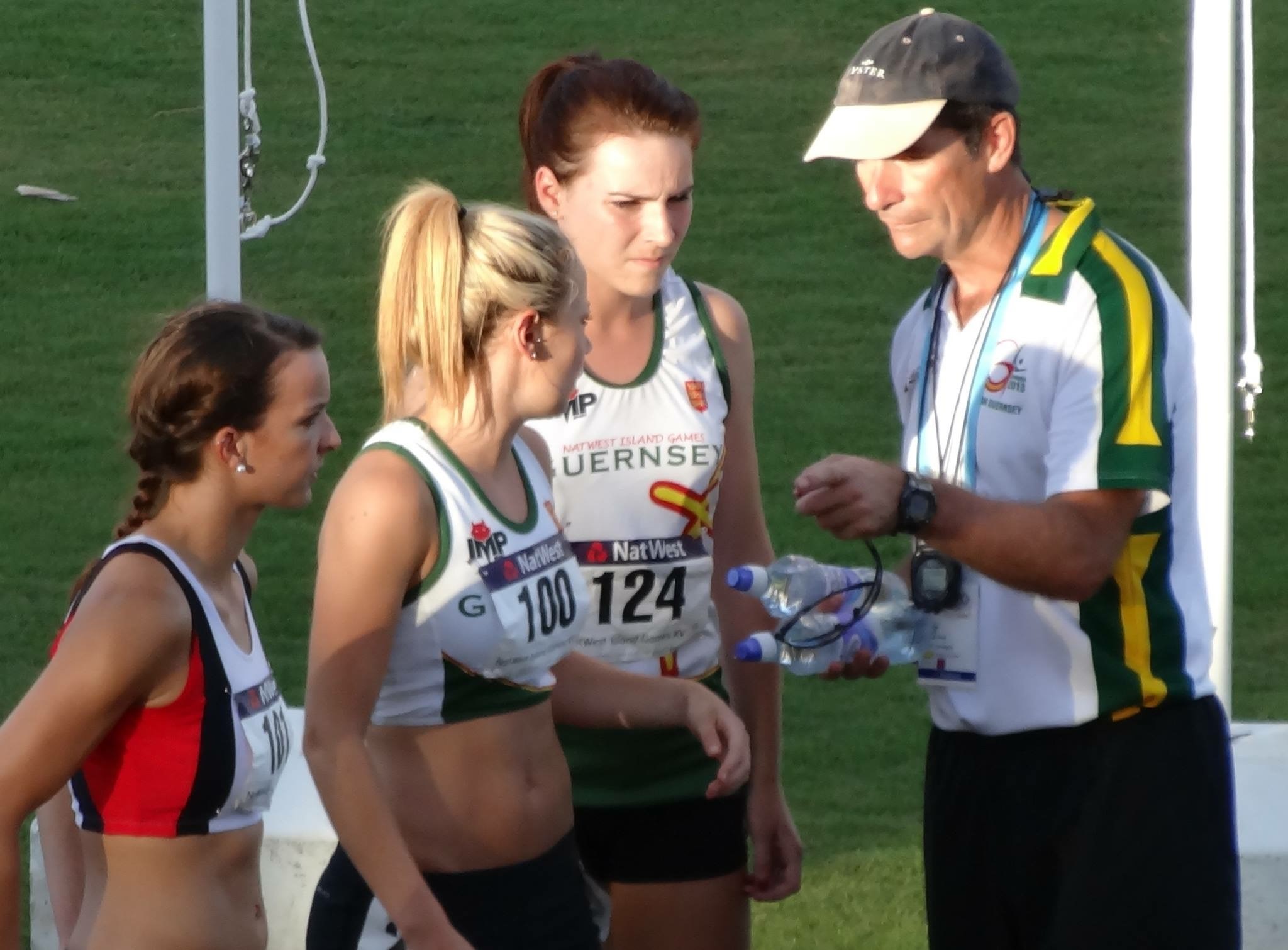 Island Games stalwart Geoff is the man to lead 2021 project

Guernsey Athletics is pleased to confirm that Geoff King has been appointed at the Island Games 2021 Athletics Co-ordinator.

The appointment has been made following a process of thorough discussion between the club board, development officer and the relevant members of the Guernsey 2021 committee.

King (seen above, right, in team management mode in Bermuda in 2013) emerged as the outstanding candidate with relevant recent experience such as heading up the Island Games Technical Committee for athletics from 2013-2017. He is also a genuine stalwart of the Games having competed in 1985, 1987, 1989, 1991 and 1993, before switching to team management roles for 6 editions from 2003 to 2013 before being appointed chair of the Technical Committee.

Particular Games high-points for King saw him win team gold in the Half Marathon in 1987 and be part of a successful management team on home soil in 2003. He commented: “I’m delighted and honoured to be asked and I am determined to put on a meeting which is something for Guernsey Athletics and the whole island to be proud of. I also hope and anticipate that it will be something that many club members will take an active part in and enjoy enormously.”

He added: “I’m thinking about and planning for the Games almost every day at the moment and there is massive potential to make it really special.”

Athletics Development Officer Tom Druce will be in close contact with King over the build-up to the 2021 Games and sees his enthusiasm for the Island Games as key to King’s suitability for the role: “Geoff was always the outstanding candidate because of his relevant experience but it is his genuine love and enthusiasm for all-things Island Games that makes him truly the right man to lead the whole thing. I had a meeting with him in the past few days and he spoke excitedly non-stop about his vision for the week for about 2 hours. He has some great ideas to make the athletics event truly special and memorable and to be honest I can’t wait for it to all come together in just over two years’ time.”