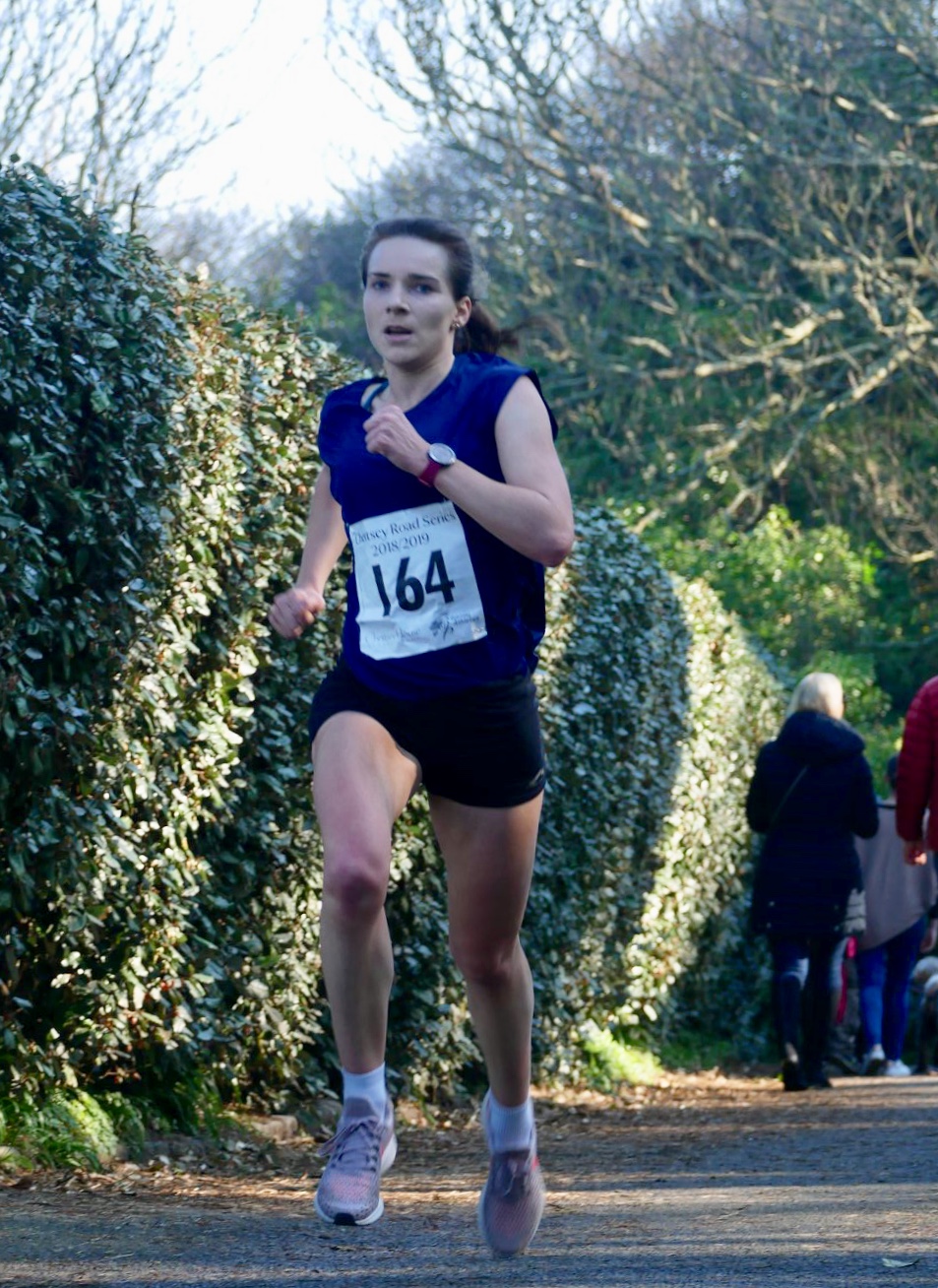 Mercier will go to the top of the 2019 UK rankings and despite this being an early stage of the year, she can gain heart that only 14 British women ran quicker in the whole of 2018, where the lists were topped by Eilish McColgan’s winning run of 54:43 in Portsmouth’s Great South Run. 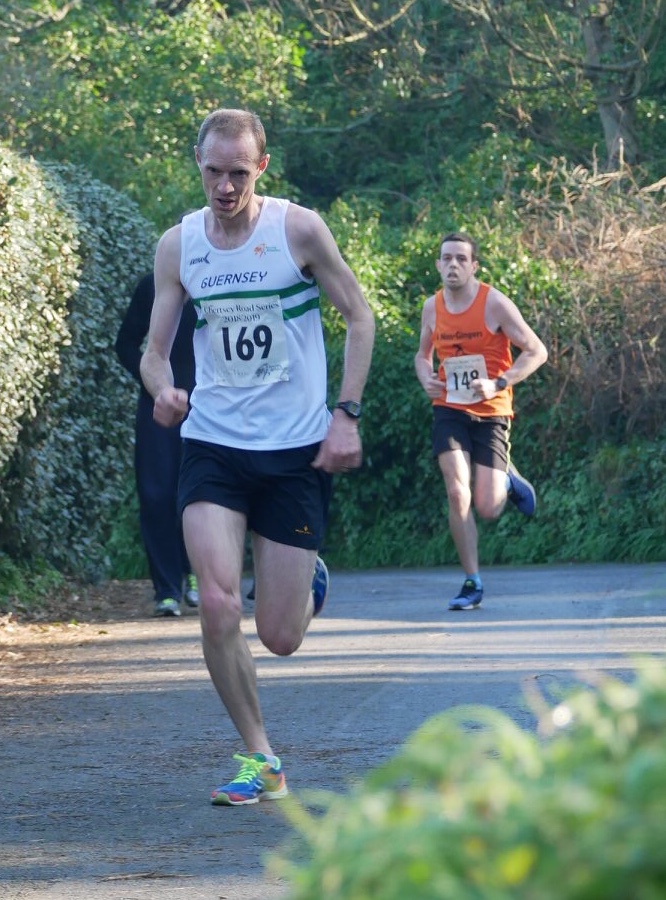 At the head of the field, there was an enthralling battle between Carl Holden and James Priest, who were locked together until deep into the race. Only after they had passed the eight mile mark and dipped inland from L’Eree past the Vicheries Orchid fields did Holden finally draw out a small gap on the man who had dominated the domestic cross country season. Priest stemmed the gap past Fort Grey as they approached the run in towards the Portlet finish line but Holden had enough in hand to hang on for a three-second victory, running 57 minutes 17 seconds.

Ben Wilen was fourth and Jenny James, who in Lee Merrien shares the same coach as Mercier, produced a superb sub 62-minute run to move to fourth in the Guernsey women’s all-time lists – just a second behind Martine Scholes but ahead of Ulrike Maisch.

Mercier’s performance topped the age and gender graded results with a big 89% score with Jenny James (88%) and veteran Sean Galpin (84%) all scoring well.

116 runners finished the event, with many building towards spring marathons and using it within their preparations.

Thank you to all volunteers, marshals and officials.