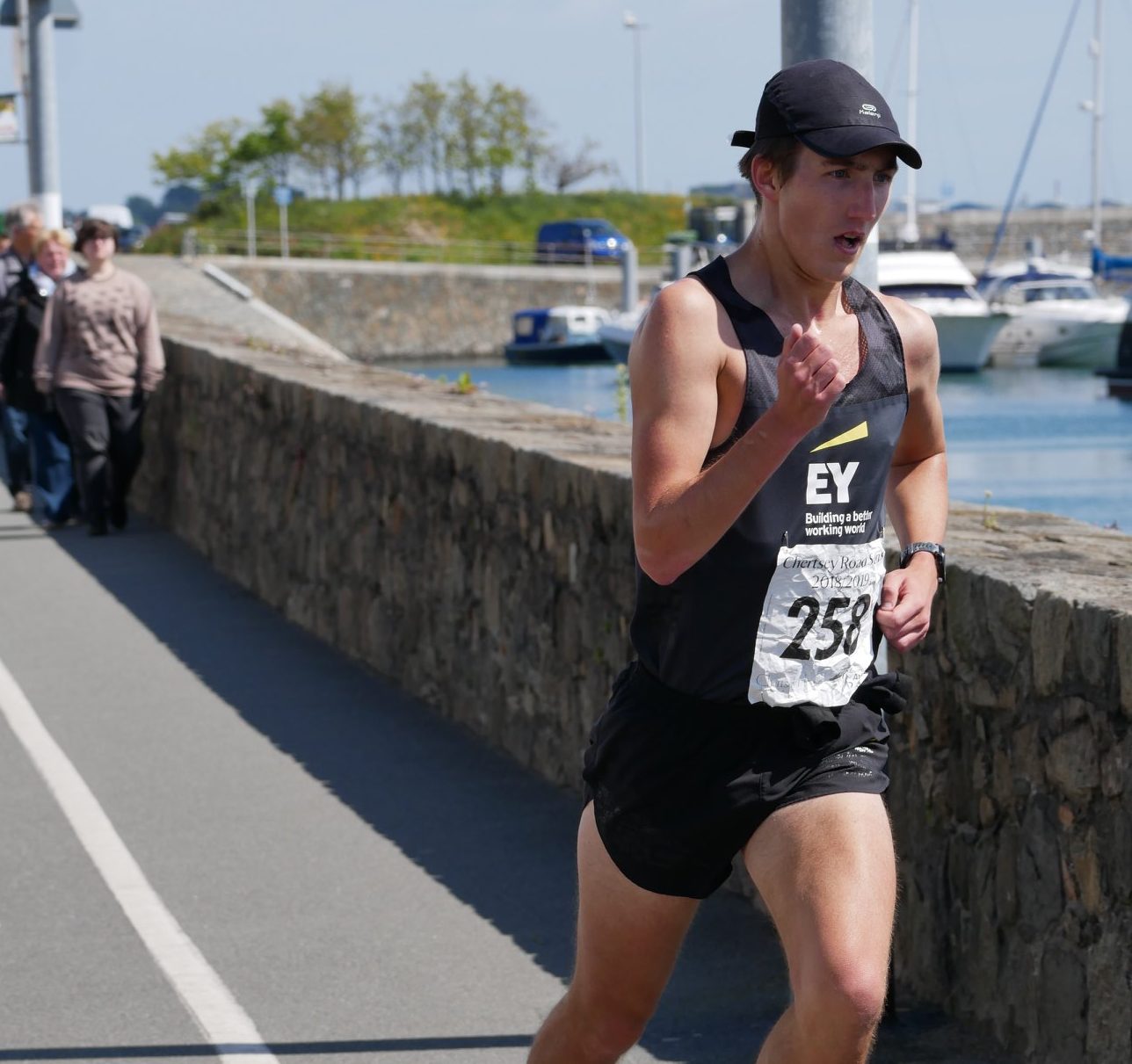 Runaway leader Ryan Burling may have finished out of sight of the large field but he crossed the line exactly 2 minutes outside Dave Kreckeler’s remarkable 53 year old record of 34 minutes 39 seconds. Kreckeler himself was viewing the race, as he often does, from the bottom of Paris Street where the runners pass with 300m remaining and could walk back up to his nearby home knowing his 1966 mark is safe for another year.

After a long time on the sidelines Burling’s run was evidence that he has not lost much form and he led the race from the Houmet start, broke clear within the opening mile and extended his lead through L’Ancresse, Bordeaux and The Bridge before crossing the line three minutes clear of second place in 36 minutes 39 seconds.

Richard Friedrich was a distant but clear second and the only other runner below 40 minutes with Lee Merrien, who probably eschewed his best opportunities to set the record with marathon preparations, accompanying third placed Nick Mann much of the way before peeling aside to let the local political journalist claim the final podium spot. Not too far behind was a comfortable looking Jenny James who crossed the line in 13th place and claimed the leading woman prize ahead of Vicky Carre and Kristin Dowling.

A record field of 201 finishers took part in the event. Including – fittingly – septuagenarians Ray Scholes and Trevor Jefferies. Both born during WWII.

Thank you to sponsors Chertsey House Dental Group and all the volunteer marshalls and officials that ensured the smooth running of the event.