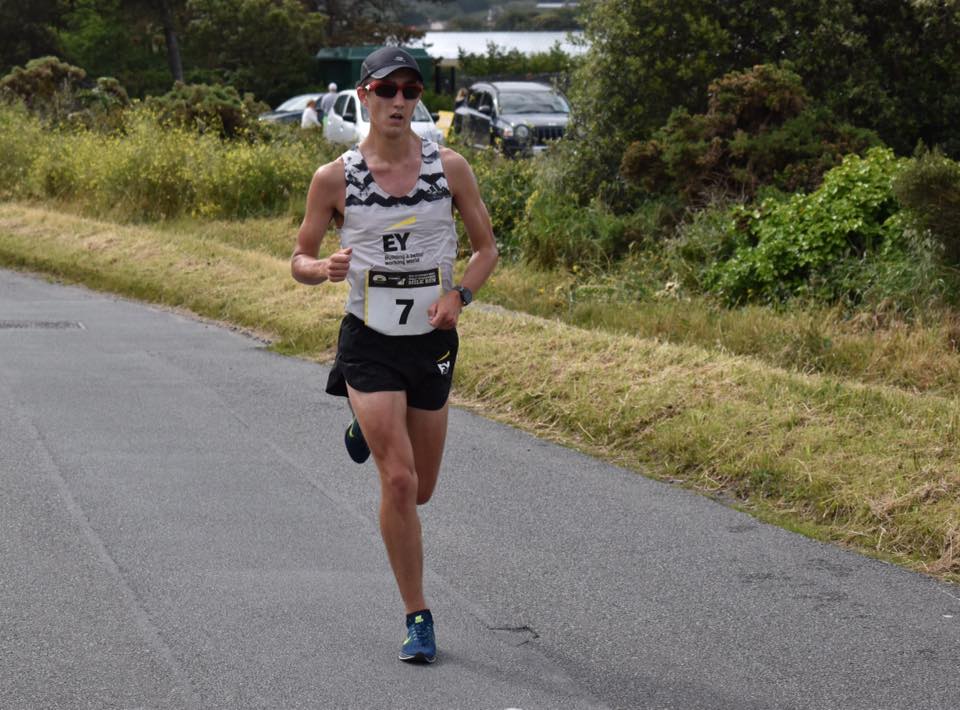 Ryan Burling was out on his own and comfortably defended his Milk Run title in 70 minutes 25 seconds. Carl Holden was second and Andy McArthur third.

After nearly 4 years out from running Becky Le Maitre raced her first serious half marathon since the 2015 island games and finished in 88:38 to lead the women in and placed 18th overall. Vicky Carre followed up her excellent marathon and ultra results with her best ever half marathon performance for second and Michaela Gallienne was third.

Despite a cool start the skies cleared after 10am and the middle portion of the field finished in deceptively hot conditions. Amongst the 592 finishers was Laura Le Maitre who propelled herself and her wheelchair over the 13.1 mile route in an impressive net time of 3 hrs 10 minutes.