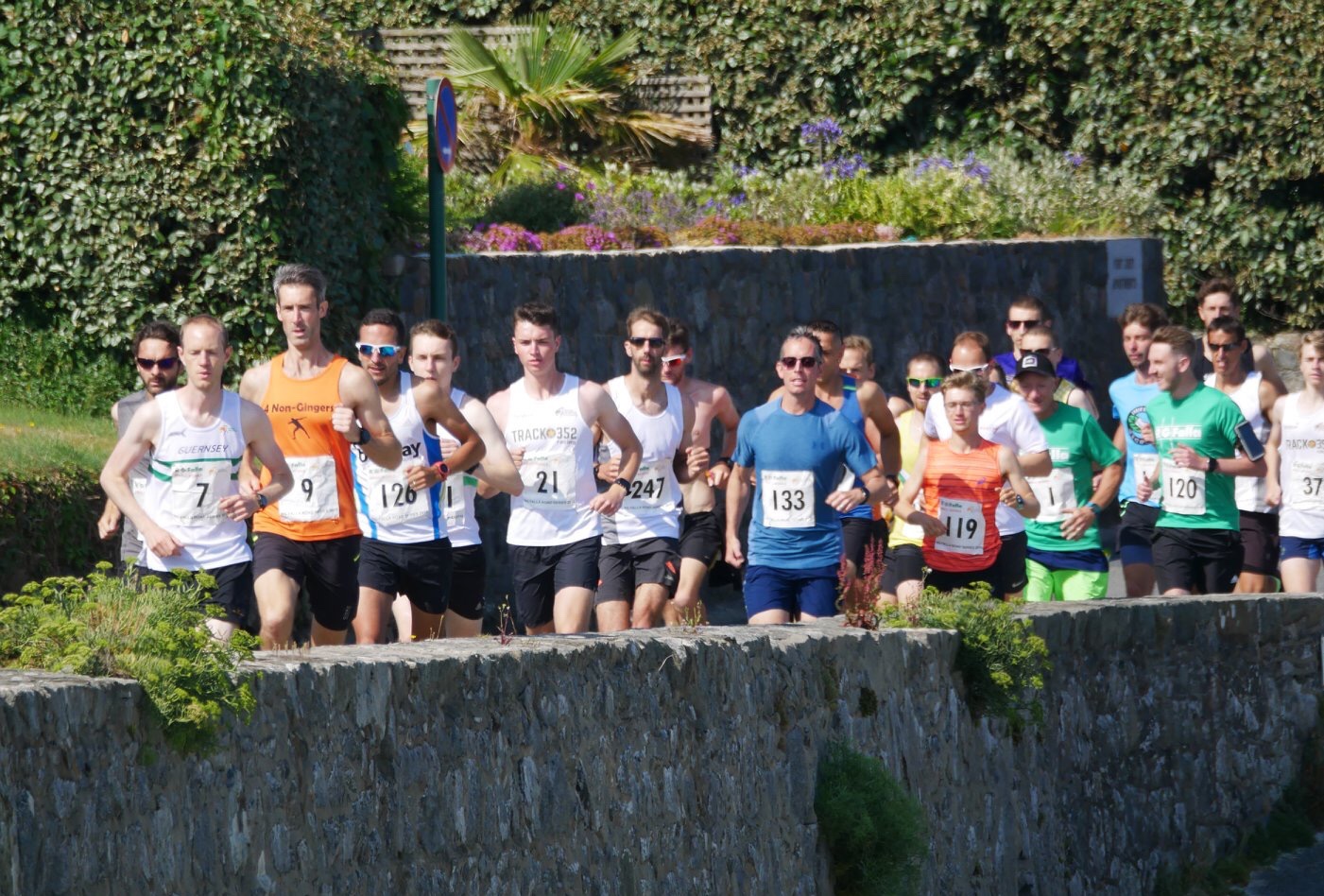 Mike Wilesmith(no 126 in Phil Nicolle’s image) made a winning return to the local road race scene and held off Carl Holden to win the RG Falla 10k which returned to the popular Imperial – Grandes Rocques course.

With headwinds along the route fast times were not on the menu but 80 runners stepped up to the challenge.

The Team trophy was won by the Guernsey Press whereas the “RG Falla Shield” competed for by construction teams was won by Geomarine.