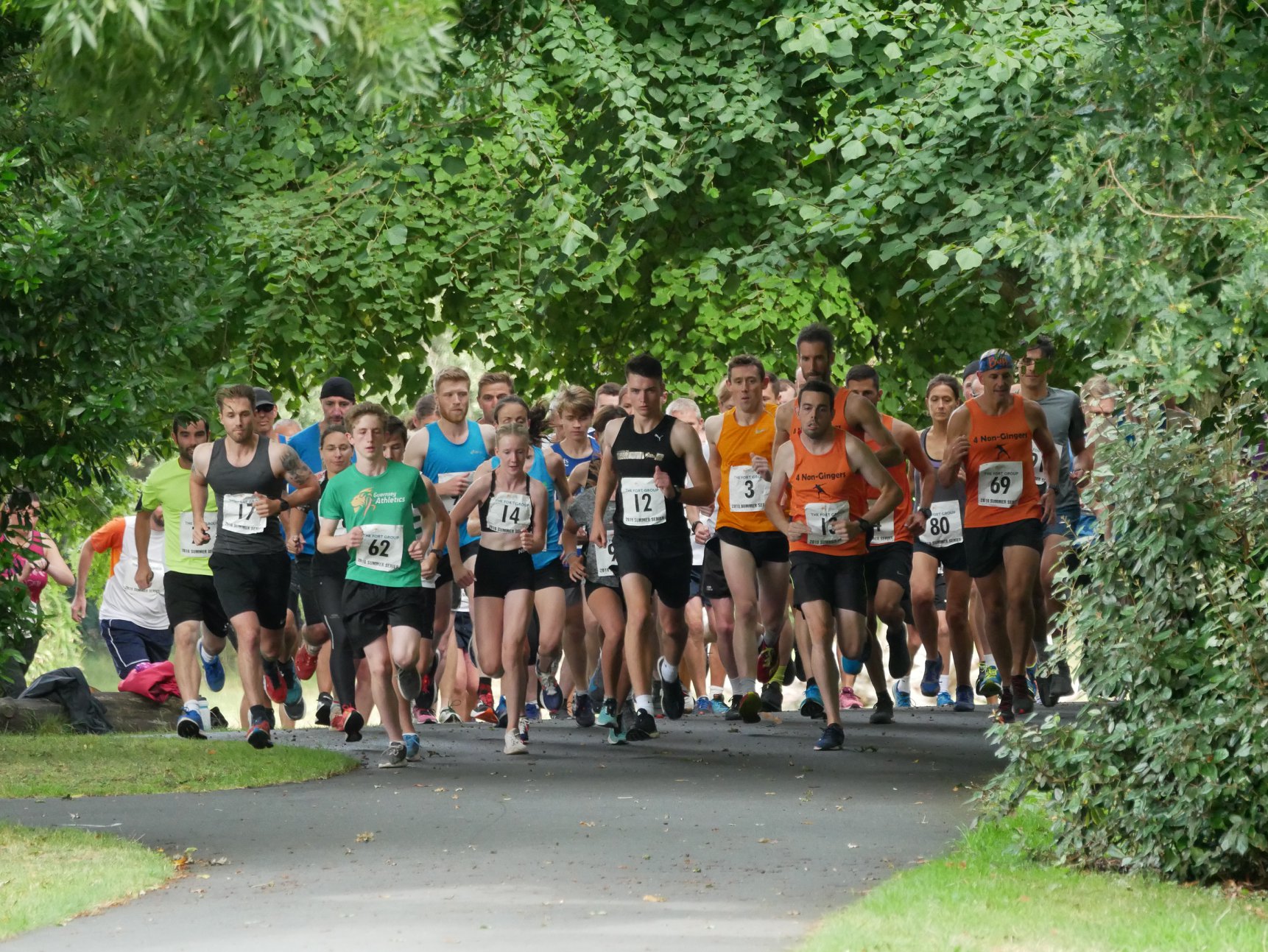 Eventual winner Priest had early on established a small lead on friendly rival Carl Holden and continued to extend this with each passing lap, giving Holden little opportunity to close him down.

The front-runner finished in 16:39 to Holden’s 17:04 as 17-year-old Isaac Powers, who had run the majority of the race in the company of Chris Gillman, finished strongly to clock 17:18.

Meanwhile, Jenny James won the women’s race in convincing fashion with an 18:05 clocking, spending much of this time near to returning distance star Dave Emery.

Aside from Isaac Powers’ excellent third place other junior athletes that shone included Lottie Smith who posted an excellent 20:48 to finish 4th female whilst 14-year old Ryan Moroney sprang a surprise on many of his fellow age-groupers to run a well paced race and finish strongly to edge below 20 minutes for the first time.