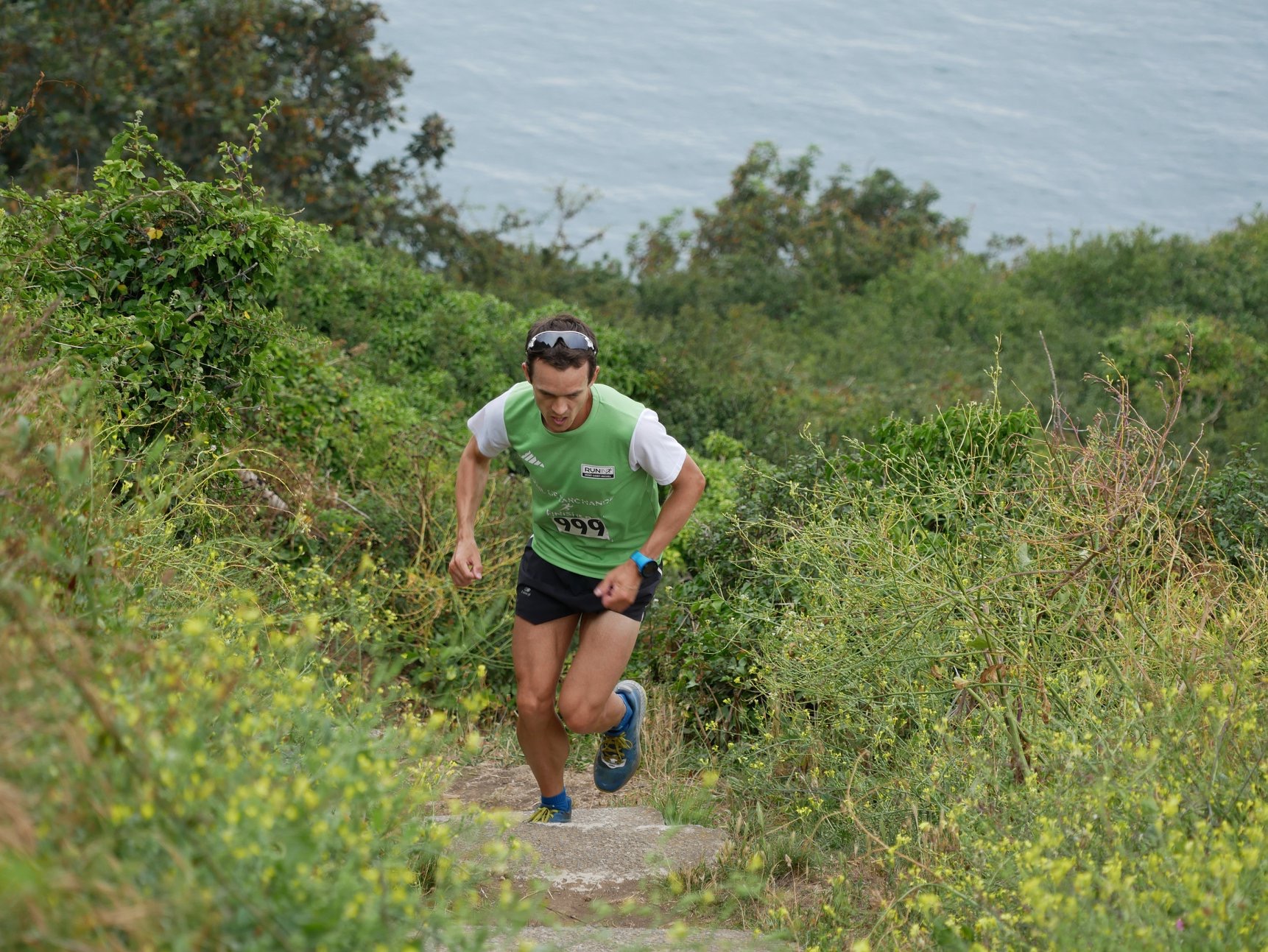 Despite the surprise presence of Richard Bartram on the start line there was no stopping Tiaan Erwee from registering his second victory in this season’s cliff path series.

In fairness to Bartram, who is at more at home over shorter track distances, he never really expected to stay with the experienced trail and ultra runner. “Its a different sort of running, he was so much quicker on the descents than me” said the 3:55 1500m man.

Erwee is a week away from one of his major targets of the year, The 330km+ Tor de Geants Trail Race in the Italian Alps and whilst the 8 mile Icart-Fermain-Icart route barely drew on his immense reserves it did show he was largely over his injury concerns and he crossed the line in a comfortable looking 57 minutes 14 seconds perhaps unaware that he was a mere 15 seconds outside Richard Kowenicki’s 2017 course record.

The women’s race was a much closer affair with Laura McCarthy crossing the line alongside fellow Island Games athlete Jenny James in 1 hr 18 minutes and Marlene Spiteri less than two minutes behind in third.

Thanks to all the volunteers from within JPs Running Group, Guernsey AC and further afield that made the event happen.