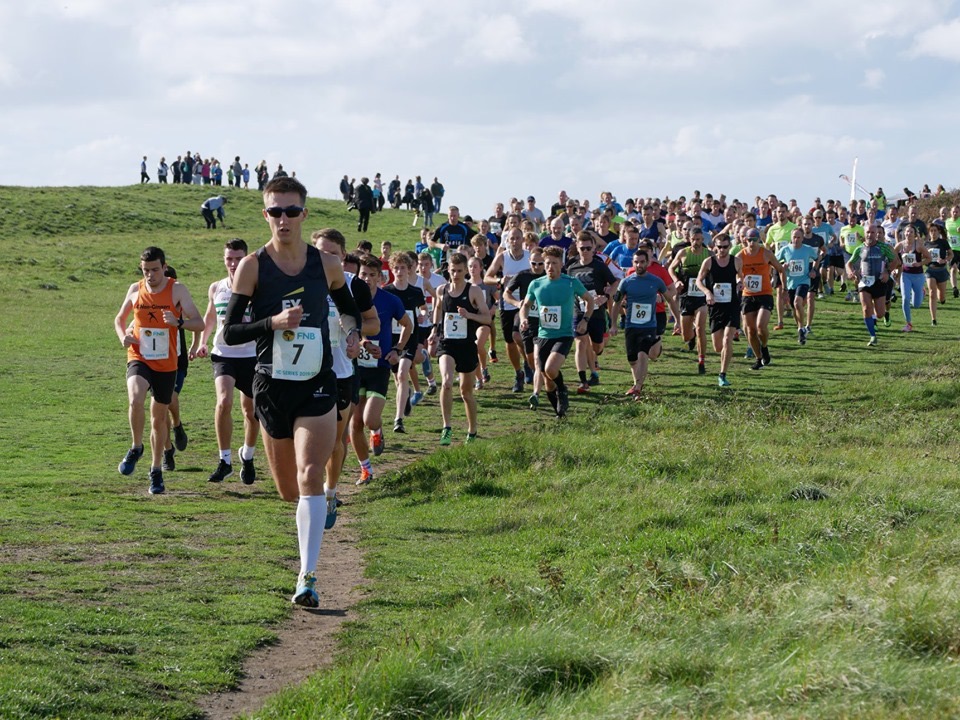 Despite a fall in the closing stages and being hard pressed by Richard Friedrich Ryan Burling made sure his return to the local racing scene was a successful one with a gun-to-tape finish in the opening race of the winter calendar with a 15 minute 32 second clocking for the 3 mile race.

Jenny James carried her excellent summer form into the winter and in a field of 150 ran a fast race to finish 10th overall in a time of 17:44 with fifteen year old Summer Woodhead also running superbly to place 21st overall and hold off multiple title winner Louise Perrio. Lottie Smith ran strongly throughout for fourth woman.

Richard Friedrich kept the runner who succeeded him as the Dairy Milk run champion within his sights and looked strong throughout but could not take advantage of his competitor’s late race stumble and followed him across the line four seconds in arrears. Reigning champion James Priest was a distant third just ahead of Mike Wilesmith who made a welcome return in fourth.

Times for the twisting, hilly 3 mile event often equate to 5000m equivalents and the numbers of men below 17 minutes and women below 19 minutes was a good show of depth.

Fourteen year old Gian-Luca Robilliard was the clear winner of the 2 mile support event but there was a great race behind him for the other podium slots as 11 year old Charlie Hynes just held off the similarly aged Thomas Merrien. Tillie Beddow was the leading girl.

Full reports are expected in Guernsey Press on Monday and Channel TV Sports on Monday evening.

A big thanks to all volunteers and helpers who helped the event run smoothly.