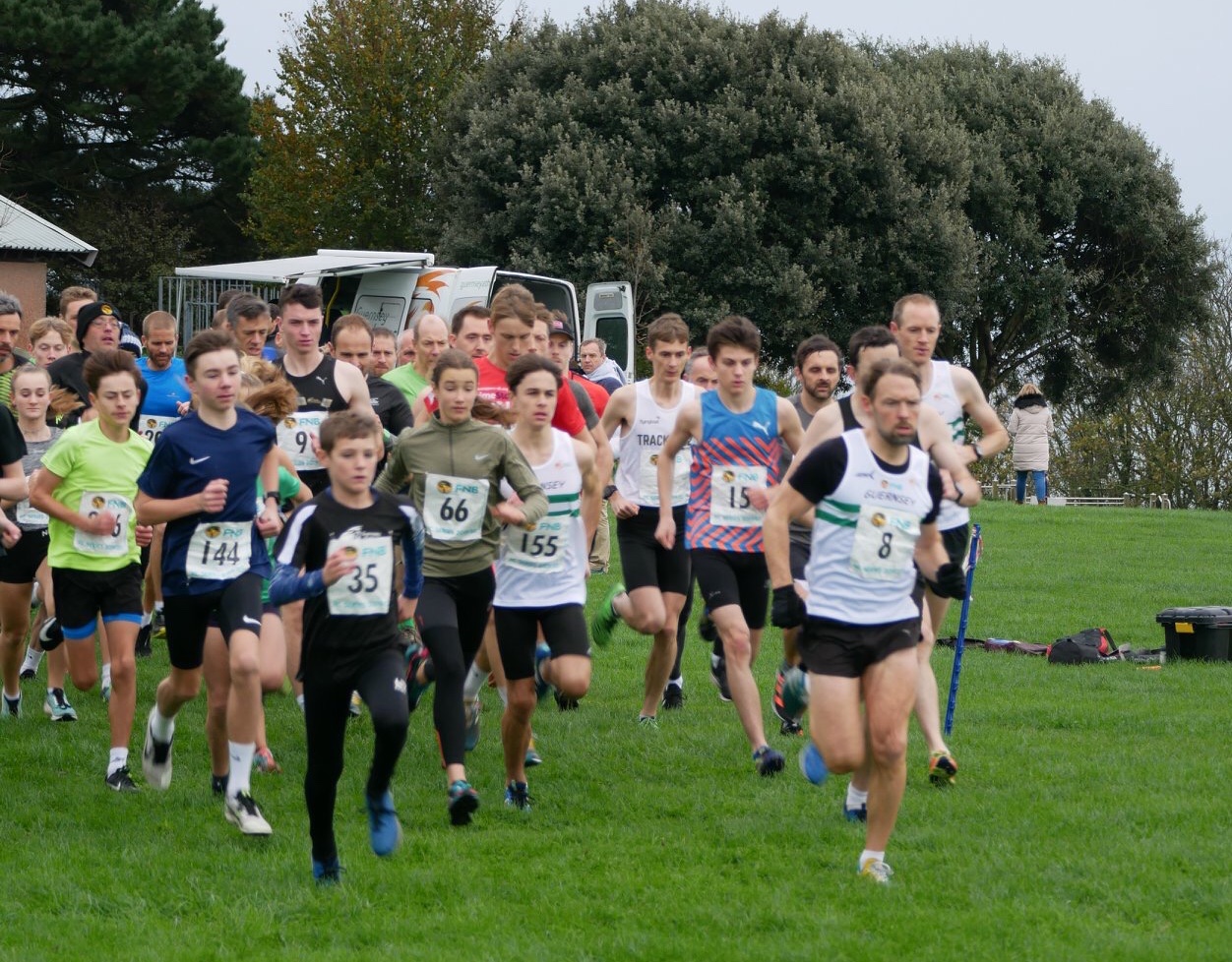 Jenny James again ran strongly to head the women’s field and was a superb 6th overall in another big 120+ field.

Behind the runaway winner James Priest ran a lonely race for second place 30 seconds adrift of Friedrich’s 22:34 and Carl Holden was a solid third a further 22 seconds in arrears. Holden came under pressure from Sam Lesley in the opening stages before the 800m specialist stumbled and withdrew with an ankle strain and allowed another middle distance runner, in the form of 16 year old Chris Bain, to come through, finish strongly and only miss the podium by 6 seconds.

Behind the runaway women’s category leader Jenny James there was a close race, made closer by Louise Perrio misjudging her race organiser commitments and missing the start. After starting a minute late she came through and edged past a tightly packed quintet of Amy Critchlow, Nicole Petit, Alice Loveridge, Mel Nicolle and Emily Squire who finished in that sequence behind her.

The 3 Mile event was won convincingly by 15 year old Summer Woodhead in 19 minutes 19 seconds with fellow age group athletes George Montgomery and Ryan Moroney the next across the line. Lottie Smith ran another strong race to break 21 minutes for second woman.

A big thanks to all volunteers and helpers who helped the event run smoothly.