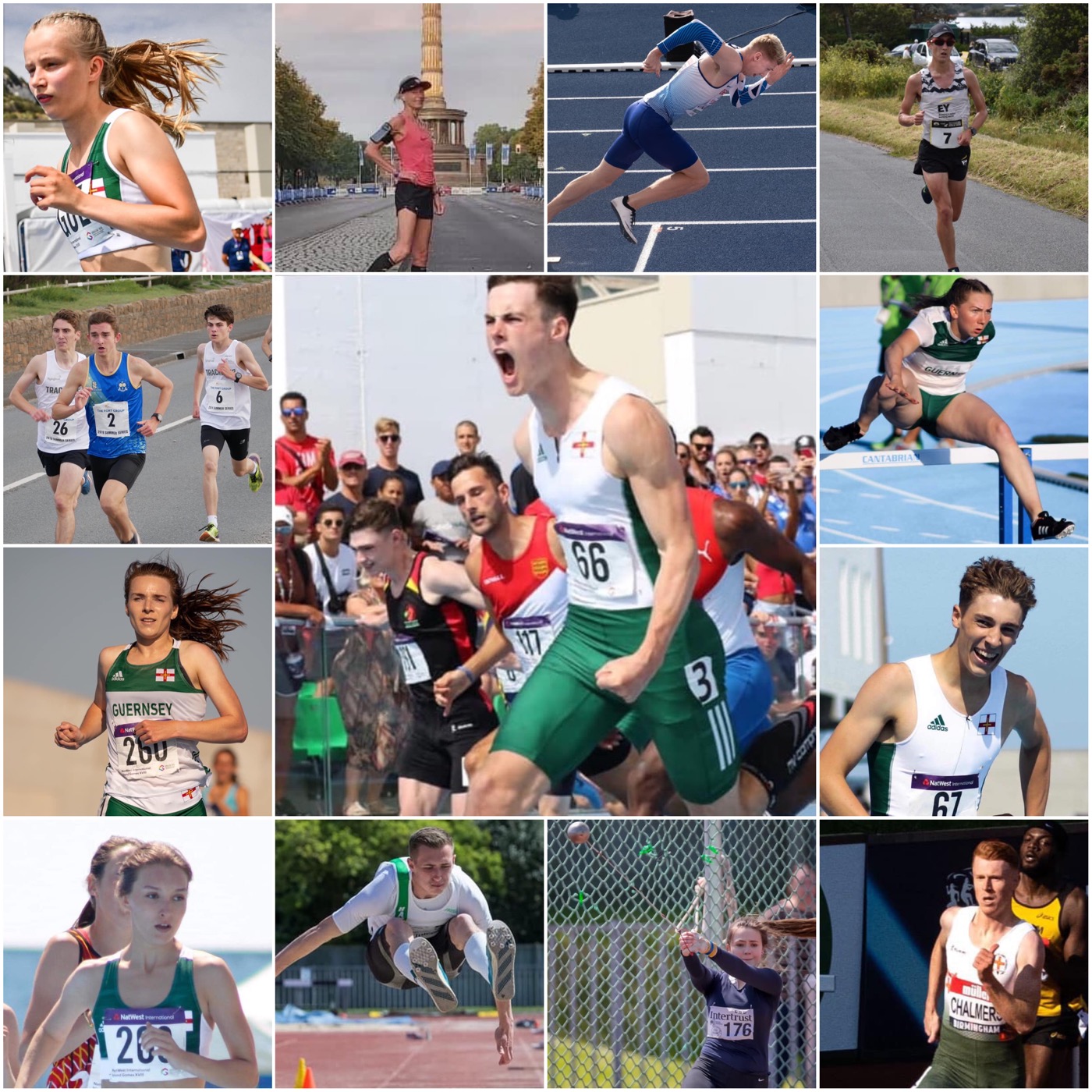 The Guernsey Athletics Club has released the year end rankings for 2019 performed by Guernsey qualified athletes.

The lack of availability of the Footes Lane track from May onwards was largely offset by many athletes searching for other competition opportunities and though some events are missing their normal depth, others show surprising depth down to the top 15 in each event in each standard discipline that this analysis targets.

Cameron Chalmers again comfortably headed the 400m list and the 400m is arguably Guernsey’s highest standard event. Though relays do not form part of this analysis, the depth of 400m ability was underlined by the Island Games 4x400m quartet of Tom Druce, Peter Curtis, Joe Chadwick and Sam Wallbridge getting within 1.5 seconds of the Guernsey record and posting the 11th ranked British time of the year – topped only by a handful of international squads and BAL Premiership clubs. This despite the top two ranked athletes being absent from the quartet.

Cameron also topped the 200m lists courtesy of his halfway split en-route to the GB Indoor 400m title in February. 17-year-old Joe Chadwick was arguably the standout short-sprinter though with his Island Games gold medal winning 10.82 100m and new Guernsey under 20 record of 21.73.

Ala Chalmers improved on his own British age group record over the longer hurdles and good depth is shown again with Sam Wallbridge, Peter Curtis and Dale Garland all ranking in the national top 50. Sprint hurdlers are lower in number but 16-year-old Rhiannon Dowinton claimed gold in Gibraltar and Toby Glass silver.

Sarah Mercier had an outstanding early season with new 5k road and 3000m track records but was side-lined by injury at a key time and did well to get back on track in time for double gold in Gibraltar.

Ryan Burling raced rarely but again led most of the longer distance men’s lists, but from his Wales base Luke Williams showed good improvement through the year.

Real depth was again shown in the middle distances with 16-year-old Chris Bain slashing his own best by 5 seconds and the island U17 record by 3 seconds to top the 800m lists, with 5 runners (Bain, Alex Rowe, Sam Lesley, Richard Bartram and Joe Yeaman) all running below 1:58. Alex Rowe and Richard Bartram also ran below 4 minutes for 1500m with Bartram’s personal best of 3:55.13 seeing him top the lists for the third year with the fastest metric mile since Lee Merrien’s 2009 Island Games victory.

Katie Rowe improved on her own island 800m U23 record with her 2:15.31 bronze medal winning run in Gibraltar.

Although the hammer was absent in the Island Games, Sia Banbury extended her under 20 and overall hammer record with a new mark of 44.97m. James Bougourd was again the leading javelin and hammer thrower.

Sadly the throws were hit by the lack of available training and competition facilities and a reduced program in Gibraltar.

20-year-old Jordan Kelly emerged as a jumping force and topped the long jump lists with 6.84mm although it was a close run thing as a resurgent Dale Garland jumped 6.77m ‘legally’ and even surpassed Kelly’s mark by 2cm in edging him out of Gibraltar’s top 6 with a jump that was annulled for ranking purposes by a 3.3m tailwind.

Away from her sprint exploits Abi Galpin was also the leading female long jumper with a new PB of 5.22m.