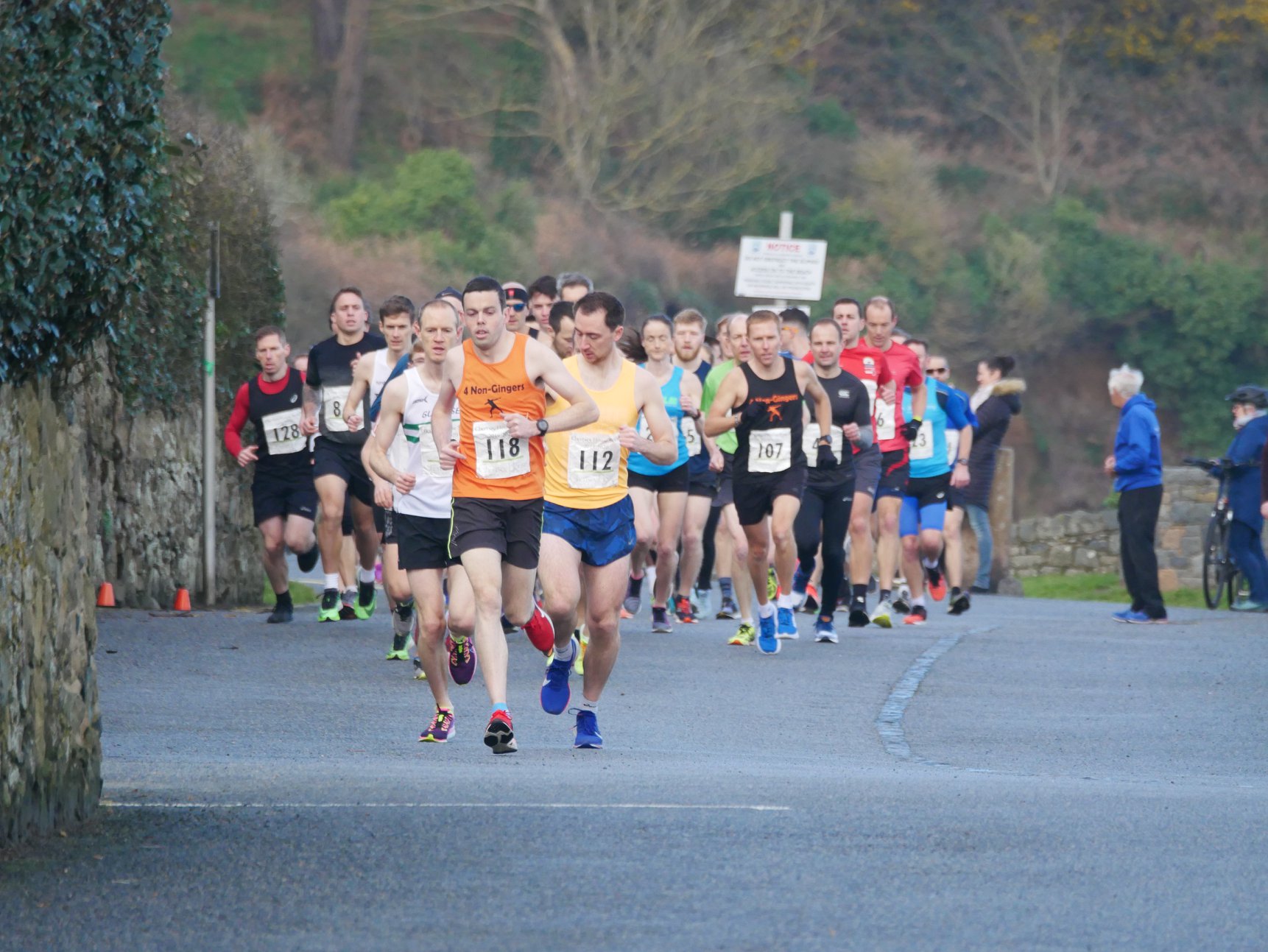 Surprisingly pleasant conditions greeted relieved runners, as James Priest took the win on a second consecutive weekend, with a time of 55:56, two and a half minutes ahead of Carl Holden, giving him a 10k and 10mile championship double. Returning to local racing after a 6 month hiatus, Chris Gillman followed in 3rd (60:49) with a 50second PB, despite blustery conditions on the return section of the race.

Jenny James also defied the late-stage wind, posting a marginal PB to take the Women’s title in 61:38 and 6th place overall. The improving Rosie Williams was second lady with 71:14, followed by the strongly finishing Liz Dudin for third in 76 minutes exactly. She was closely followed by Laura Quayle and Sabrina Amy, both finishing less than a minute later.

The men’s podium may have looked a little different if it hadn’t been for an unfortunate wrong turn taken by Sam Lesley and Will Bodkin whilst in third and fourth, adding up to a mile to their race, on account of a mis-directing arrow in the inland diversion in the latter miles. Luckily the astute Richard Friedrich, pacing the leading lady as part of a 20 mile long-run, realised, backtracked and returned the arrow to its correct orientation, before returning to his task, thus ensuring the rest of the field stayed on track.

Thanks to all those who gave their time to allow this event to happen. Image courtesy of Phil Nicolle.