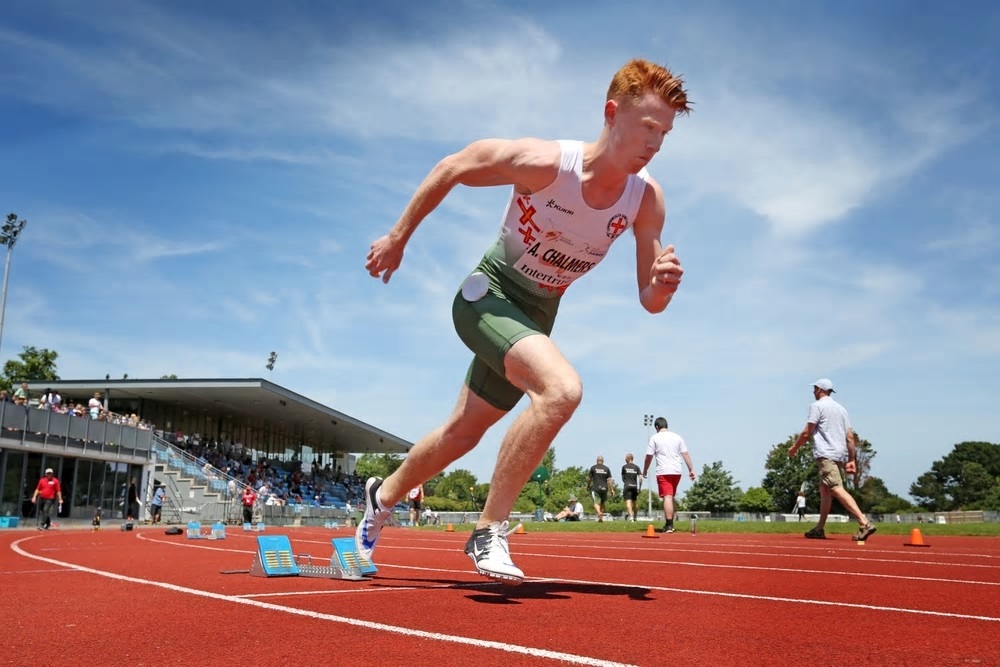 Alastair Chalmers to make his season debut over 300m hurdles

400m hurdles star Alastair Chalmers will make his 2020 season bow over the shorter distance of 300m hurdles. The 20-year-old recently returned from his training base in Cardiff in order to prepare for and begin his 2020 campaign in the favourable conditions that Guernsey has to offer.

Chalmers has enjoyed a stellar couple of years, having broken the British U20 400mH record in 2018 and then again in 2019 to 50.07sec. Not only did he take the national U20 title but he showed his pedigree at senior level with a 4th place finish at the British Senior Championships.

Chalmers said of the chance to race over 300mH locally: “Yeah I want to give the 300 [hurdles] a go and have some fun. It will be great to run at my home track and with the home support too. I’ve had some really good performances here in the past and am really keen to do so again on the brand new surface.”

Norway’s Karsten Warholm recently set a new world best time for the event, running in an adapted Diamond League meet due to the coronavirus pandemic. Chalmers jokingly noted that 33.79sec was a “pretty solid time” but says he was certainly inspired to try the distance by the reigning 400mH World Champion. “He’s an amazing athlete and seeing him attack that race alone in Oslo was quite a spectacle to be honest.”

Guernsey’s other established 400m hurdler Sam Wallbridge will line up in the race as he continues to rebuild after a freak hurdling accident in Australia in 2018. His fractured collarbone put pay to his Commonwealth Games, and after a solid 2019 and a coaching switch at the start of this winter, he will ultimately be aiming to recapture his 52sec 400mH form of 2017. 54.39sec man Peter Curtis also looks likely to join, though he has only recently emerged from his compulsory 14-day self-isolation following his return to the island.

The 300mH is scheduled for 12:30pm as part of a programme of both junior and senior races. Further senior Guernsey athletes will be making their event choices in the coming week or so.