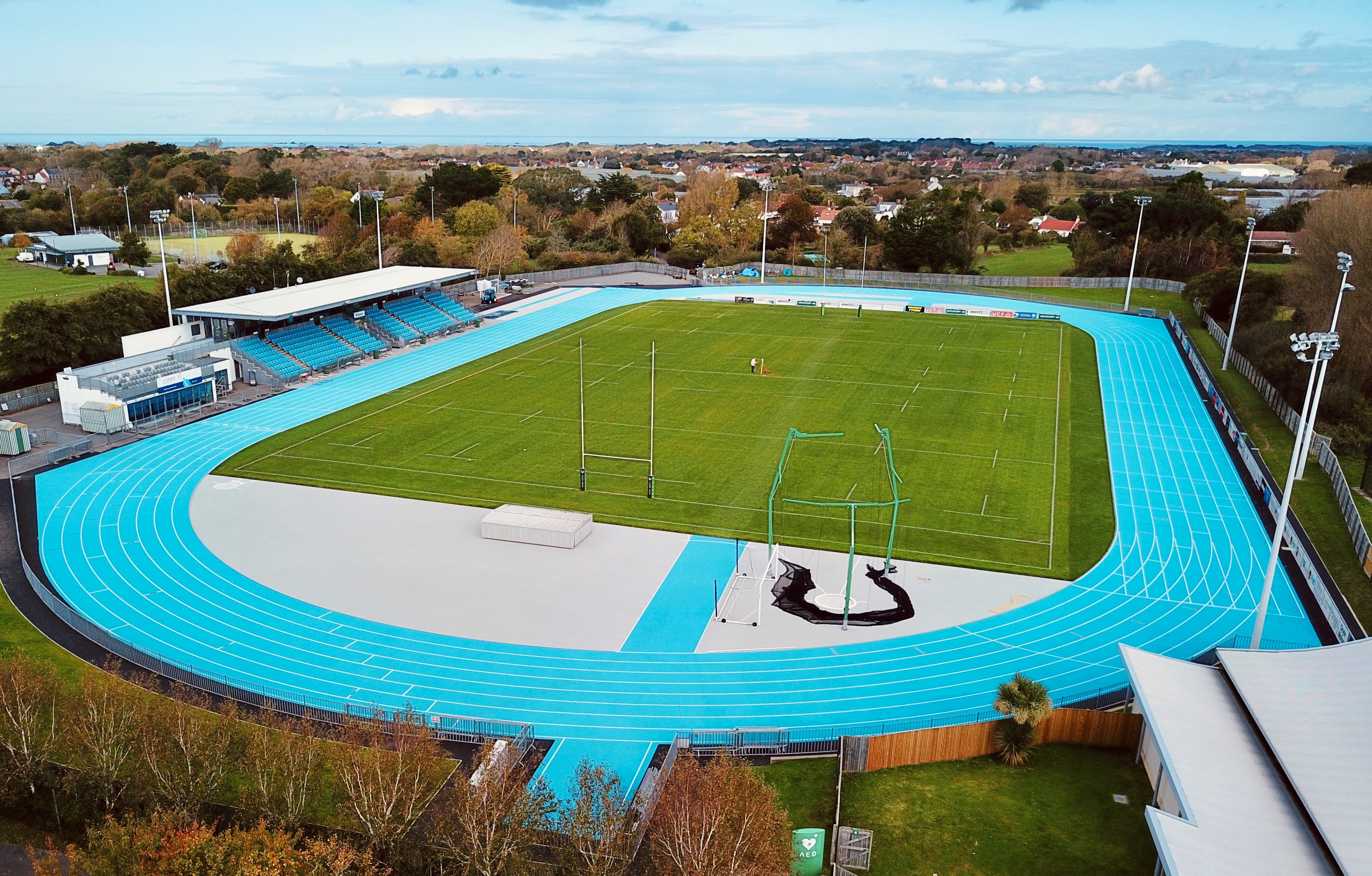 The current regulations rule out certain disciplines such as long distance races and athletes under the age of 18, but Guernsey Athletics will softly launch the Track & Field season with a meet comprising mainly of short sprints and throws. Diligent planning has ensured full compliance with the States of Guernsey’s Phase 4 regulations, and UK Athletics have also given the meet the green light.

Two rounds of the women’s 100m will be the main attraction, as former Commonwealth Youth Games semi-finalist Abi Galpin looks to translate her strong indoor form into summer performances. The 19 year old University of Bath student became Guernsey’s second fastest ever 60m sprinter back in January as she clocked 7.74sec in Cardiff, and then in February made the semis in BUCS 200m with 25.25sec.

The NatWest International Island Games 200m bronze medallist will be joined by fellow Games’ sprinters Vicky Mann and Amelia Lees, both looking to regain 2018-type form after tricky campaigns last year. Another sprinter looking back to 2018 for inspiration is the returning Josh Allaway – back from a stint working in Mauritius. Allaway is the fastest Guernseyman ever over the 100m in all conditions after his wind-assisted 10.55sec in 2017 – which he followed up with a legal best in the Guernsey International a year later with 10.71sec. 52sec 400m hurdler Sam Wallbridge is set to drop down in distance and line up in the sprints.

In the throws, island record holder Sia Banbury will headline in the hammer, with two-time Island Games 5th placer James Bougourd looking to open his javelin campaign in style after an injury-hit 2019. Tom Brierley is the main attraction in the discus.

An 800m is also scheduled – though the athletes will need to adhere to different lane regulations to normal as they’ll be required to stay in their lanes for the full duration of the race.

Guernsey Athletics Development Officer and meet organiser Tom Druce expects Sunday to be a significant event for the club: “Not only will it be the first event to take place in the British Isles, but of course it is the first meet to take place on the newly refurbished track. So there is a lot of significance surrounding it.

“A lot of work has gone in at various levels to get to this point and I’m excited to see some live athletics both on the track and in the field. Because we are unable to host endurance or under-18 events, the meet will be quite small with regards to participants, but the quality is going to be there.”

A start-time is yet to be confirmed as the organisers plan to attempt to ensure they take advantage of best weather during the course of Sunday. This will be confirmed by the end of Thursday.