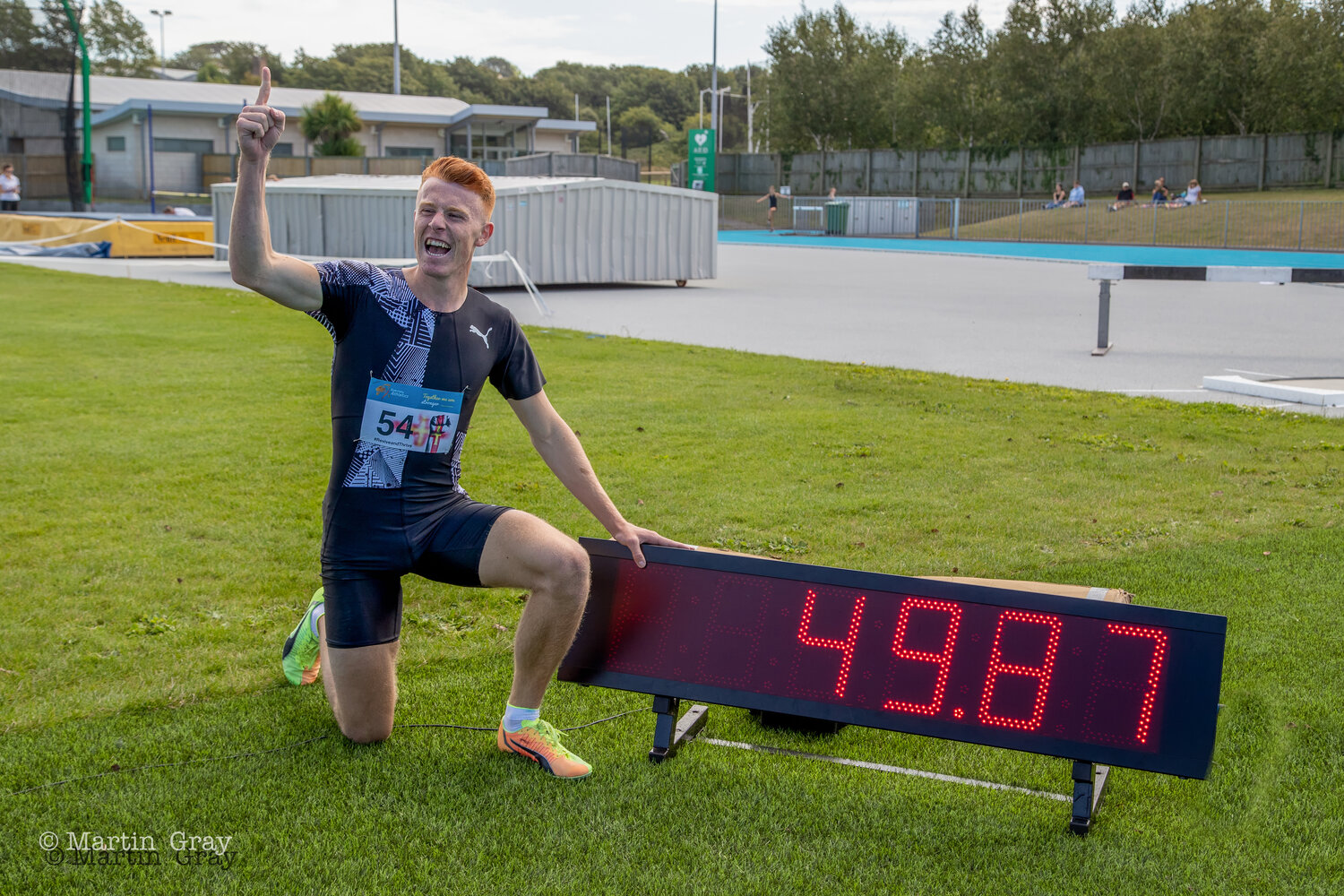 Chalmers does it again

For the second time in two weeks, Alastair Chalmers dazzled over the hurdles at Footes Lane with a performance that will be noticed across the country.

After storming to 4th in the all-time British list for 300m hurdles last time out, this time he dived over the line to secure his first sub-50sec run and head into the top 40 on the British all-time list. He of course, at 20 years of age, has plenty of time to make further impressions on that all-time list. His former coach, Dale Garland, was a class performer of the one-lap hurdles and as such, Chalmers has one of the hardest Island records to beat. He has about a third of a second to find.

Such is the youngster’s class in his performances this year, the majority of the performance was made to look relatively straightforward. Silky over the hurdles, strong in between. The dramatic dive to ensure a sub-50 clocking certainly topped it off with a certain panache.

Behind Chalmers, Peter Curtis ran strongly to post a new PB of 53.01 – despite coming under heavy early pressure from Sam Wallbridge. Curtis held his stride pattern whilst Wallbridge began to clatter barriers, and ultimately comfortably saw off his Island Games team-mate by over a second. It was a highly impressive performance for someone who’s had a stop-start couple of seasons.

The field events were somewhat busier than the previous meet, but it was the lesser subscribed Triple Jump which brought the most positive senior results. Sofia Mella, a debutant at last year’s Island Games, showed a welcome return to form with a PB of 10.65m to fall just short of the Island Games A Standard of 10.70m. Gibraltar 4th-placer Jonny Guille fell just short of 13m with a marginally wind assisted 12.83, and a legal 12.72.

At the other end of the stadium, Dale Garland won the High Jump with 1.80m, and was second to James Bougourd in the javelin…though neither men managed to quite match their recent marks. Bougourd remains consistently around 52m or more though, and will again look to climb back towards his 56m season opener at Thursday’s Field Fest. Ali Higgins won the women’s contest with another throw beyond 32m following her comeback competition last month.

Back on the track, the strong headwinds stunted the 100m races for athletes of all ages and abilities. Not surprisingly, the majority of the Sarnian short sprinters chose to get some training in ahead of next week’s meet which includes both 100m and 200m. Vicky Mann was the highest profile sprinter on show and ran credibly for a 13.21sec run to race winner Tim Ap Sion’s 12.49.