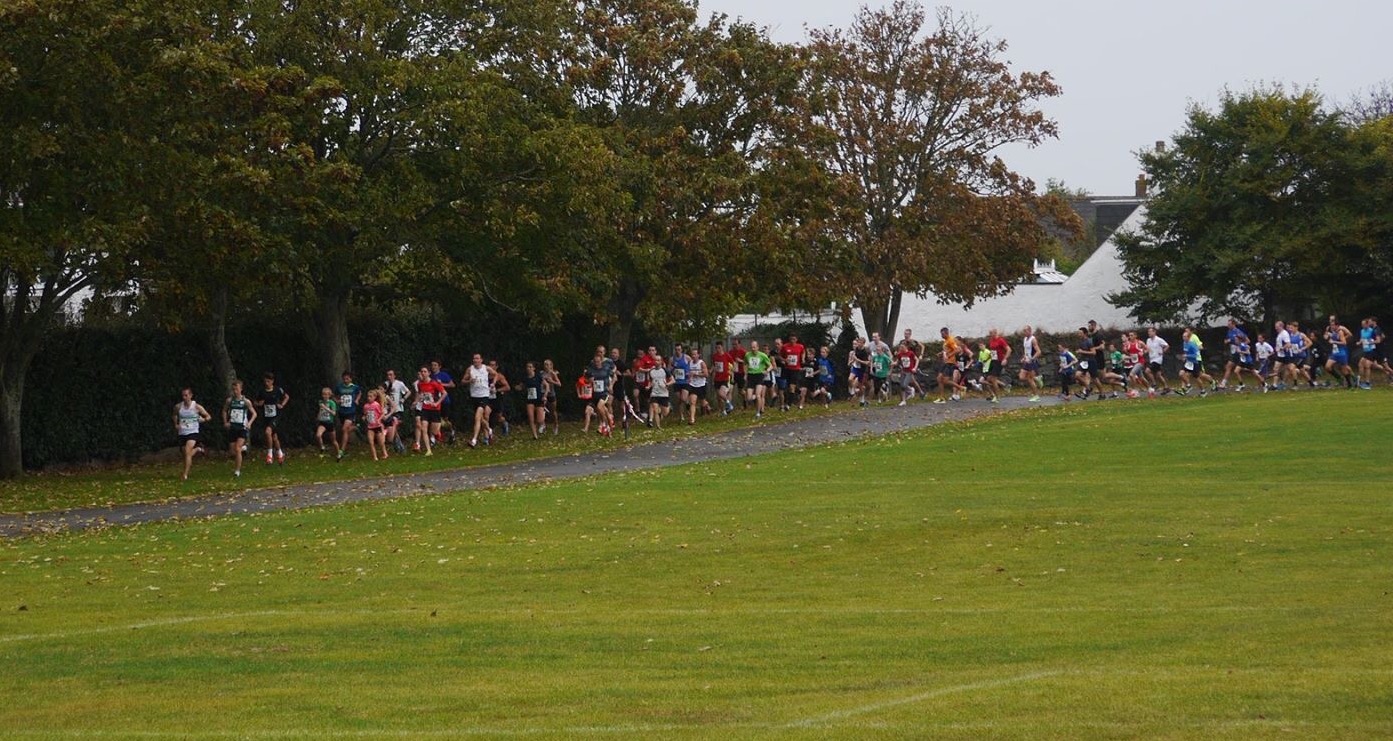 Jason James got his 2016 winter off to a good start with a well paced victory in the opening FNB XC race of the 2016/17 season, run over three laps of the  Delancey Mile loop.   Reigning women’s champion Sarah Mercier ran strongly for a top ten placing in a 150 strong field.

As the field thinned out Ed Mason, the 2015 Island Games Steeplechase medallist, looked in control and drew out a lead of nearing 30m midway through the second lap but as he said “my back locked up on the second climb and I had to ease down after that. I thought Jason might come through as he has run strongly in that situation before” , James meanwhile had passed David Emery and was a strong looking second with one lap remaining. Further back a large group had formed with junior runners Alex Rowe, Joe Yeaman & Sam Culverwell being tracked by Alan Rowe and Sarah Mercier. 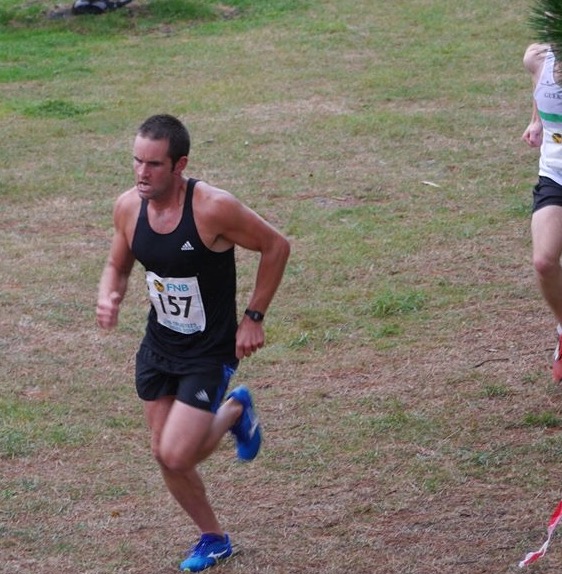 James (left) continued to make inroads into the 17 year old’s lead and passed him with half a lap remaining to cross the line with a 9 second margin and a winning time of 15minutes 46 seconds.  David Emery was a second behind Mason across the line in 15min 56sec.

Leading woman Mercier posted one of the top 20 times nationally in last weekend’s National Road relays and here she was on good form again. Always in the shake-up for a high placing she stopped the clock in 16min 38sec for 10th, Louise Perrio was 14th overall in 17min24sec.  Mercier (below) will be looking to complete a hat-trick of 5000m titles at next year’s island games and has certainly entered the winter in good shape whilst Perrio, who won the previous two island games 5000m titles, is also showing sparks of her best form. Jenny James, another member of last week’s road relay squad, was a strong third. 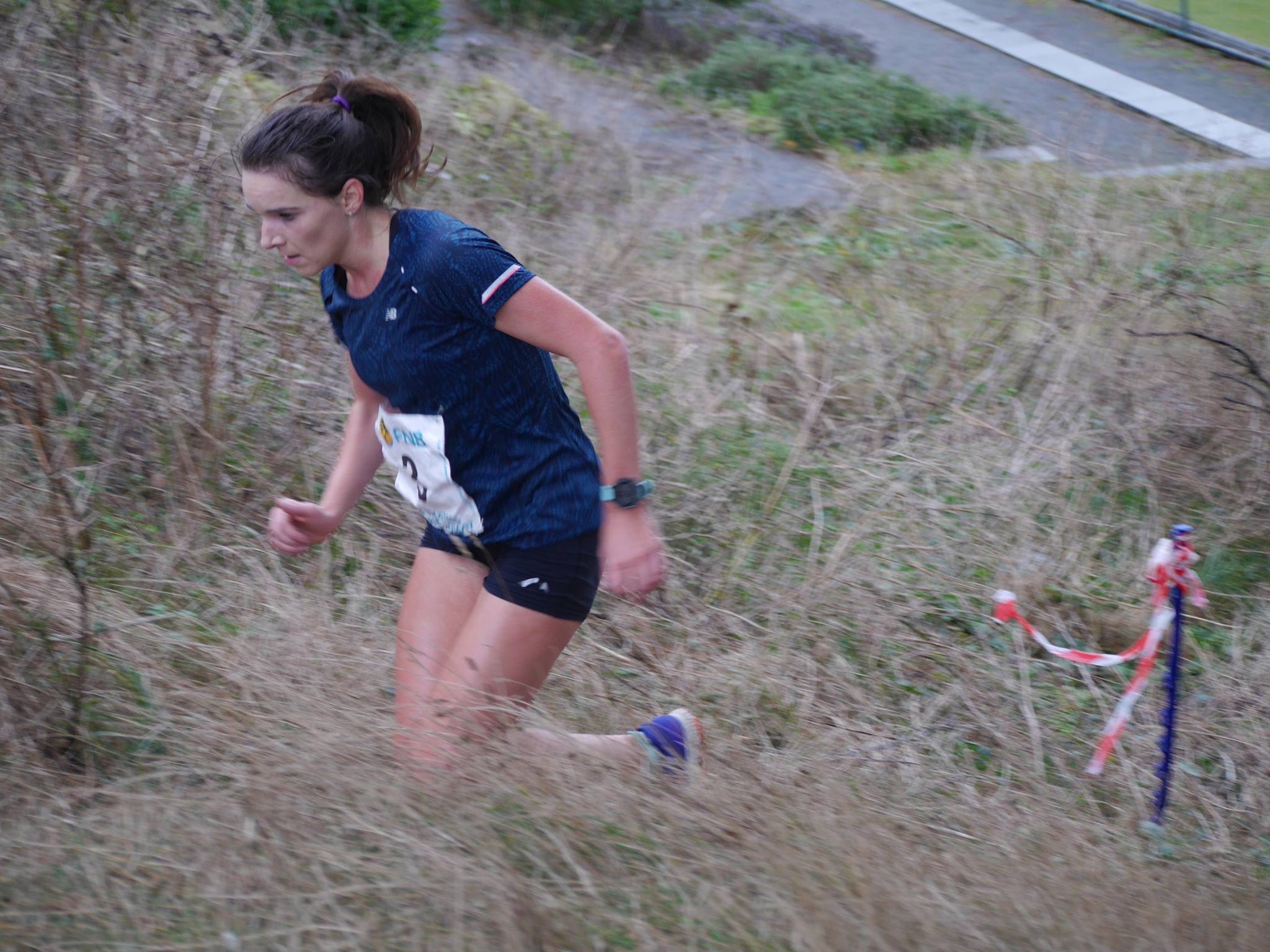 Just outside the podium placing there were great runs by the quartet of under 17s Sam Culverwell(6th), Alex Rowe(7th), Joe Yeaman(9th) & Sammy Galpin(12th) – but they were all pipped by their 5th placed super-veteran coach Alan Rowe.

In a high quality junior 2-mile event Vicky Hancock held on to a fast start for a narrow Under 13 win over Summer Woodhead. Jack Le Tissier was the leading under 13 boy and Eliza Mason leading under 15 girl.