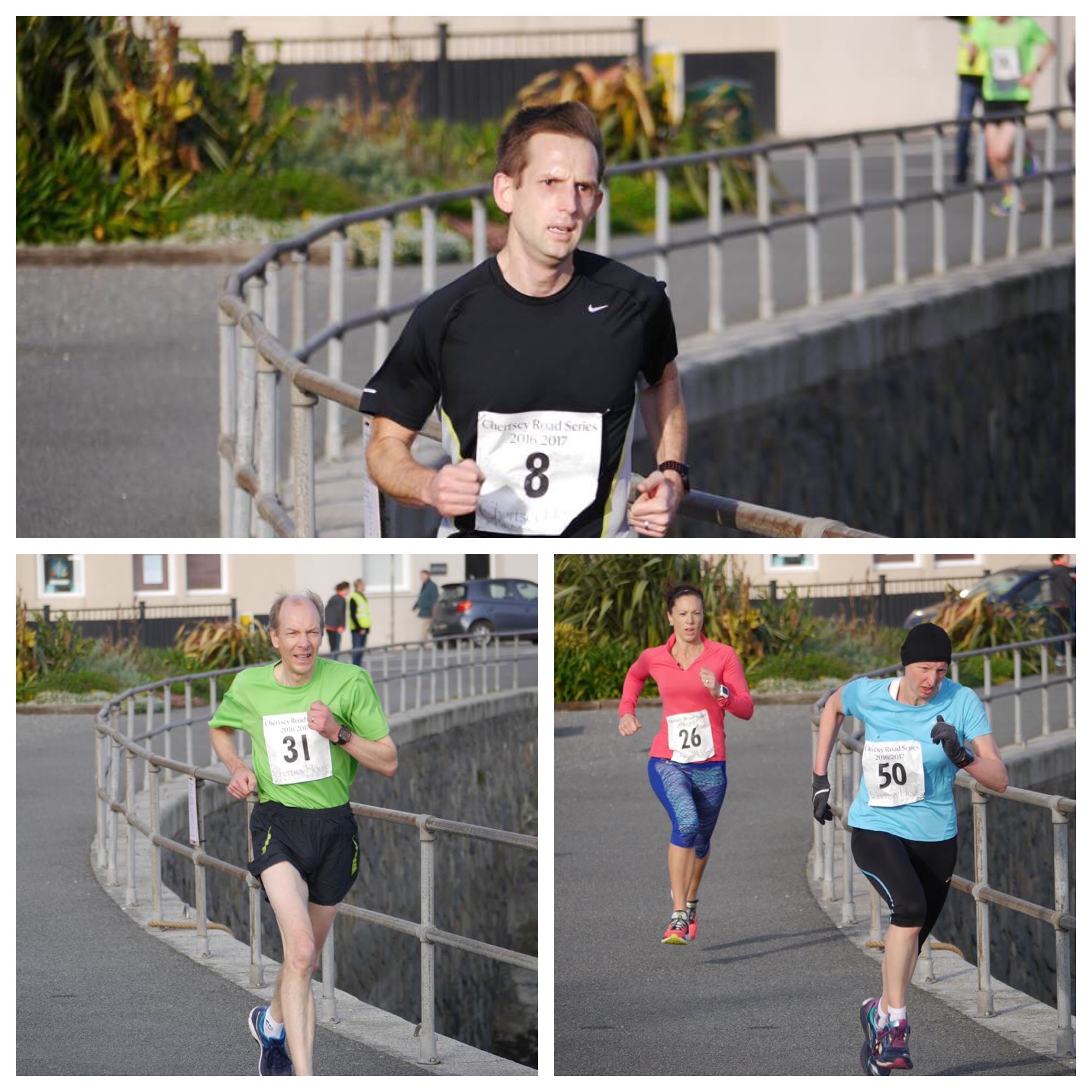 The 73 strong field met with headwinds from the L’Ancresse start and it wasn’t until the runners passed the 2 mile point that they fully felt the easterly tailwind between Vale Castle and the Bridge. At this point Emery, Holden and James were joined by Ed Mason with triathlete Ben Creasey just behind.   Mason and Creasey dropped off during the next mile and Emery took the intitiative with a mile and a half remaining.

The field was missing the likes of Mike Wilesmith, Matt Loveridge and Mike Batiste whereas Mason has still to find his best racing form but nothing can be taken from the podium finishers as they all broke the 27 minute barrier and posted times that would see them near the 33 minute barrier for 10k.   Emery proved again that once he gets a sniff of the finish line he is a tough man to beat and ultimately drew out a ten second margin on Holden to cross the line in 26 minutes 33 seconds, James was a further four seconds behind in third.

In an even closer finish to the women’s placing  Dudin held off Smith by a mere second to finish in 34 minutes and 4 seconds Megan Chapple was only 10 seconds behind the winner in third.