After aborting his planned trip to Sunday’s Gosport Half Marathon, Dave Emery stayed closer to home and claimed victory in the second race of the 2016/17 FNB XC series run over 4 laps of an amended one mile long stonecrusher circuit.

Louise Perrio finished just outside the top 10 placings but was a clear winner of the women’s race. In total over 120 runners toed the startline.

The first lap was led out by Mike Wilesmith with Ed Mason tracking closely and Emery completing a trio that stayed together for the opening two laps but with Mason falling away at halfway, Emery forced the pace and stretched out a small lead on the climb to Tower No. 5 halfway through the third lap. After entering the final lap with a lead of 5 seconds, he continued to edge away from Wilesmith to eventually cross the line 12 seconds clear in 20 minutes 54 seconds.  Jason James, the winner of the opening FNB fixture, was third this time in 21 minutes 31 seconds. 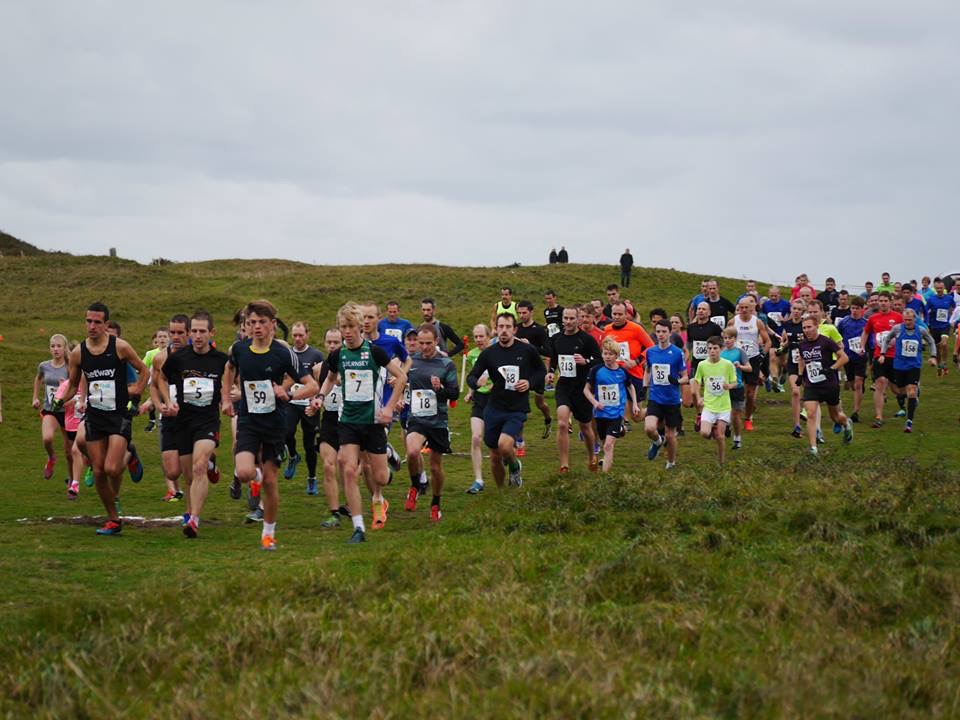 After a tentative opening few hundred metres, Louise Perrio got into her stride and found herself amongst the top 15 runners; well clear of Laura McCarthy and Jenny James (pictured below) who were involved in a tighter race. Perrio herself looks to be getting back to her best form and with Sarah Mercier absent has put herself in a strong position to add to her total of 11 series wins. James ran one of her best Cross Country races to date, finishing as second female crossing the line in 26th place overall and posting 25 minutes 12 seconds for the 4 mile distance.  Ultimately, Perrio was well clear and finished over a minute and a half ahead in 23 minutes 35 seconds. 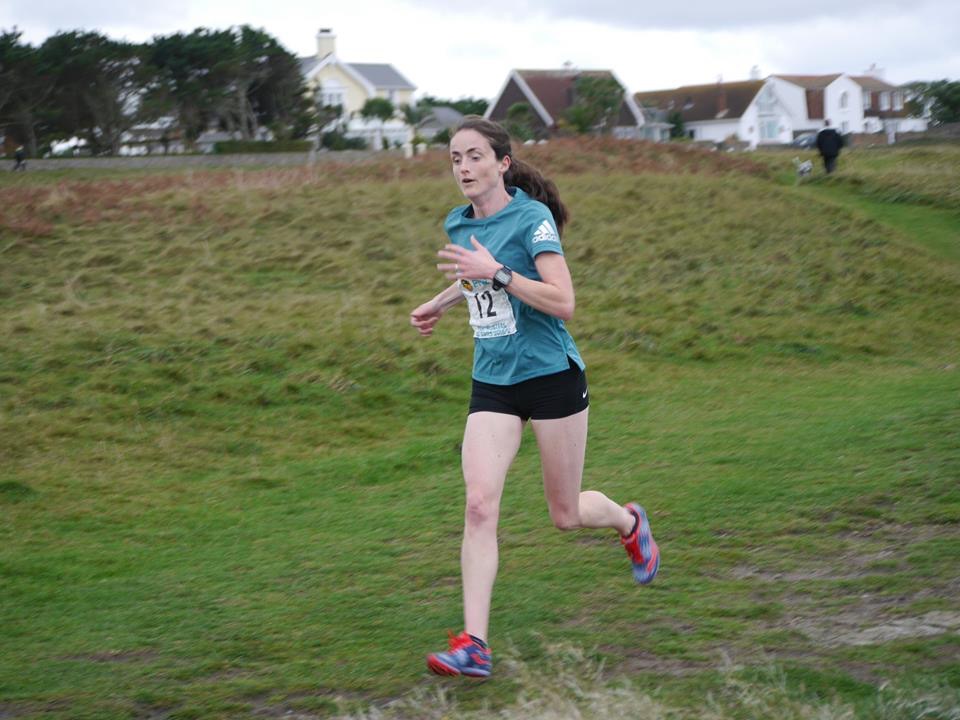 15 year old Louis Le Cheminant was first across the line in the 3 mile mass race, whilst another 15 year old, Eliza Mason , was the lead runner in the 2 mile event for u15 girls and U13 boys. Summer Woodhead was the leading under 13 girl and Lorcan Gallagher led the field of under 13 boys.

Behind Le Cheminant in the 3 mile event a trio of his peers underlined the increasing strength in this age group. Chris Bain, Anton Goovaerts and Isaac Powers finished within a few seconds of each other just outside 19 minutes.