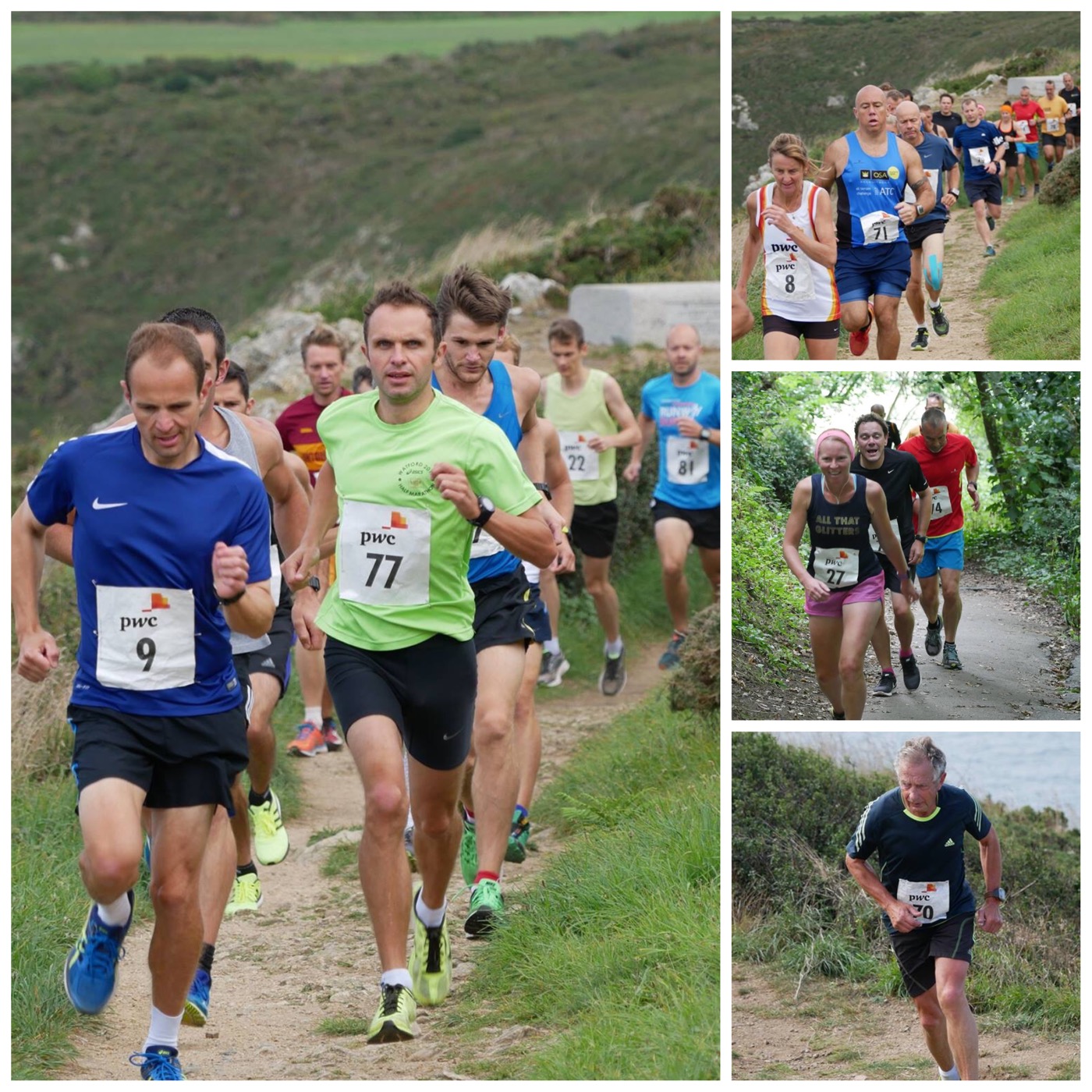 Richard Kowenicki(no 77 in Phil Nicolle’s image) returned to Guernsey and dominated the second race in the PwC Cliff Path series.

Kowenicki is an ex- Elizabeth College student now teaching in London and whilst he didn’t do much racing prior to his departure from Guernsey he can now claim a 2:31 Marathon PB courtesy of his 2014 run in London. On this occasion his stamina proved too much for Jason James and he ran out an easy winner of the 8 Mile Icart-Fermain-Icart event. His time of 56 minutes 59 seconds was over a minute quicker than Tiaan Erwee’s 2016 clocking in the first staging of the race.

James was second in 61:02 with Ben Wilen third a further 38 seconds in arrears.

Caroline Creed(pictured, 8) ran superbly to cross the line in 74:02 as leading woman but was also quicker than all the fifty-something men and laid claim to being first supervet overall. Chantal Green was second female home in 77:37.

Septuagenarian Roger Naftel(fittingly no 70)  again defied his years for an impressive time of 1 hr 45 minutes.