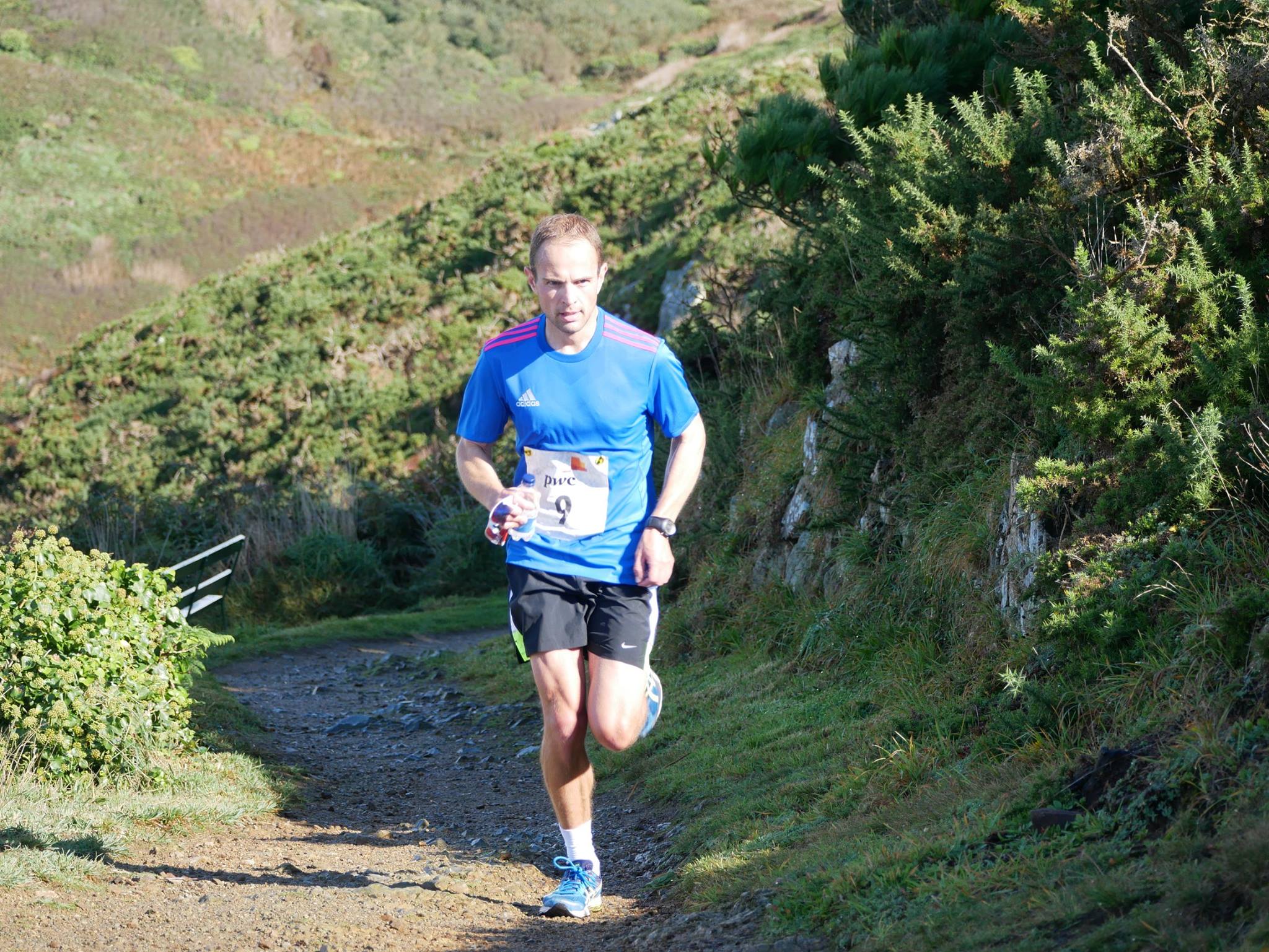 There are not many races that Jim De Garis chooses to miss but with his marathon debut just two weeks away he may have been excused attendance at the third PwC race but having taken the line he ran a strong race to win from Richard Hann and early leader Luke Richards. (image Phil Nicolle).

A big Thank-You to the numerous volunteers from JP’s Running Group that made the event happen.