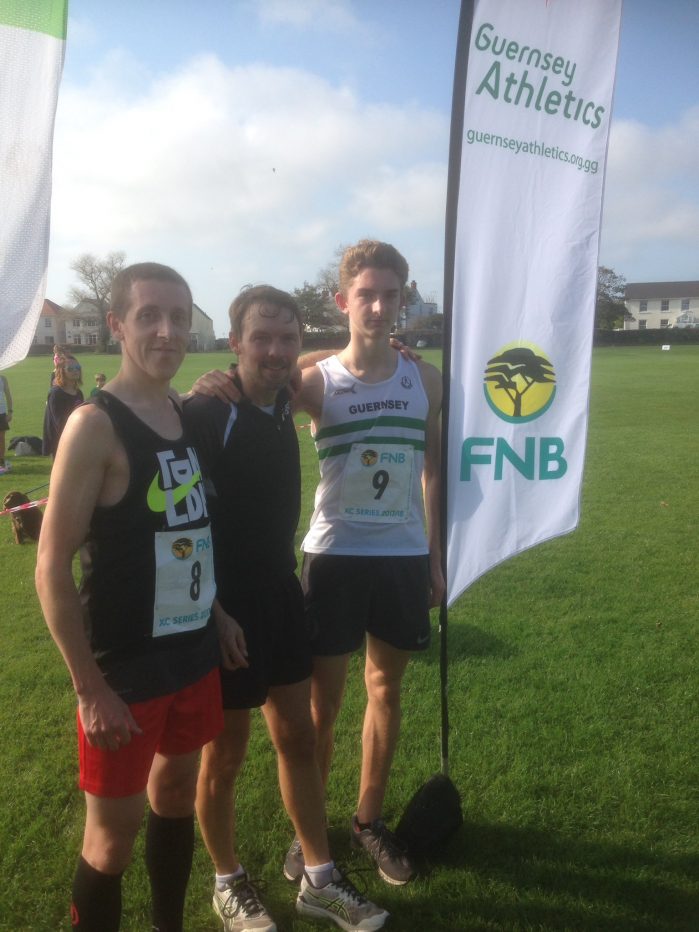 Richard Friedrich may not race often but when he does he is a difficult man to beat as it proved again in the opening 3 Mile event of the 2017/2018 FNB Cross Country series.

The race unfolded with Alex Rowe, tipped by race organiser Paul Ingrouille as one to watch, and Peter Amy joining Friedrich in a lead group  but on the second mile-long loop of three the 2017 Milk Run winner took control with a rapid climb up the feature hill towards the Doyle monument foundation and then gradually eked out a 50 metre winning margin and crossed the line in 15minutes 57 seconds.   Amy was clear in second and Rowe, who appeared to ease off with his podium place secured having to rally in the closing stages to hold off fast finishing Tristan Robilliard.

After starting quickly with a 5 minute 35 second opening lap Louise Perrio was always in control of the women’s race which she duly won in 17 minutes 11 seconds in 11th place overall. “I wanted to get clear of the group I was in to ensure I had a good view of the upcoming terrain but I did slow on the third lap and had nothing left in the closing stages” said the reigning champion.  Perrio’s nearest female challenger in the opening stages was leading under 13 athlete Summer Woodhead who peeled off after completing her two lap distance. Laura McCarthy was second just a short distance clear of Jenny James with a lap remaining but James finished strongly to claim second in 17 minutes 51 seconds just a few metres clear of McCarthy.   After over a year out with injury Nat Whitty was a welcome addition to the 140 strong field and finished in 18 minutes 33 seconds as 4th woman in 25th overall

Woodhead was overall winner of the Under 13 2 Mile event in a new girls record of 11 minutes 43 seconds. Gian-luca Robilliard  was leading boy in 12 minutes 19 seconds.