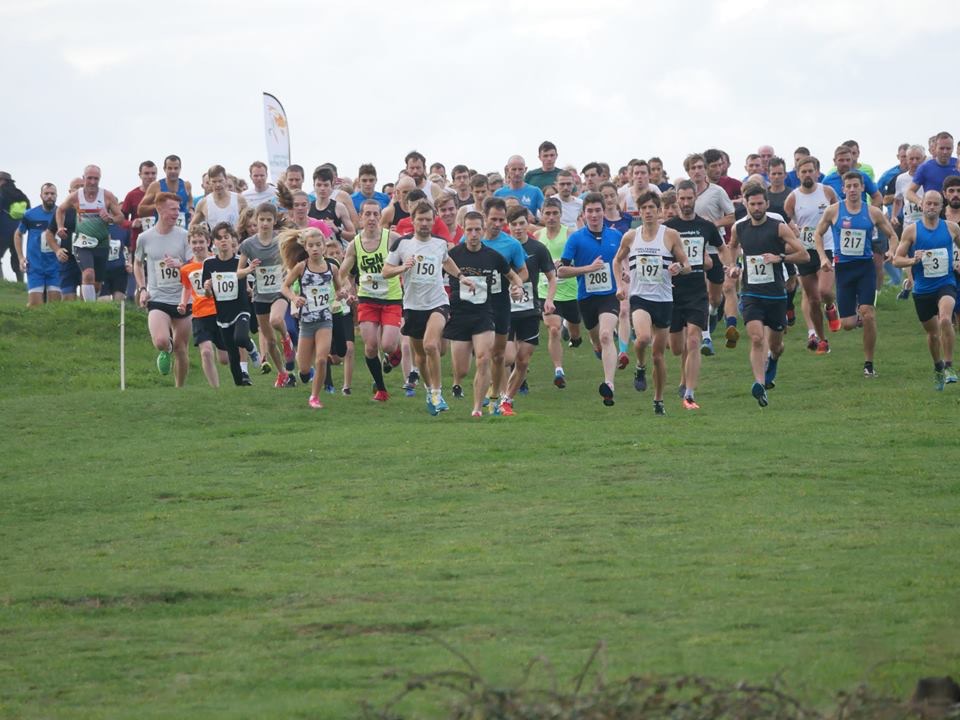 For two laps of the four lap race Steve Dawes looked to be on his way to a dream return to the FNB Cross Country league but ultimately it was the reigning champion David Emery who prevailed in the four mile event, the second of the 5 race winter FNB Cross Country series.  Richard Friedrich, who won the opening race was third this time.

Louise Perrio made a swift recovery from her superb 2:49:59 island record marathon run last weekend and comfortably headed the women’s field but behind her there was a superb race between Jenny James and Laura McCarthy. Now coached by Lee Merrien both runners are making good improvements under their new regime and were over 40 seconds quicker than their equivalent race last year but ultimately it was McCarthy who had the edge as she crossed the line with a 3 second margin in 24 minutes 38 seconds. Perrio’s winning time was 23 minutes 3 seconds.

Dawes soon made his way to the front of the 150 strong field and had a lead of over 10 seconds at the halfway point but by then Emery  was stemming the gap and after closing on the penultimate lap went through the ‘Bell’ just a few strides behind the two-time County Champion. After hitting the front in the final mile Emery drew clear to win by 11 seconds in a time of 21 minutes 3 seconds.

“Trying to be a runner again, had fun out there today!” said Dawes on social media. After a period of serious cycling the man who dominated the domestic endurance scene and retired in 2013 as county champion is still in a position to add to his ten FNB series titles. Emery also missed the opening race but with 2 discards allowed in the 5 race series and premium points available in the final event the fight for the 2017/18 title is open.

Behind the leading trio 17 year old Commonwealth Youth Games cycling road race medalist Sam Culverwell had a great race and despite being passed by Peter Amy in the closing stages still finished a superb 5th.   Fellow Bahamas medallist Ala Chalmers, who won gold over 400m Hurdles, made a rare distance outing to finish third in the supporting 3 mile event and finished just behind his coach Dale Garland, who often recommends such events as conditioning for his long sprint group, but both runners were well behind the impressive 14 year old Chris Bain who ran out a big winner with a margin of 90 seconds in a time of 17 minutes 34 seconds.

The under 13 2 mile event saw both Summer Woodhead and Kate Bain run significantly quicker than their times in last year’s staging of this event but Woodhead was again imperious and claimed a new course record of 11 minutes 49 seconds.  Gian-Luca Robilliard was leading U13 boy in a fast 12 minutes 51 seconds.

The event proved popular and drew a record field that was even larger than  the series opener. 155 runners took to the line in the main event and over 50 took part in the following children’s events.