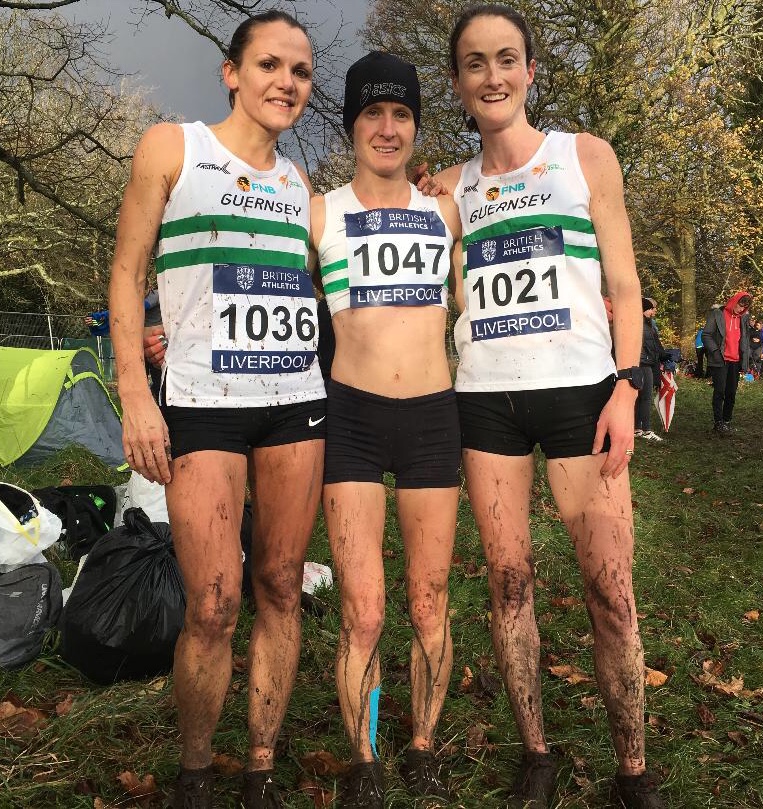 A small but dedicated contingent of Guernseywomen were rewarded with top-100 placings after making the trip to compete in the prestigious Liverpool Cross Challenge.

Louise Perrio, Jenny James and Laura McCarthy took to the start line of the 8.1-kilometre senior women’s race in Sefton Park, alongside a cohort of elite athletes vying for Euro Trials selection.

McCarthy was arguably the standout performer, placing 11 positions higher than last year and also claiming a course best despite the squally weather, which made for tough going underfoot.

“It was a very similar time to last year and it definitely was a lot tougher, but I quite like it when it’s muddy like that,” she said.

“It just feels like proper cross country – it was worth going away for!”

“Other than that, I pretty much ran it as I planned. I went faster in the first mile and was more or less the same through the middle and quicker again at the end.”

Aldershot’s Emilia Gorecka was the overall winner with a time of 27:59 to under-23 Jess Judd’s 28:06, with both defeating Gemma Steel who had hoped to claim her fifth consecutive victory in the event.

While this year’s 9.8-kilometre men’s race featured no Guernsey vests, it did provide an incredible experience for spectators, Sarnian or otherwise.

Derby’s Ben Connor won the race in a time of 30:18, overthrowing last year’s winner and Rio Olympian Andrew Butchart… who was relegated to fifth, a testament to the incredible quality of the field.

The delighted national XC champion was also willing to provide a few words for the Guernsey AC blog.

“It’s the most competitive cross country of the year, everyone turns up because everyone wants to do the Euro Cross. So yeah, I’m delighted to win.”

Full results from both the senior men’s and women’s races, as well as the host of earlier age group races, can be found at: (under the Liverpool tab). http://www.uka.org.uk/competitions/the-british-athletics-cross-challenge.