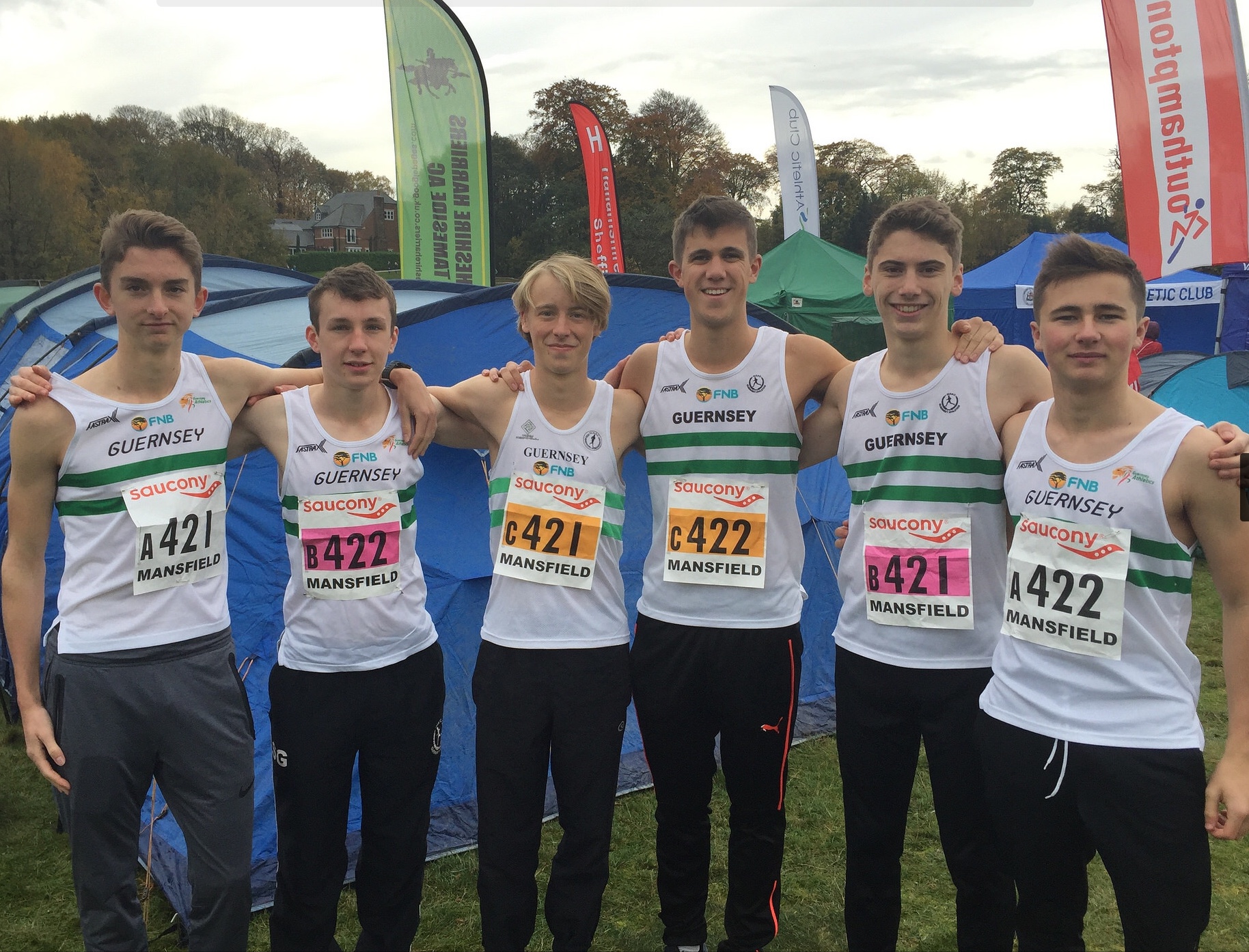 Guernsey’s FNB supported U20 endurance runners came so close to a top 20 national placing in their National relay debut but their hopes slipped away in the bedlam of a final changeover that saw them drop 10 places. 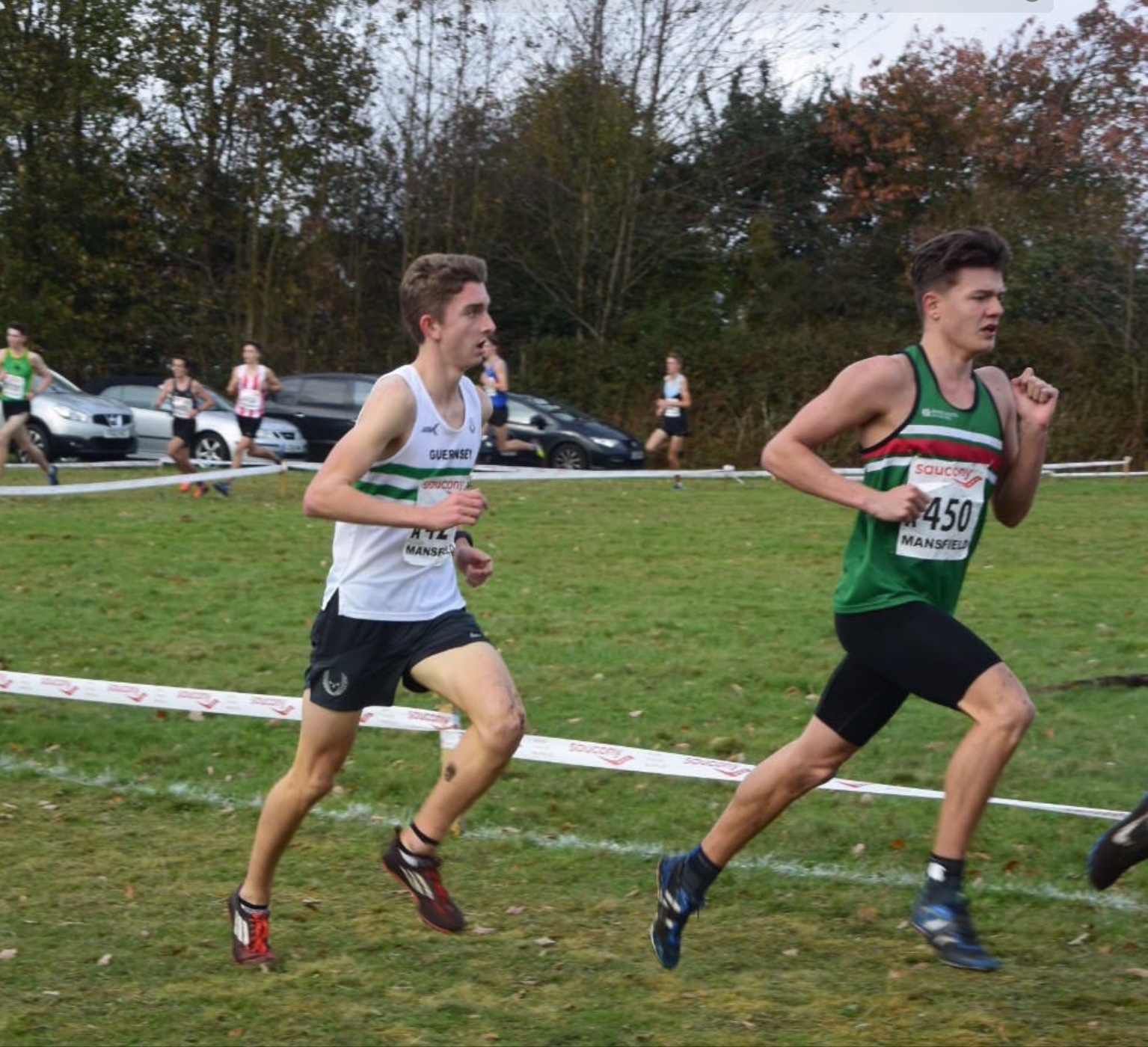 Alex Rowe (seen chasing Sale Harrier Adam Spilsbury) got the A trio off to a fine start with a 9:30 clocking for the slightly shorter opening leg (Approx 3k) and handed over to Richard Bartram in 30th place, roughly halfway up the field at that stage.

Bartram moved the A team up 8 places with his  9minute 36 second leg but confusion reigned in the changeover to Ed Mason and the steeplechaser lost 40 seconds and most of the places gained before  he emerged from the changeover zone and rallied to bring the team home in 30th place.

The B squad of Yeaman, Sammy Galpin and Chris Way finished a strong 39th out of 49 strong teams.

“Perhaps not the overall result we wanted ” said team manger Alan Rowe “but there were some good performances. Alex and Joe looked to have moved on performance-wise. Richard ran very strongly and Sammy also put in a solid leg”

Only Bartram and Way move out of the age group, still leaving a strong squad to select from next season so hopes of improving on this opening performance are high. 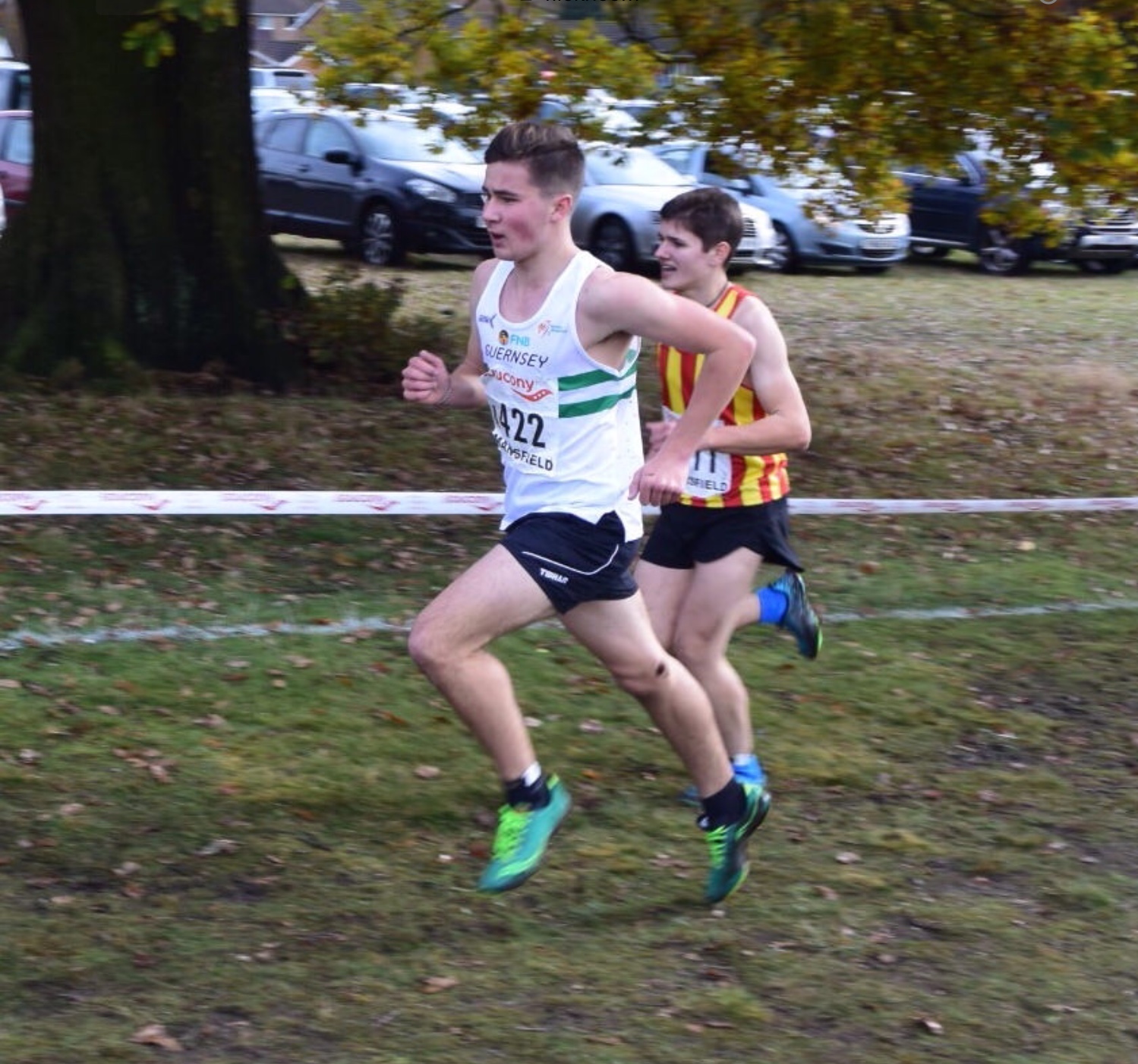 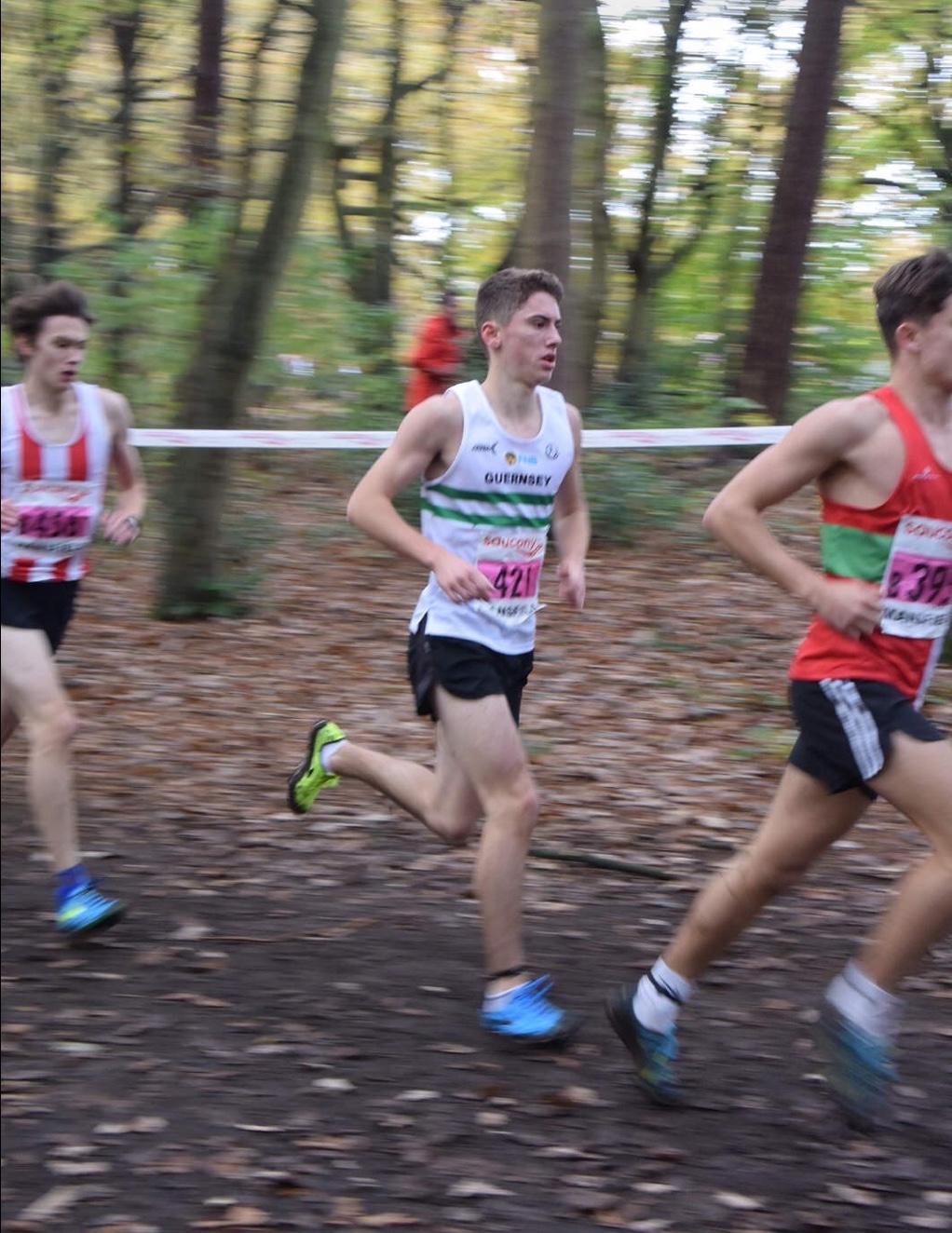