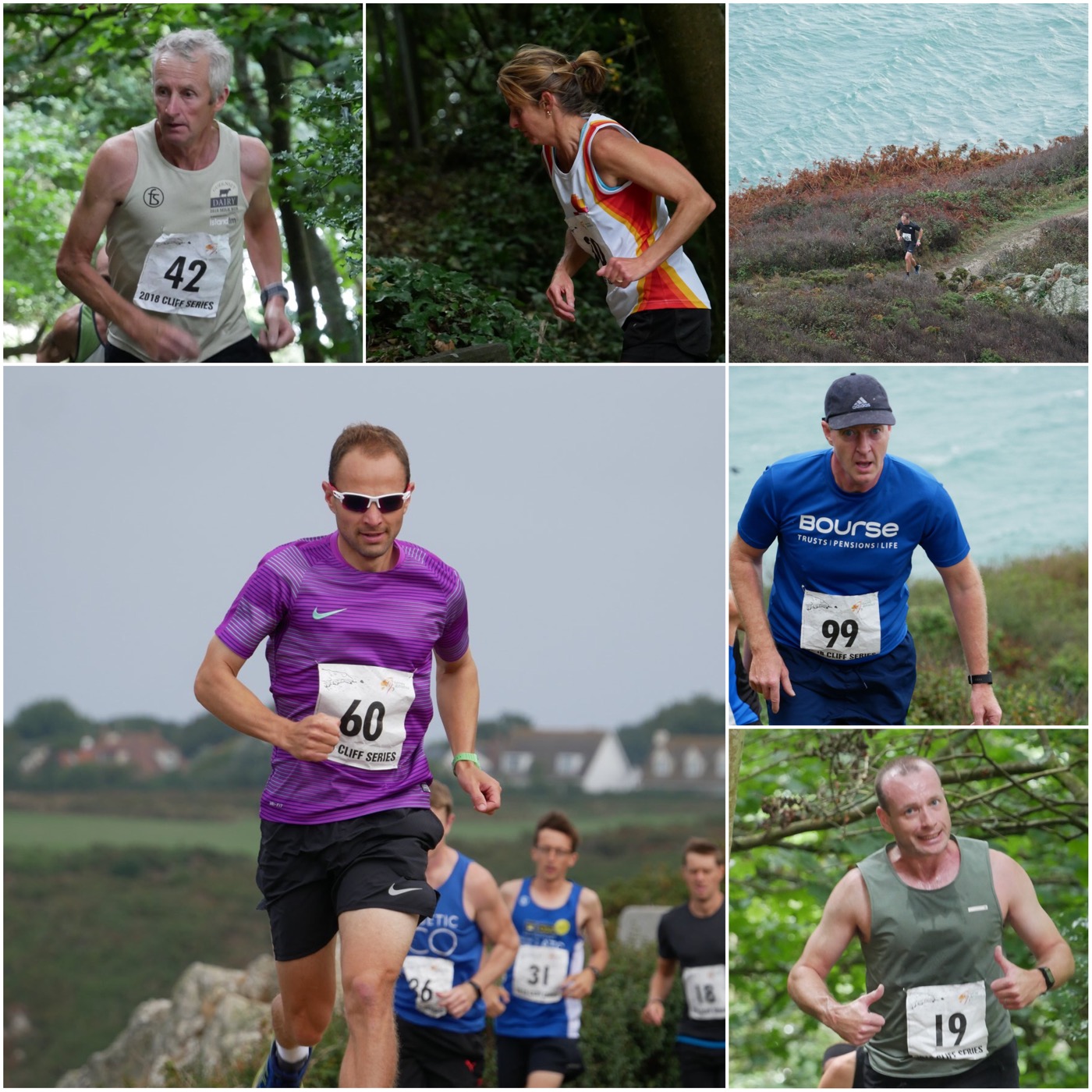 Jim De Garis claimed the overall Gsy AC Cliff Path title with maximum points but in the other leagues things were less clear cut.  De Garis was a clear winner ahead of newcomers Kirk Bourgaize and Steve Saunders.

Following a cycle accident Chris Travers was an unfortunate absentee in the final  race where his sister Caroline Creed picked up top points for division two but with a race discard allowed it was the elder of the siblings that claimed the title.   Creed was the leading woman ahead of division three competitors Nikki Neal and Karen Farman.

Kart racer Mike Brehaut has played a starring role in the final two motor racing hill climbs of the season with two “FTDs” but solid performances through the four race series saw him claim honours on two legs as well.

Jason Powers improved through the series to take the division four title and beat all the division three competitors in the final ‘Dogbreaker’ Event.

JP’s Runners group did a great job in marking, marshalling and officiating ensuring  the series went ahead – big thanks are extended to them.

With the Guernsey Athletics Cliff series coming to a close interest will turn to distance.gg’s Nutcracker event in late October http://www.distance.gg/TheNutcracker.html    and Guernsey Ultra’s Nighttime “gun31” in November    –  https://www.gun31.com/