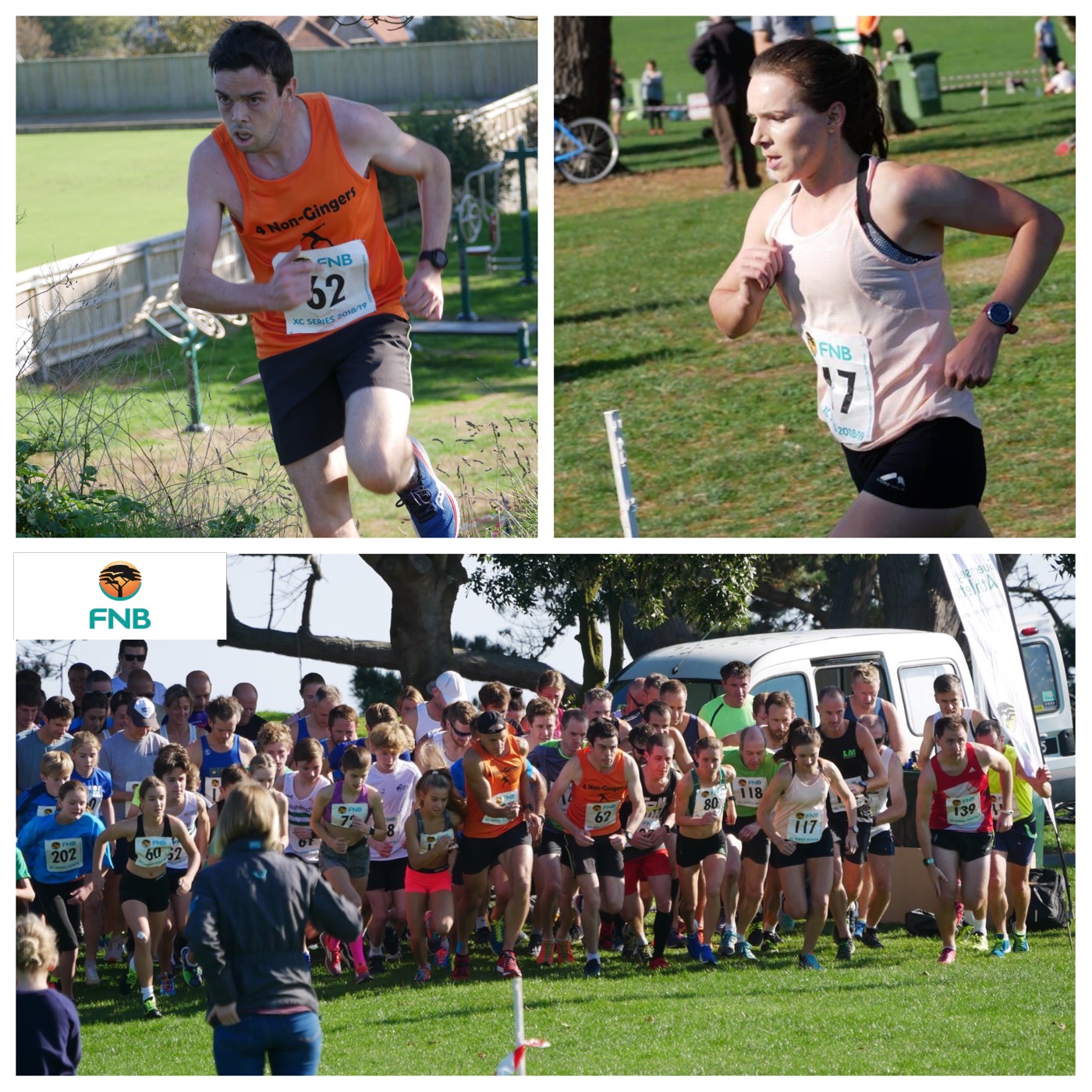 Three years ago James Priest turned up as a novice runner and placed 40th in his first ever serious senior level cross country event but the opening fixture of the 2018/19 season underlined the level of improvement he has made in the intervening period as he led from the start for a convincing solo win over Carl Holden and Peter Amy.

Sarah Mercier and Louise Perrio provided real quality in the women’s field and were the next two athletes across the line in a large field of over 134 starters.

The compact but hilly lap was extended very slightly to bring the race distance  just short of three miles and with the race times correspondingly slightly slower than recent years. After breaking clear soon after the start, Priest soon took control. Holden held the gap to 20 m for much of the opening circuit which Priest completed in 5 minutes 12 seconds. Although slightly slower on the second lap, completed in 5 minutes 28 seconds, the margin extended whilst Holden was also comfortably clear of Amy and Mercier.

Mercier had a two week break after her  Island 10,000m record run in early September before returning to training and looked in good condition in tagging onto Amy for the opening two laps and was always clear of Perrio who set a new Island half marathon record in Manchester only 6 days ago.  “I don’t always recover from halfs very well but my legs were feeling better on the third lap, Sarah was away and gone by then. There was clearly a good race going on between her and Pete”. Said Perrio.

Priest stopped the clock in 16 minutes 18 second, with a 17 second margin over Holden,  Whilst Amy ran a superb final circuit to follow Holden across the line just 3 second later.

With many times for the twisting, hilly 3 mile route coming out close to an equivalent flat 5km Mercier crossed the line fourth overall in an impressive 17 minutes 1 second and Perrio 5th  in 17:25.  Emily Bookless, one of many specialist triathletes using the event as winter preparation,  was third woman in 39th overall with a time of 20:35.

After a fast start Louis Le Cheminant hung on well for 7th overall and was leading under 17 one place behind leading veteran Warwick Helps. Gian-Luca Robilliard was the leading under 15 in 27th place.

Summer Woodhead won the two mile event for U15 Girls, U13 Girls and U13 boys but there was a great run from second placed Jayden Creber.