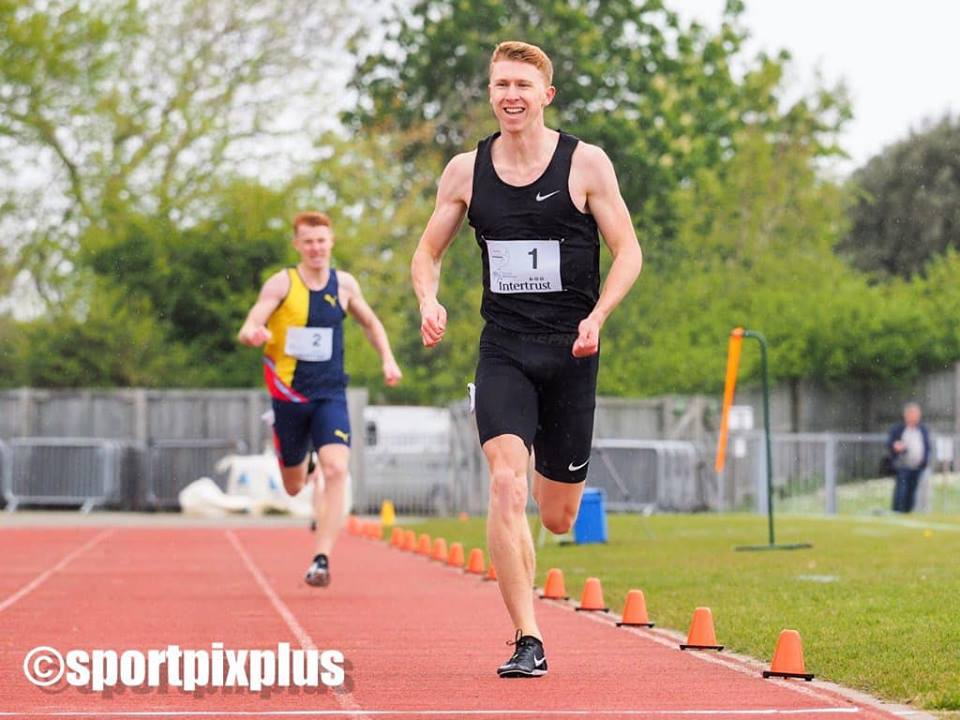 Chalmers chalks up another Island best

As he so often does, Cameron Chalmers lived up to the pre-race billing as he claimed the Island 600m record after a searing pace first half of the race. He knocked almost exactly a second off Tom Druce’s previous mark…clocking 77.26sec. His brother Alastair could not live with the older sibling’s pace but had the consolation of claiming Druce’s Island U20 record as he dipped inside 81sec.

Joe Yeaman headed the much anticipated 800m ahead of Alex Rowe and Chris Bain. The field sat off the pacemaker for the first lap before springing into life courtesy of Rowe’s surge to the front with over 200m to go. Yeaman found something in the home straight as Rowe and Bain also finished strongly to all clock times in the 1:58 range…the victor dipping under that with 1:57.91.

Other Island Games hopefuls did their selection chances no harm – headed by Toby Glass who dipped dramatically under the 16.00sec development standard in the 110m hurdles. Jordan Kelly and Sofia Mella both showed strong form in the long jump and triple jump respectively…Kelly looks to be well and truly on the plane after another PB. Both jumpers are expected to be in triple jump action next weekend. The same is true of experienced Island Games campaigner Jonny Guille, who opened his season with solid long jumping ahead of switching to his favoured event next week.

Tom Brierley is an outside bet for a discus berth, but will be encouraged with a big PB despite some tough throwing conditions. He too will be hoping for a little more on “deadline day.”

Away from the seniors, there were some exciting early season performances in the junior ranks. Vicky Hancock stood out in the 75m hurdles and the long jump – with Summer Woodhead debuting well in the 3,000m. Kate Bain went close to her PB in the 800m but was upstaged by her male training partners as Gian-Luca Robilliard smashed through the 2:10 barrier and dragged Henry Lister to a large PB as well. Josh Avery was the pick of the javelin throwers with a big PB over 36m – coach Paul Wallbridge also achieving a new PB despite the tricky cross-wind.

The U13 athletes on display undertook the Quadrathlon event and Guernsey’s leading athletes were Rupert Wilson and Talia Godet.

Power of 10 results are here