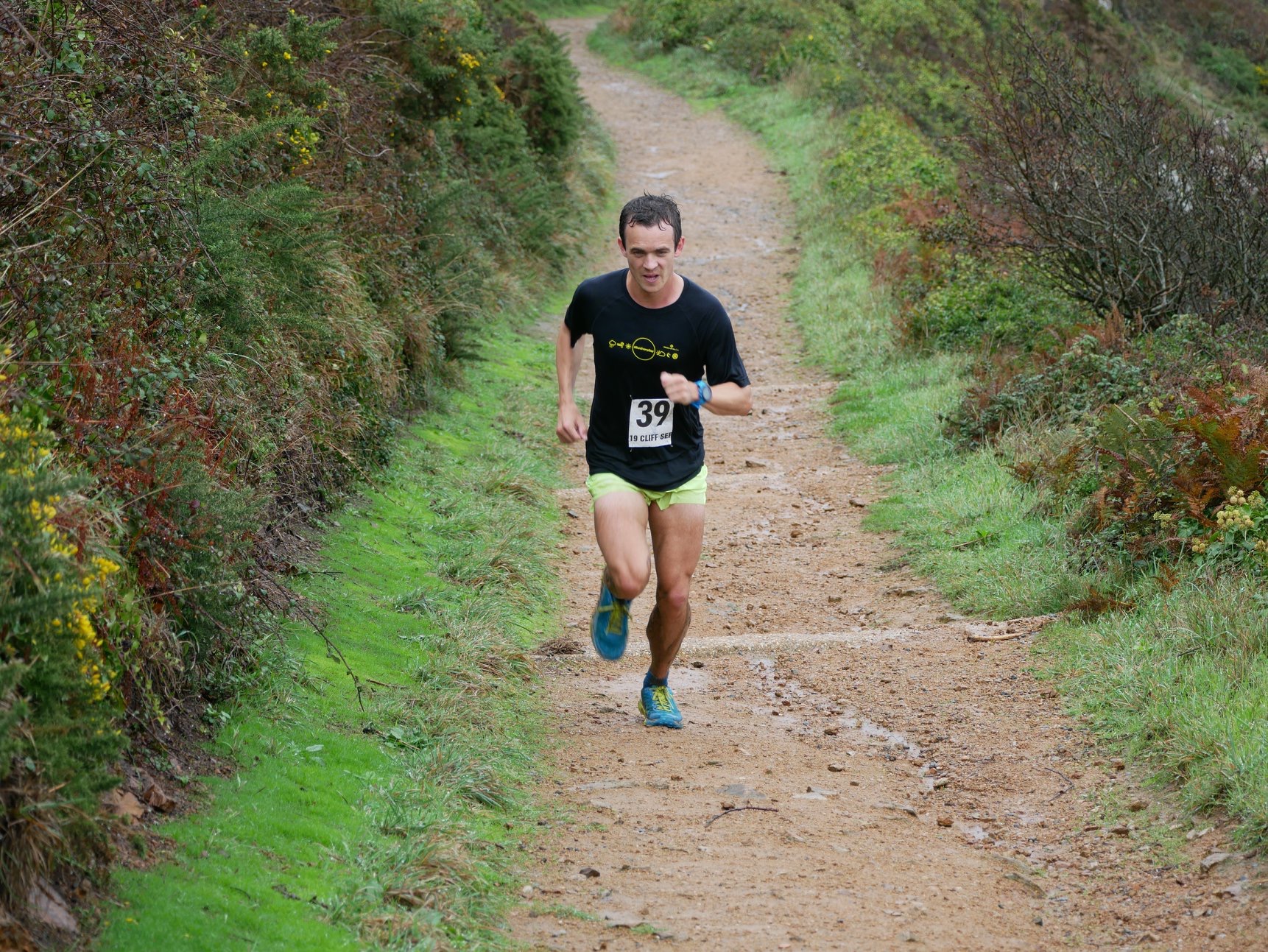 After setting a hot pace from the start Tiaan Erwee again proved to be untouchable on the cliff paths but fell agonisingly short of the outright South Esplanade-Fairy ring record as the wind and rain took its toll.

Tiaan’s finishing time of 1 hr 45 minutes 35 seconds was the second fastest time ever recorded, ahead of the likes of Jamie Marsh, Steve Dawes and Nick Despres who all clocking times in the 1:46 band but was 76 seconds outside Paul Ingrouille’s 1991 record of 1:44:19.

Kirk Bourgaize ran a strong solo race for second place in 2 hours 4 minutes, a healthy 14 minute improvement on his time of last year.

The field boasted a healthy 43 finishers.

A big thank you to members of JP’s running group for their help in ensuring the cliff path series went ahead.

Tiaan’s 4 out of 4 win record put him clearly at the top of the League with Kirk Bourgaize a solid second.