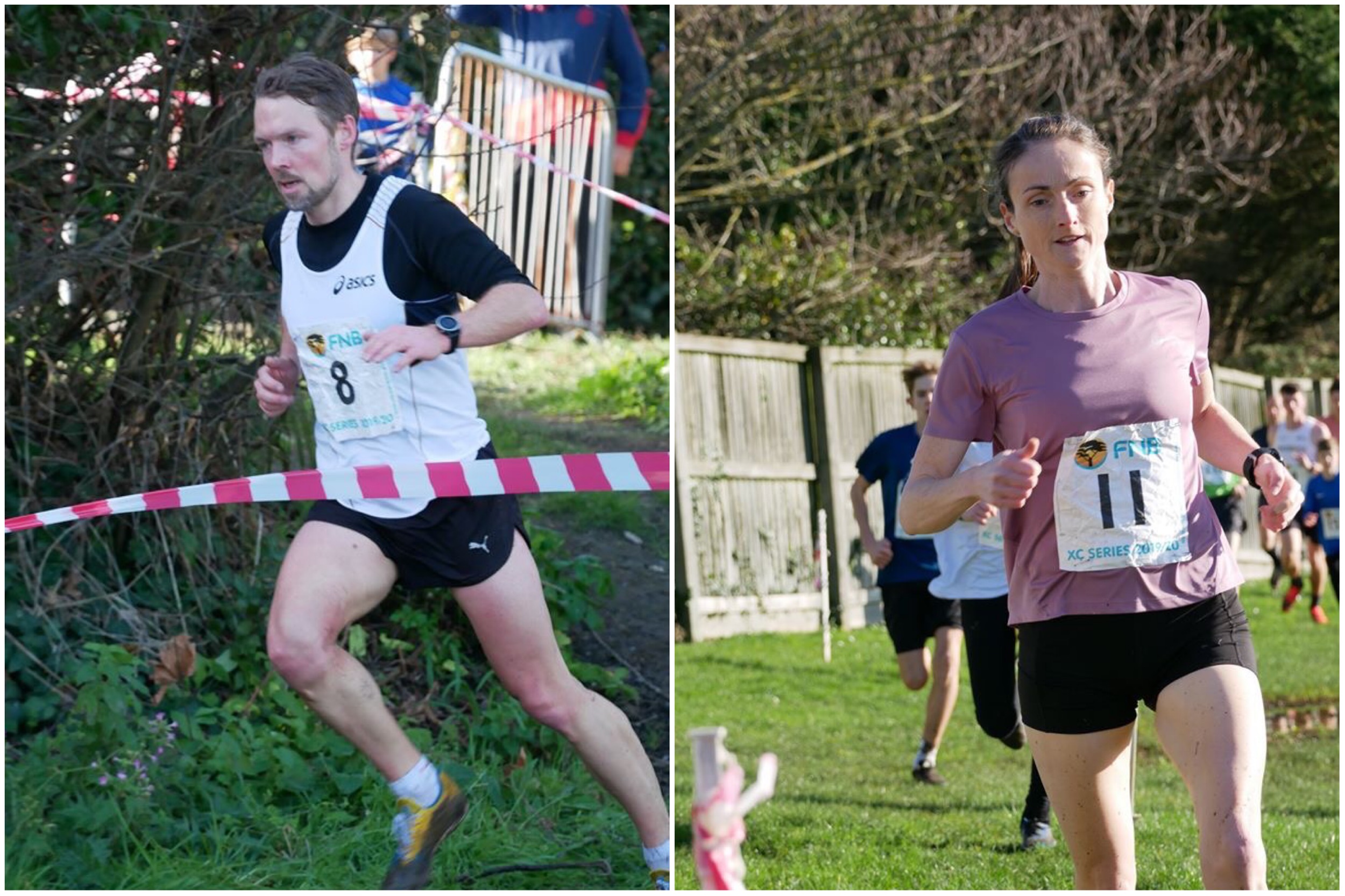 On a tight one-mile loop course with a surprisingly wet section each had to yield their races to James Priest and Sarah Mercier respectively but consistency over the four races earned them their respective titles.

James Priest, the 2018/19 Champion ran a positive race for maximum points in the final race but to overturn Friedrich he needed to finish two paces clear. With Sam Lesley initially slotting into second place this looked possible but with Friedrich passing the improving middle distance runner mid-race the writing was on the wall for Priest and his impressive win was not enough to hold on to his title. “I did my part but Sam Lesley didn’t do his” joked the overall runner-up.

Sarah Mercier won the 4 lap / 4 mile race in 24 minutes 58 seconds and was followed home by improving athletes Tom Nichols and Ethan Woodhead with Jenny James in fourth. Two place further back Chris Bain had just done enough to claim the division two title but the women’s title was safely in the hands of James well before then.

Thierry Le Cheminant finished strongly to claim the 3 mile race in 19 minutes relegate fellow 15 year old Summer Woodhead to second place in both the final race and the overall division 5 title. Whilst Thomas Merrien continued his good run of recent form to win the U13/U15 2 mile race and also claim the divisional win.

Look out for extensive coverage in Monday’s Guernsey Press.