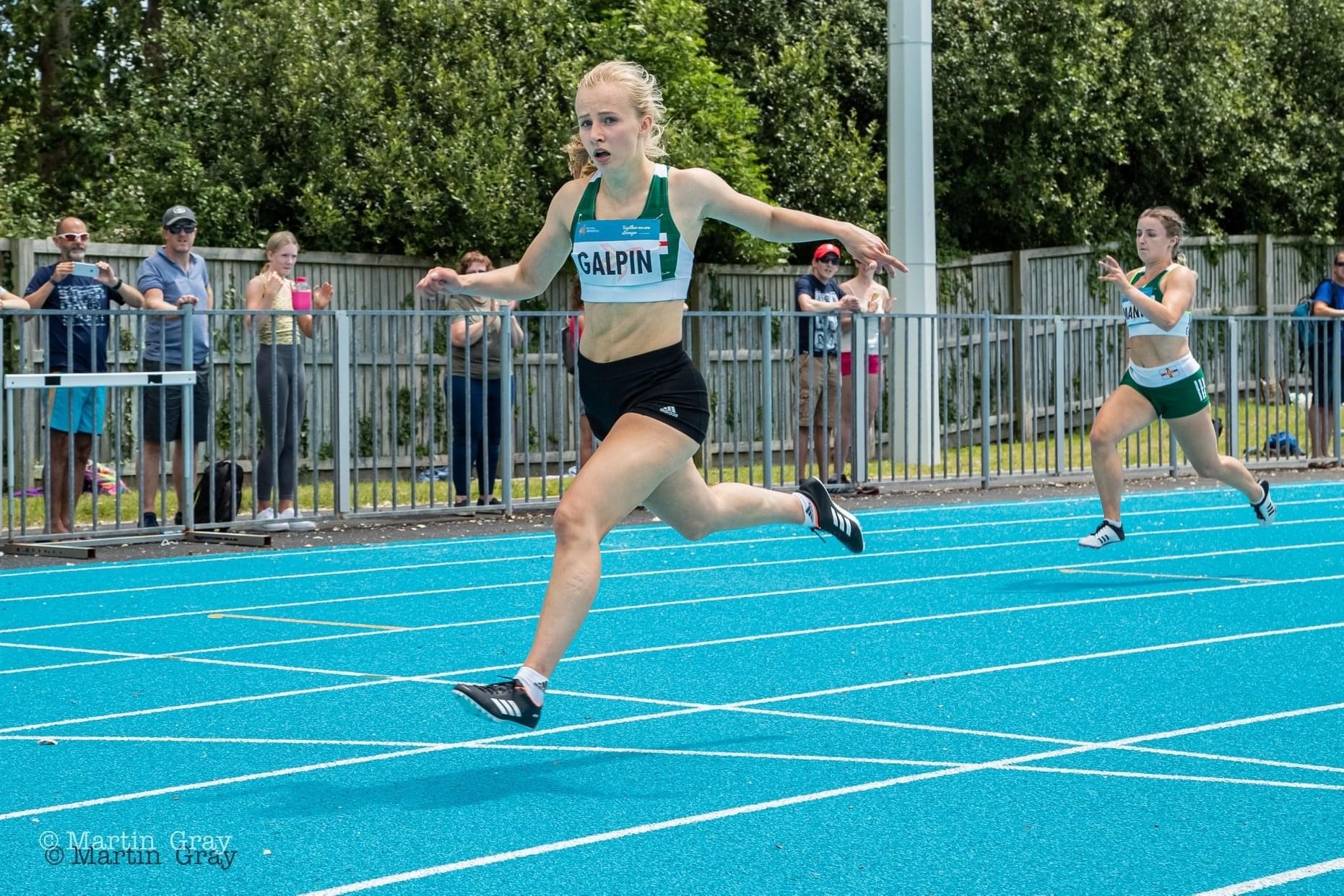 Galpin and Allaway power to the top of British rankings

Abi Galpin (above, photo courtesy of Martin Gray) and Josh Allaway both went top of their respective British rankings for 100m as Footes Lane hosted the British Isles’ first track and field meet of the summer season. The meet was held in Guernsey “Phase 4” conditions with social distancing maintained throughout.

Galpin lived up to the pre-race hype surrounding her season debut, following a promising indoor campaign over 60m and 200m back in the winter. She twice went close to surpassing her PB of 12.30sec at the first time of asking, clocking 12.34sec to win the first round with a following wind of 0.5m/s, before a fast 12.24sec victory in round 2. Unfortunately the latter was ruled out for PB or ranking purposes due to a marginally illegal 2.2m/s tailwind.

Allaway suffered a similar fate as he bettered his 11.08sec (+0.9m/s) opening round win with 10.93sec in the second round. He too had assistance of 2.2m/s – but despite the illegal wind it is a truly impressive return for the multiple Island Games sprint medallist.

Amelia Lees, Vicky Mann and Tom Druce all faired well over the same distance, clocking 12.92, 12.96 and 11.09 respectively in their wind-legal first rounds.

James Bougourd was the star in the field events as he went close to his PB in the javelin with 56.69m in the javelin – his best throw since his PB set at the South of England Champs back in 2017.

Sia Banbury went beyond 40m in the hammer despite suffering more than most from lack of facilities over the past few weeks and months, and the Island record holder will hope to go from strength to strength as the summer season kicks into gear.

The much-anticipated 800m proved a truly fascinating race, with Sam Lesley taking the expected victory in 2:01.39. All four athletes looked to find the large stagger a challenge with regards to pacing the two lap race, but it made for an entertaining finish with Isaac Powers second ahead of Will Bodkin and James Priest.

The track and field season will now kick into life without the Phase 4 restrictions – the next fixture is scheduled for 28th June and more details will follow.

The results of today’s meet are here.