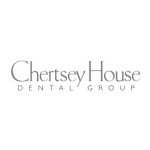 A modern classic -The “Imperial 10” is proving one of the favourites in the local road race calendar with the hill climb up to Torteval  at the start being offset by a fast &  flowing middle section.  This results in a  picturesque and deceptively fast course.

Chertsey House events are open to non-members or entrants wishing to do a one-off race. If you have raced previously in series please use your Chertsey Number to ease sign in.

It may not have quite the history of local road racing events such as the Church to Church walk or the Liberation Day run but the Imperial 10 is building the reputation of a modern classic. Forming part of the Chertsey House road series the loop course based around the south west of the island is colloquially known as the “Chertsey 10” or “Imperial 10”.

The GIAAC has held a championship 10mile event since the 1970s. Firstly over West Coast Routes such as Albecq to White-Rock or Imperial to L’Ancresse but these events could easily be ruined by strong winds.

“I was working at Tektronix in the 1980s and saw the possibility of an inland, mainly sheltered, 2 lap loop course featuring only left hand turns and based at the Villaize, the problem with the route was that although fairly flat the hills it did have seemed to hit you in the wrong place namely a climb from St. Peters Village past the airport at 3m and again at 8m”

“The Club kept the race in the calender for over 10 years but it was never the most loved course” Ingrouille added – “we then turned the concept round – asking ourselves “what about a course that seemed hilly but had hills in the right place?” “.

And so the Imperial 10 was born – and first run on 8th February 2004 – featuring a stiff climb in the opening mile to Torteval Church but followed by several flat miles then a steady descent through St. Peters Village, Plaisance then past La Hougette and hitting the coast at the Perelle 7 mile mark then returning pas the Imperial to the Portlet finish line, via a diversion inland at Rocque Poisson past the Vicheries orchid Fields.

“admittedly, with some exposed coastal roads in the closing stages the course can suffer with strong south-westerlies – but that is the cost of being on an island, the dip back inland at L’eree (Rocque Poisson) can break up any battle into the wind should it be in that direction”.

The opening race over the course was won by Steve Dawes in 59 minutes 10 seconds, a modest time by his standards. Dawes went on to win the event on no less than 9 occasions with his fastest time being 51:40 run in 2011.

The traditional date in either January or February suits a lot of runners building towards marathons or shorter distance runners seeking a long distance race out of the track season.

One runner who uses it as the former is course record holder Lee Merrien ”I’ve used this race a few times now as part of my preparations for London Marathon as it’s an ideal under distance race. Equally is useful as an over-distance race at this time of the year. It is also a deceptively quick course too and I’ve surprised myself with the times I’ve run on it despite often being in heavy marathon training”.

Louise Perrio is has approached the race from the perspective of over distance work is and she tops the women’s rankings with her 2013 time of 59:32. Perrio was the first Guernsey woman to break the hour for 10miles three years earlier but admits good competition with the leading men runners helped her.

“In 2010 I can remember it hailing on the first Torteval climb, but I got into a good race with Ben Wilen and Tristan Robilliard that seemed to help me through” she said before adding ” I don’t remember 2013 as clearly but recollect catching a group in the middle of the race and having to work hard to stay ahead of them in the closing stages”.